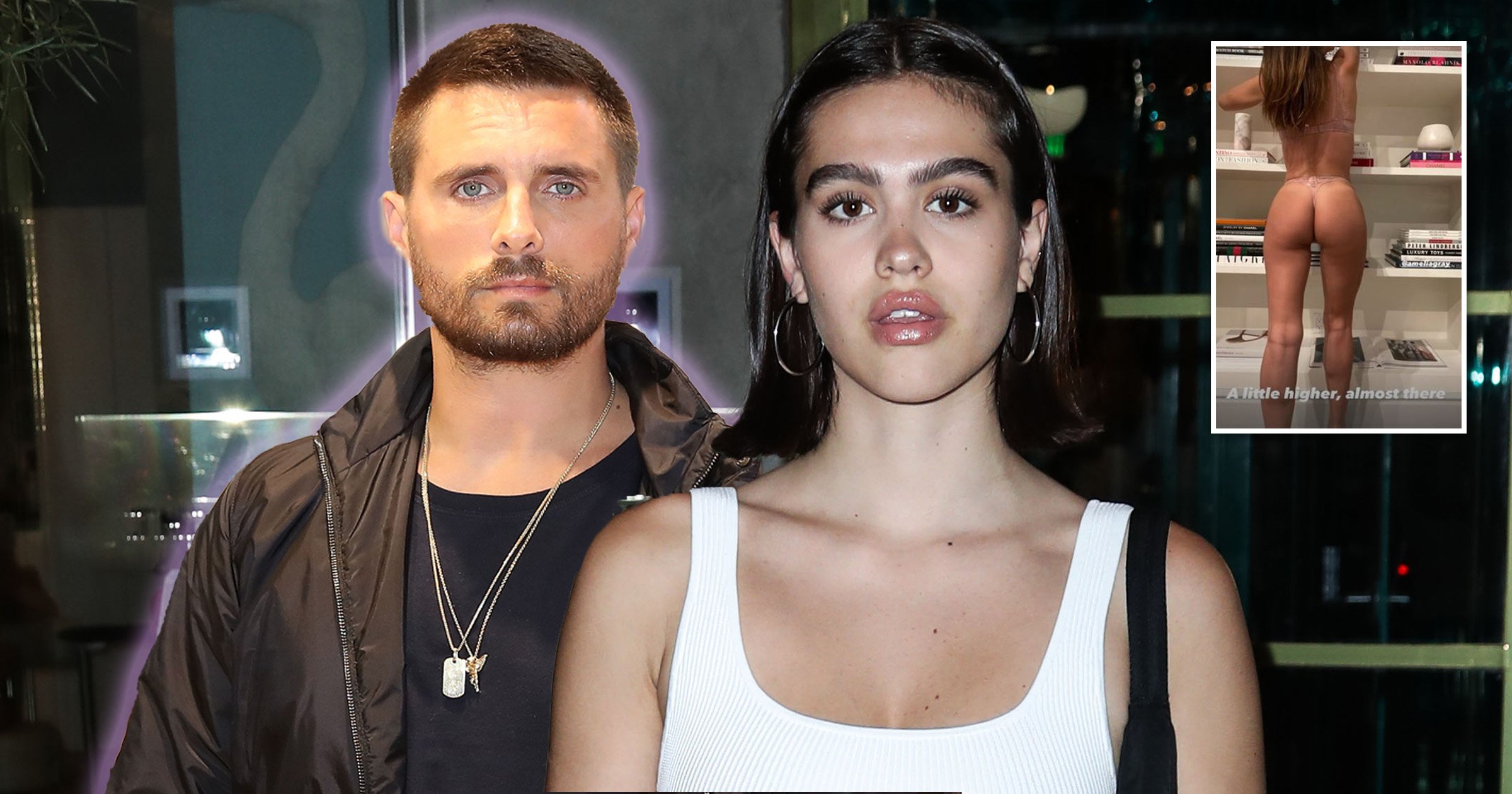 Scott Disick made it very clear he isn’t bothered about the backlash surrounding his relationship with 19-year-old girlfriend Amelia Hamlin as he posted a revealing photo of the reality star.

It seems the 38-year-old decided to try and take a leaf out of ex-girlfriend Kourtney Kardashian and her boyfriend Travis Barker’s social media PDA manual as he shared a snap of the teenager in nude lingerie on Instagram over the weekend.

In the snap, Amelia had her back to the camera as she appeared to be trying to reach something on the highest shelf of the bookcase she was posing against.

Scott playfully captioned the image: ‘A little higher, almost there.’

The suggestive snap was sure to raise a few eyebrows as many fans still have mixed feelings about the star’s relationship with the youngest daughter of Real Housewives of Beverly Hills star Lisa Rinna.

Their romance has received constant criticism due to the 18-year age gap between them, with some of Lisa Rinna’s RHOBH co-stars even making comments about the age difference.

However, it appears Scott has managed to win over his girlfriend’s family as Lisa confirmed that they have met each other.

Lisa, 57, also took time to compliment the father-of-three as she recalled the moment when herself and husband Harry Hamlin met Scott.

She told Andy: ‘Very similar to what you thought when you met him, he’s more handsome in person. We had a very nice time. He met Harry.’

Fans have given up hope that the pair might reconcile after Kourtney went public with rocker Travis earlier this year.

MORE : Lisa Rinna reacts to daughter Amelia Hamlin dating Scott Disick: ‘It is what it is’

Zendaya’s Lola Bunny debuts in new Space Jam: A New Legacy clip and fans aren’t sure how to feel: ‘It just doesn’t fit’

Who is replacing Sophy Ridge on Sky News?