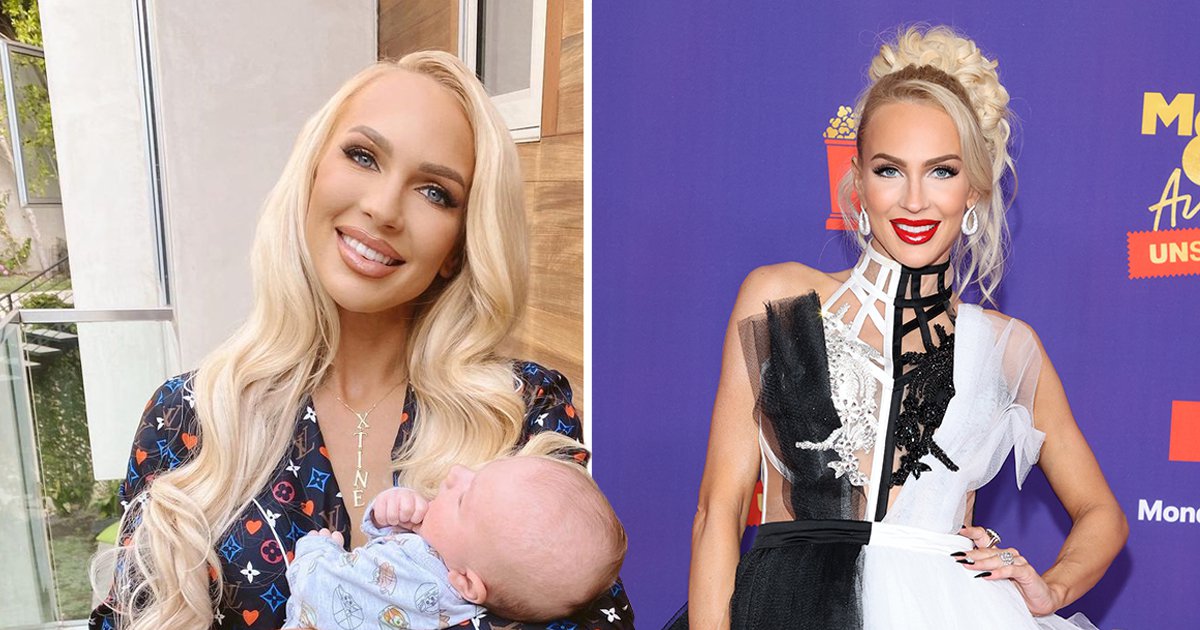 Christine Quinn has revealed that she is ‘lucky to be alive’ following the ‘traumatising’ birth of her newborn son, Christian.

The glamorous Selling Sunset star welcomed her first child with her husband Christian Richard in May following an emergency caesarean.

And in her recent Instagram post, the 31-year-old has now thanked doctors for saving the lives of herself and her child.

Reality star Christine explained that her baby son was ‘seconds away from not making it’ as he had his umbilical cord wrapped around his neck while she was ‘flatlining’.

Detailing the severity of the situation, Christine wrote in her lengthy caption: ‘Happy 2 month birthday to my sweet little baby!

‘Two months ago today, you made an extremely dramatic entrance, just like your mommy. (Except you were very early, and I am always late).

‘Reliving the trauma on Selling Sunset about my birth experience, was one of the most difficult things I have ever done; let alone allowing these very raw, personal moments of my life captured on camera.’

Admitting that she ‘doesn’t often feel publicly vulnerable’, Christine said that she still feels ‘traumatised’ two months on from her difficult birth.

The blonde explained: ‘After my water broke the day I was filming, I was rushed to the hospital already 9cm dilated.

‘Hyperventilating from the excruciating pain, I was immediately rushed into an emergency crash C-section due to both our heart rates instantly plummeting.

‘Baby C umbilical cord was wrapped around his neck. Baby C was seconds away from not making it.’

Christine revealed that the situation was such an emergency that surgeons ‘didn’t even have time to count their tools before stitching me up as I was flatlining.’

‘They ran me through the X-ray machine immediately after surgery to ensure there was no remaining tools left in my body. I am so grateful for the doctors and surgeons that saved BOTH of us,’ Christine said

‘I thank God every day for my blessings, and my miracle baby. Always remember life is too short and grudges are a waste of perfect happiness.

‘Let go of what you can, and take chances. Give everything and have no regrets. Life is too short to be unhappy.

‘With this, I realised that with the responsibility of being a role model, it requires complete authenticity, and I wouldn’t be genuine if I didn’t share my vulnerabilities in the process.’

‘That to me is the true definition of being a Boss B****,’ she concluded.

Season four of Selling Sunset will soon be released on Netflix.

Seasons one to three of Selling Sunset are available to watch on Netflix.

Butterfly Count 2021: What is it and when does it start?