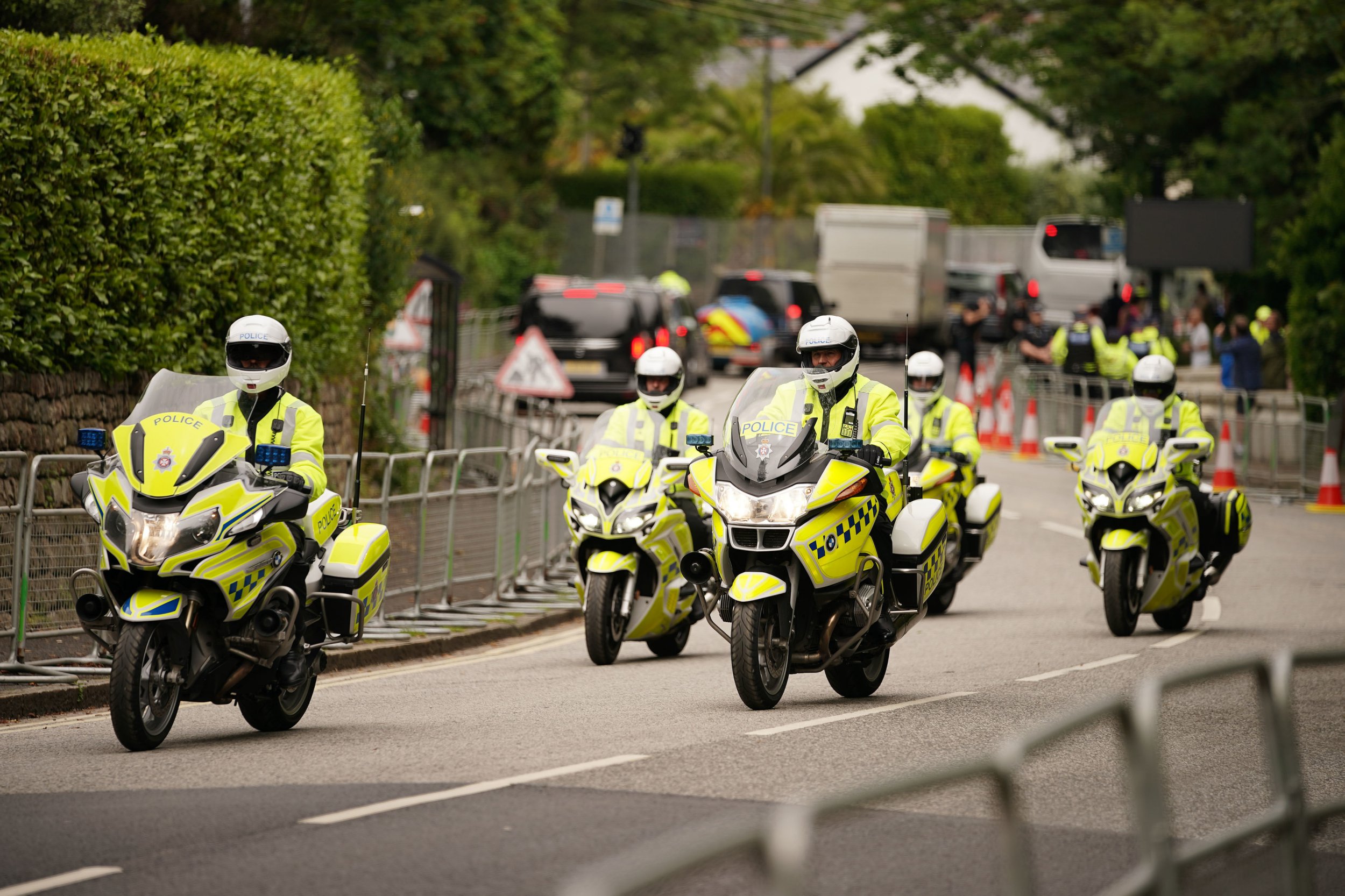 Paint, smoke grenades and loud hailers were among the items seized by police after they pulled over a car and van travelling near the G7 summit in Cornwall.

Seven people were arrested following the stop, which took place roughly seven miles from the Carbis Bay Hotel where the meeting of global leaders is being hosted.

The two vehicles were searched near Loggans Road in Hayle at around 5pm on Thursday.

A spokesman for Devon and Cornwall Police said: ‘The items and the vehicles have been seized by police as part of ongoing inquiries in relation to this matter.

‘We continue to support the facilitation of safe and legal protest but criminal activity and public disorder will not be tolerated.’

The arrests come after police warned that disruptive and ‘annoying’ protests will take place during the summit.

The force earlier confirmed that around 40 groups had been in touch to confirm their intention to demonstrate at the event.

But a number of others have said they will not liaise with police.

Over the past week, 5,000 mutual aid officers have arrived in the area from forces across the UK. They will join 1,500 officers and staff from Devon and Cornwall Police being deployed at the event.

Designated protest sites have been set up in Truro, Falmouth, Plymouth and Exeter, but many protesters are expected to go to the St Ives and Carbis Bay area.