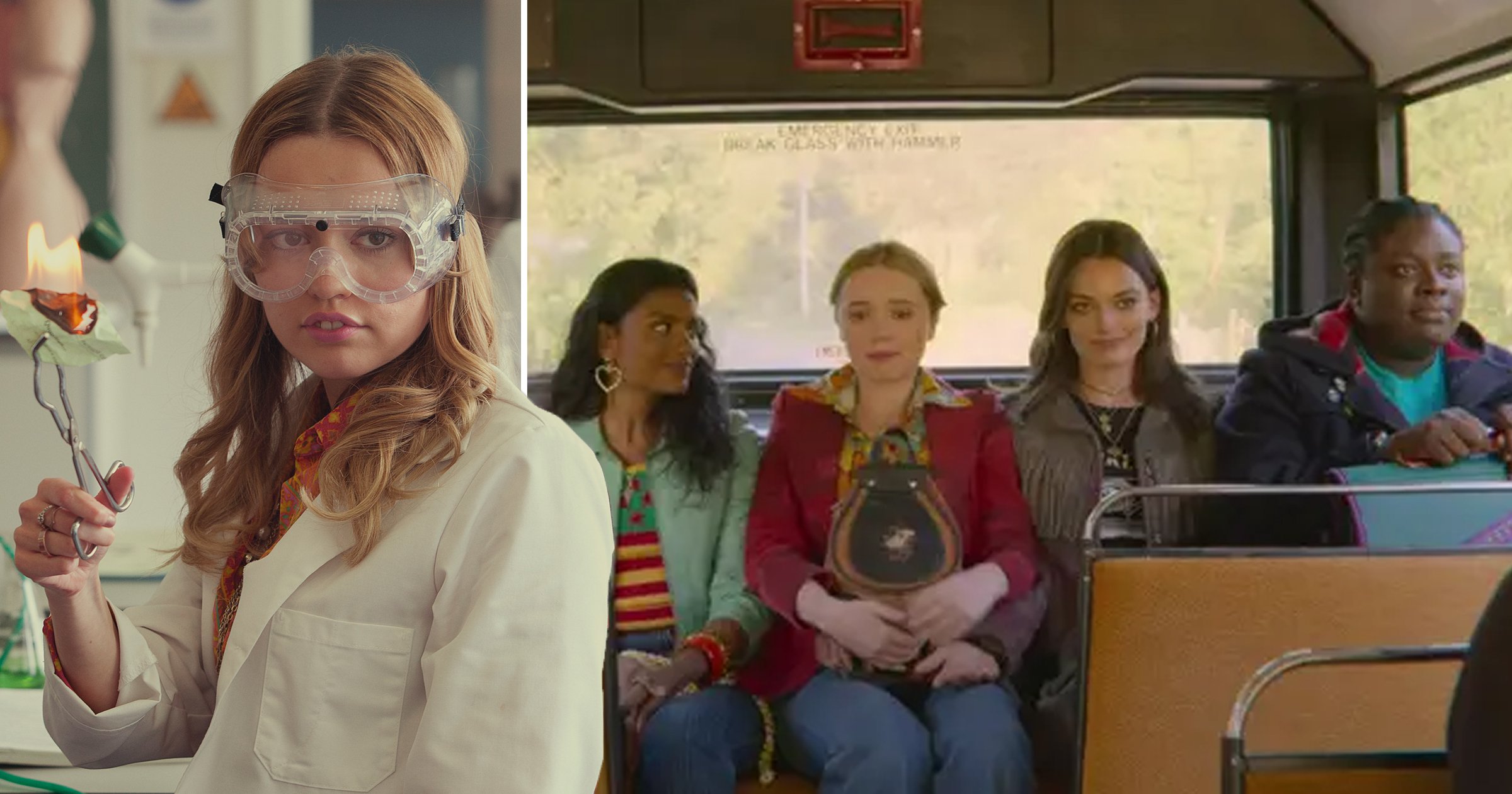 Aimee Lou Wood has revealed an ‘amazing’ that was cut from series 2 of the Netflix triumph, Sex Education.

The show follows the lives of students as they battle with figuring themselves out and growing up. Its honest and raw storylines have garnered a bevvy of loyal fans.

The 26-year-old star – who plays Aimee Gibbs – said a scene she filmed with co-star Susan Lynch (who plays her mum) was cut from the programme.

To refresh your memory, it is during this season that Gibbs was sexually assaulted by a man on a bus. Throughout the series, the show beautifully explored her struggles and how she overcame what happened to her.

But there was one scene that was removed from the storyline.

Wood revealed: ‘It’s after the girls have all been smashing stuff and then she goes back… but it kind of felt like, and I get it, it felt like a bit of a double ending because all the girls waiting for Aimee and saying, “We’re all getting the bus”… that was her catharsis, that moment.’

‘And it felt like a double catharsis because she comes back, she tells her mum, they have this amazing scene, and then the next scene would be all the girls waiting.

‘So they had to pick one of the two and I’m really glad they picked all the girls waiting because it’s my favourite scene ever. But the scene with Susan, she was so bloody brilliant in it and we were a bit smug on the day. We were like, “Bloody hell, we’re doing some good acting today”.’

It was when the actress watched the episode back that she noticed the scene was missing and, even though she would have loved to have seen it, Wood said removing it was the ‘right decision’.

However, she also revealed that this wasn’t the only moment edited out of season two. One scene she shared with Famalam’s Gbemisola Ikumelo, who starred in one episode of Sex Education as Huma, was removed too.

Bafta TV Awards 2021: Time, nominations and how to watch it on TV tonight

It involved the girls in the cast singing along to All Saints in a car with a lizard, which Wood said she ‘was so sad’ about it not making it in.

Ikumelo said she understood why they didn’t include the scene, as she knew there were ‘more important storylines than me with the lizard’.

Sex Education seasons one and two are streaming now on Netflix.

From the Friends reunion line up, it seems the show hasn’t taken diversity criticism on-board

Celebrity Gogglebox: Stars horrified as Supervet operates on his own dog