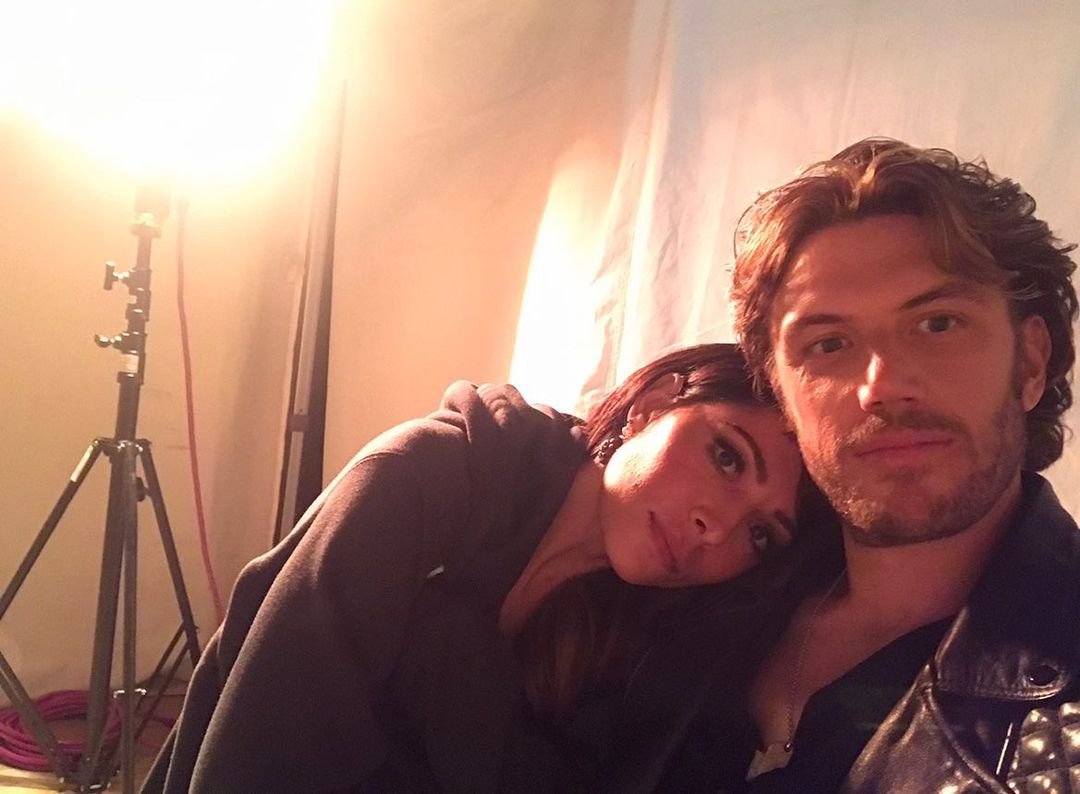 Sex/Life star Adam Demos has dubbed his girlfriend and co-star Sarah Shahi an ‘angel’ as he shared a sweet snap of her.

The Brad Simon actor is clearly loved up, dropping an adorable photo of Sarah as she gave a cheeky smile, posing in a pair of dungarees and a cap.

‘Angel’ he wrote next to the photo, tagging his girlfriend.

Adam, 36, is currently in mandatory quarantine in Australia after returning home after filming, while Sarah, 41, has remained in the US.

The Billie Connelly actress is also clearly missing her beau, commenting on one of his photos: ‘My moon baby. Come back.’

Adam and Sarah fell for each other on the set of the Netflix show, which filmed in late 2020, and have seemed completely loved up ever since.

It become an overnight hit, in no small part thanks to a full frontal nudity scene starring Adam, which had viewers pretty stunned.

On the topic of filming the intimate scenes himself, Adam told Entertainment Weekly: ‘I was okay with it because you read the script and know what you’re getting yourself into from the start, so I don’t think you would sign on to a show after reading the scripts and then say no last minute.’

He added: ‘That doesn’t mean you can’t have discussions about comfort level, which they allowed us to have — and with the intimacy coordinator, so it felt a lot safer.’

Netflix releases trailer for upcoming anime film The Witcher: Nightmare of the Wolf

‘Bless her heart, she was really committed to jamming herself in a car or in a stairwell, these were positions that were really hard on her body,’ Casey shared with Metro.co.uk.

‘We are doing these scenes for hours at a time, much longer than people would normally be doing those positions. The guys were really protective of her because she was in every scene and she worked very hard.’

Sex/Life is available to stream on Netflix.

MORE : ‘The sex party was complicated’: How Sex/Life changed the conversation around consent and intimacy on set after the pandemic

Love Island spoilers: Furious Chloe slams Toby after new girl Abigail tells him to ‘dump her and get with me’