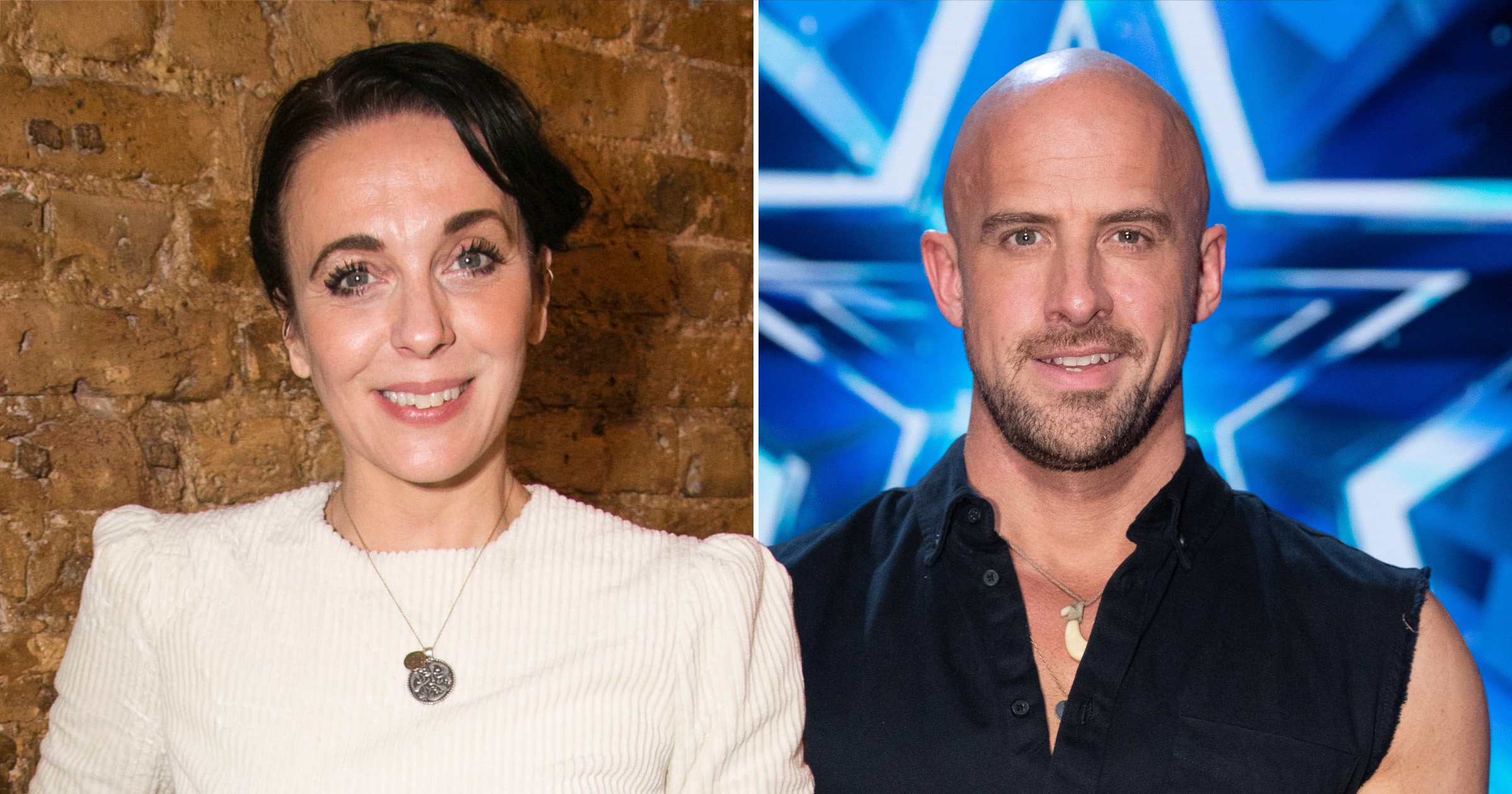 The Sherlock star, 47, went public with TV stuntman Jonathan Goodwin, 41, after he shared a photo of the two of them, captioned: ‘That was possibly the longest game of hide and seek ever…. #FoundYa.’

Amanda also commented on the photo, which was posted at the start of October, adding: ‘I love you,’ before later sharing a photo of the two of them on her own page.

However, fans spotted that there was an engagement ring emoji in Jonathan’s Instagram bio, which reads: ‘”Worlds greatest theatrical stunt performer”. Walking the line between genius & idiot. Never been an alcoholic; don’t drink. Regularly in AA,’ leading them to speculate the couple might have got engaged as well.

Amanda had also confided she was dating the daredevil stuntman to The Daily Mail, revealing: ‘Jonathan sets fire to himself and catches bullets for a living, but is also grown up, sensitive, and considerate. I’m completely besotted.’

It comes nine months after Amanda split from The Queen’s Gambit actor Jonjo O’Neill after four years together.

She and Jonjo, 42,  had moved in together during the pandemic but she had announced they had split on social media, saying on Instagram Live at the time: ‘Sadly no Irishman anymore. He’s gone… it’s fine, it’s just one of those things.’

Amanda and Jonjo had got together following her split from Martin Freeman, 50, in 2016 after 16 years together. The couple share two children; son Joe, 15, and daughter Grace, 12.

She recently discussed her split from Martin on Instagram Live and the effect it had on her kids, telling her followers: ‘I think it’s unsettling if I pretend I’m this Stepford Wife parent.

‘Nobody is. I’m sure I’ve given them irreparable damage and they will be going to therapy because of me and Martin at some point.

9 of the best TV shows set in London

‘If I can teach them to talk about it, say there’s nothing to be frightened of or ashamed of with whatever you’re going through.

‘Whether you get drunk or try drugs, whatever you do — this place where we live is a safe place where you can say whatever you like. That’s what I am striving for and what Martin strives for as well — to create a place where they’re not hiding anything.’

MORE : When did Amanda Abbington and Martin Freeman meet and do they have children?