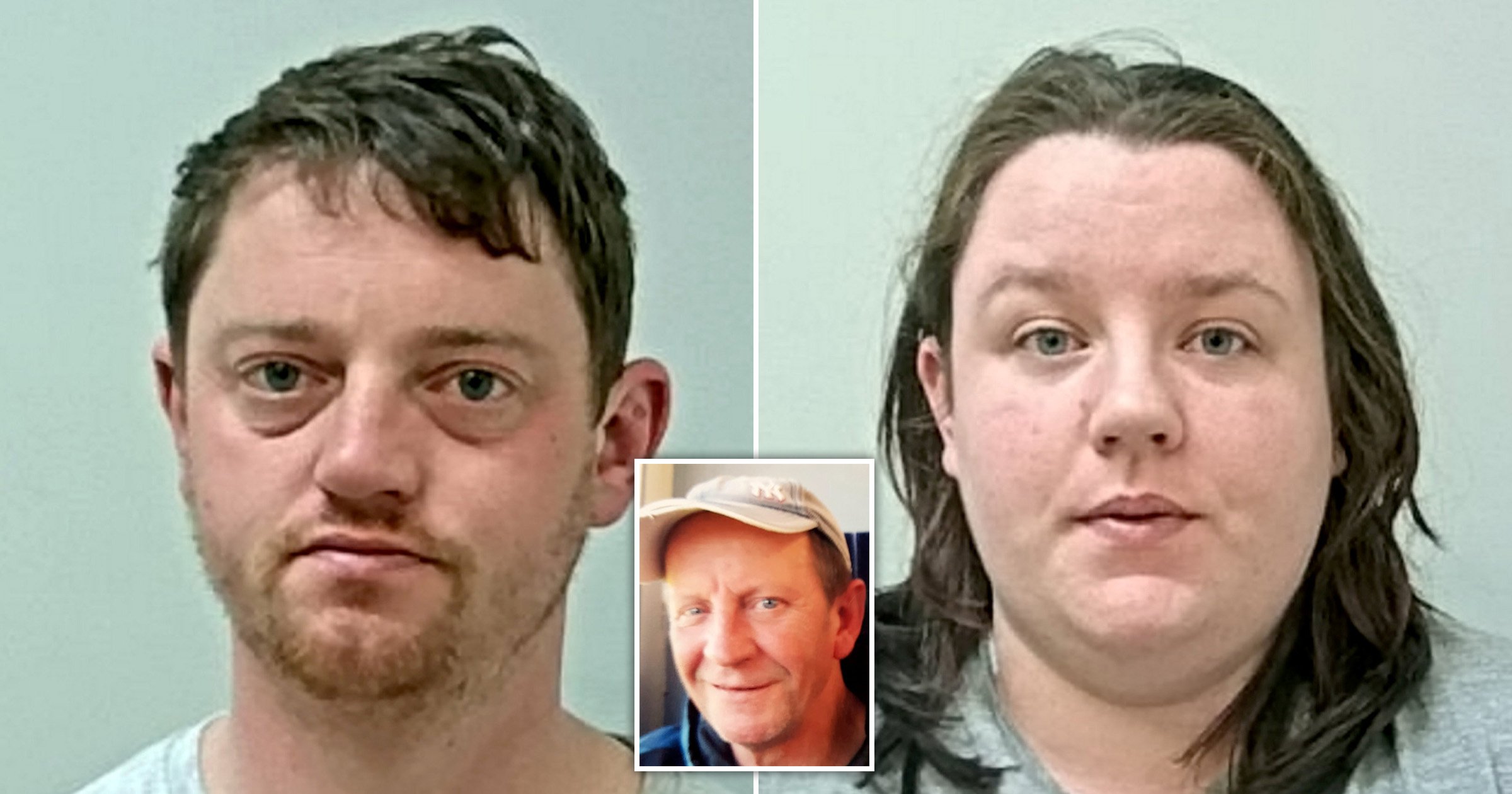 A brother and sister who caused their friend’s death by force-feeding him a kebab while he slept have been jailed for manslaughter.

David Noble, 34, and Nicole Cavin, 24, were on a train to Barrow in Cumbria in March 2019 when they began pushing the meat into the mouth of sleeping David Clark, 56.

After his mouth was filled with chicken, Mr Clark was awoken by his own vomiting before collapsing on the floor.

The court was told how Cavin attempted to remove the meat from his mouth before fellow passengers attempted the Heimlich maneouvre.

Paramedics were called to the scene but Mr Clark had to be rushed to hospital, where he died the next day.

During the trial at Nightingale Court in Preston, the jury was told that Noble and Cavin had been drinking at a resort in Blackpool before boarding the train.

Mr Clark, who they knew prior to the incident, boarded at Lancaster at sat next to them.

But Mr Clark quickly fell asleep after having consumed 15 pints while watching football with a friend throughout the day, the jury heard.

It was then that Noble and Cavin began filling his mouth with meat as part of a cruel prank.

It is believed a piece of chicken ‘the size of a golf ball’ became lodged in the father’s throat.

Noble and Cavin were found guilty of manslaughter on May 4 of this year.

Detective Chief Inspector Steve May said: ‘This was an unusual and highly complex legal case and I commend the courage of those witnesses who came forward and provided statements and those who attended court to give evidence.

‘The dignity and composure of Mr Clark’s family has been exemplary throughout and I hope that they can take some comfort in the knowledge that justice has been done.

‘Our investigative team deserve mention for their consistent and thorough work to see this case brought to its conclusion.’

Investigating officer Detective Sergeant Gemma Jones added: ‘This is an incredibly tragic case and we send our heartfelt sympathies to the family of the victim David Clark.

‘We are pleased that the case has finally been brought to a conclusion.’

Following the guilty verdict, Mr Clark’s family said in a statement last month: ‘David was a loving husband, father, brother and friend and a popular character in the local community. His death has left a large void in our lives.’

Human remains found in search for woman, 20, who was missing for a month