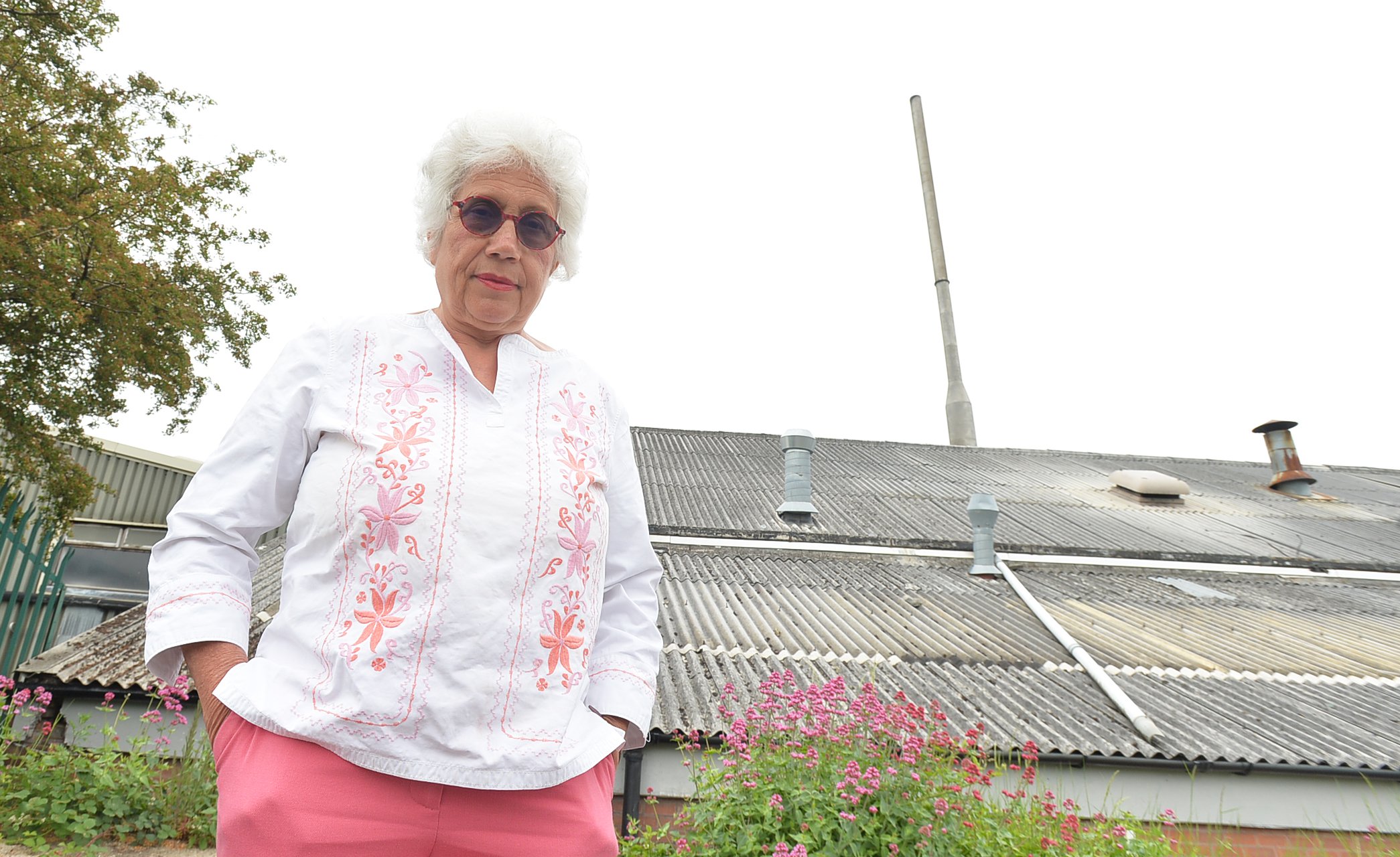 ‘Nauseating’ fumes from a textile factory are enraging residents of a Leicestershire village, but the council says there’s nothing they can do about it.

Locals of Thurmaston, say the horrible smell forces them to evacuate their gardens and shut their windows whenever it blows their way.

Despite paying 42 visits to the Digital Dyers factory in the past five years following numerous complaints, residents say the council hasn’t done enough to rectify the stench.

They say the smell, caused by evaporation as fabrics are dyed, has actually got worse and many are scared about what substances the exhaust might contain.

Living nearby is Cyril Wooding, 81, who said: ‘Charnwood Borough Council always just say there’s no danger, but I need to know what the chemical is.’

Claire Jackson, who like Cyril is a member of Thurmaston Parish Council, says it’s been an uphill struggle trying to get the borough to investigate further.

She said: ‘The chimney has been discussed at every meeting of the parish council’s environment committee that I have attended and for many years before I joined.’

Claire added that the smell persists despite the chimney being fitted with new filters and built higher to disperse emissions more widely.

Adam Edgeley, 64, added: ‘It’s been going on for years and it seems to be getting worse recently. We get fumes in our garden and it smells like white spirit – it’s not nice.

‘People around here are having to shut our windows when it comes this way and we complain to Charnwood Borough Council and they say they can’t go taking samples just because we don’t like the smell.

‘It’s dark smoke coming out of the chimney and the smell is horrendous. I’m the full-time carer for my 86-year-old mother and I’m sure that it’s no good for her.’

Jayne Corbiner, 64, said: ‘I’m sick of it and I’m thinking of moving away from here. It’s getting to be too much.

‘There is smoke blowing out of the chimney day and night, seven days a week, and sometimes the smoke is blue and stinks like burning rubber.

‘When it blows my way I get a sore throat and it can make you feel nauseated, too.

‘I’m going for an asthma test because I’ve had a cough that’s been getting a lot worse recently.

‘A lot of people in the cul-de-sac here have been getting ill and I’m worried it could be a contributing factor.’

A Charnwood Borough Council spokesperson said that following complaints, the authority first issued the a statutory abatement notice requiring the business to adopt reasonable controls to minimise the issue.

Since then the council has received 30 complaints about the stench, the last of which was made on April 14.

The spokesperson said every one of these was investigated, on top of further proactive visits, meaning officials have visited the site 42 times since 2016.

They added: ‘We certainly understand residents’ concerns about local odour, however, on the evidence available from the visits we have made we have not been able to ascertain a regular and persistent odour to enable further action to be taken against the textile finishing operations in question.

‘We will continue to monitor the situation and make visits to the area. We investigate all odour complaints we receive and where appropriate, undertake all available enforcement actions.’

Sukvinder Singh, who owns the factory, stressed that standards at his business were even higher than regulations demand and that he has always cooperated with the council and Environment Agency.

He added: ‘It’s just normal evaporation from the dyeing of fabrics. This country has the cleanest textiles industry in the world with all the regulations we have.

‘We are also certified by Oeko-tex, which is voluntary and controls what goes into our fabrics.’

He said he received abusive phone calls: ‘We get abusive calls all the time. I feel threatened all the time. There is a handful of residents who have got it in for us.’

Tom Hanks and Steven Spielberg’s £176million series on hold after Covid outbreak: ‘Everyone is very angry’