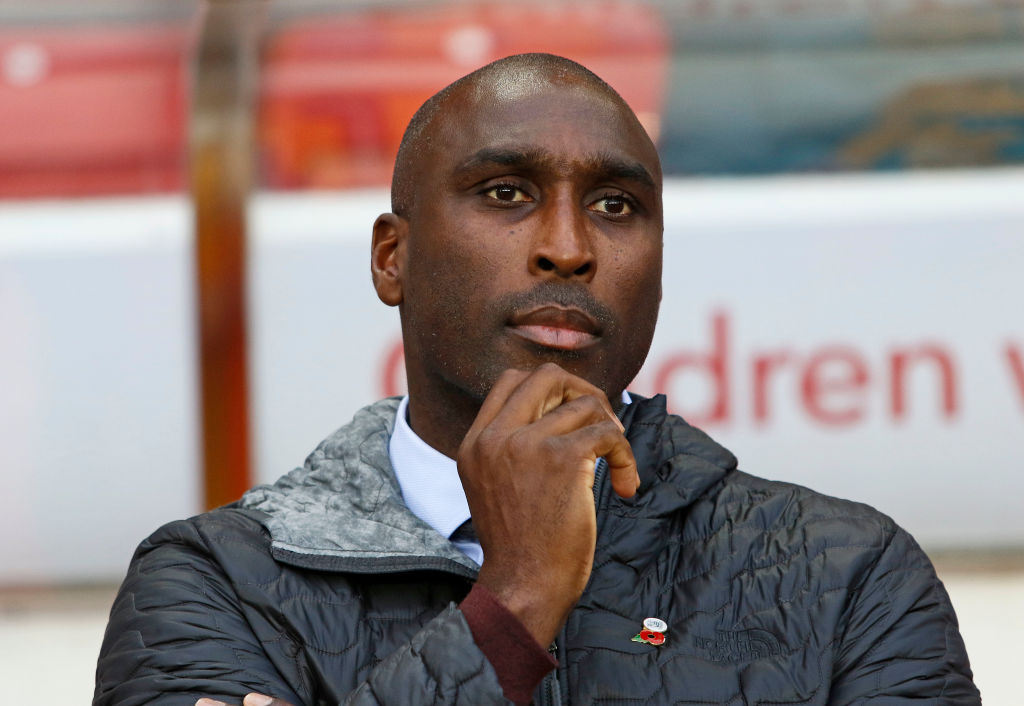 Mikel Arteta is in the market for a new central defender following David Luiz’s departure at the end of the season.

Bayer Leverkusen’s Edmond Tapsoba and Sevilla defender Jules Kounde have both been linked with a move to the Gunners.

But Campbell believes Coady has the qualities needed to improve Arsenal’s back line.

‘There’s a lot of players out there who can fit the Arsenal mould,’ said Campbell, who was speaking to Ladbrokes at the launch of their new European Championships 5-a-side Bet.

‘Conor Coady is a good player; he’s comfortable on the ball, he’s a winner. He’s definitely got the kind of mentality Arsenal should be looking at in new players.

‘He’s definitely someone they should look at because he’s so solid, he wants to defend. He can pass as well, he’s quick, he’s strong, he’s good in the air. He’s a good all-rounder and he’s got a bit about him.

‘He’s at a good club now in Wolves, but he’s actually someone I’d be looking at for Arsenal this summer. He’s got a great attitude as well, and I like that.’

‘It’s clear the spending power isn’t there; it’s nowhere near the levels other clubs are willing to spend, so they’ve got to look at that next level down. But in that next level you can still find decent players.

‘They’re just got to look a little bit harder. Leicester do it. Arsenal need the right people out there looking at players. The club doesn’t have the funds to take a risk on a player for £50m, £60m for it not to work out.

‘But look at what Leicester have done in recent years; they don’t really tend to spend more than £30m on players and more often than not they’ve got it right.

‘A lot of teams take risks on spending smaller amounts on players and giving them a bit of time to develop. Look at Atalanta in Italy, Ajax have been doing it for decades, and now Leicester are doing the same in the Premier League.’