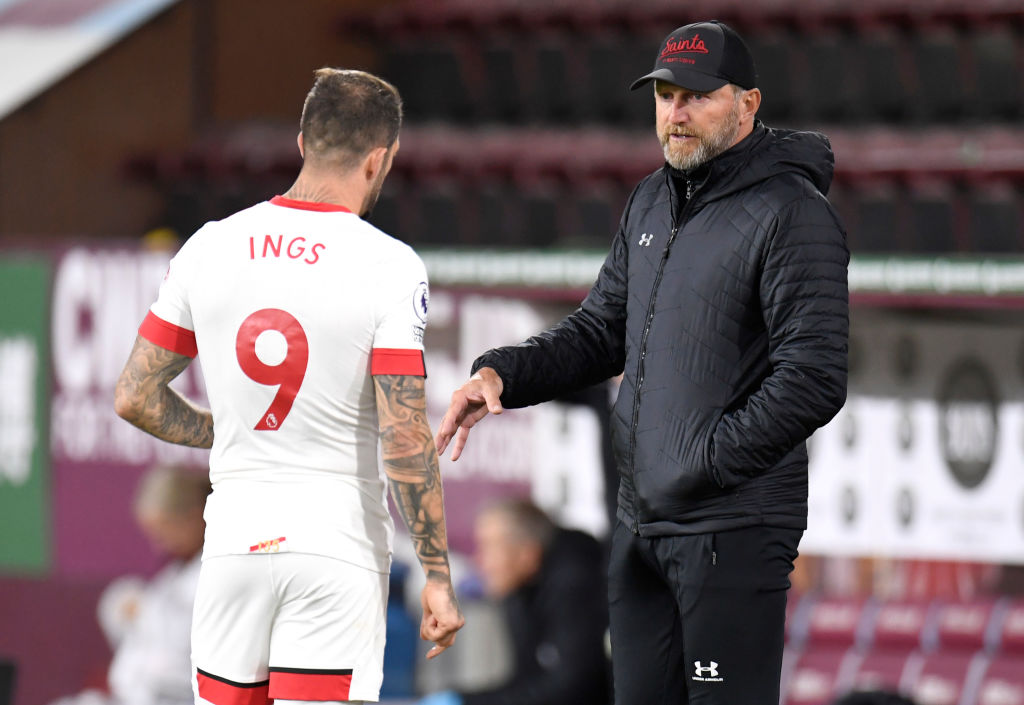 Ings, who is entering the final season of a three-year deal, is reportedly hoping to test himself at a higher level after scoring 12 goals for Southampton last season.

The contract offer would’ve made reportedly Ings the highest paid player in the club’s history.

But Hasenhuttl has urged Ings to stay put at the Saints despite interest from elsewhere.

‘We need this player, we want him to play for us. But it’s never helpful to go into the last season with one year left – this is what I think he should know. Messages like he doesn’t accept our contract, he doesn’t want to extend his contract, doesn’t help nobody, not him, not us,’ he told BBC Radio Solent.

‘I don’t know who sent these messages, it’s not coming from our side, definitely not. We have no interest in blaming the player or finding he’s not feeling good here at this club, no interest in not helping perform the best he can for us. It’s his position and if it’s like this, it would be a pity,’ he added.

If Ings continues to refuse a new contract, Hasenhuttl and Southampton will have a decision to make – to sell him or risk losing him for free next summer.

Despite the interest, it seems that Hasenhuttl is holding firm on his stance that Ings is not for sale.. for now.

‘He’s our player for another year, we paid a lot of money for him. When we brought him here, we invested a lot to get him to the highest level and how he is at the moment. We stuck with him with all these injuries he had, gave him the time to recover, gave him the time to perform,’ Hasenhuttl said

New wave of Covid cases is almost at the peak of winter flood of infections – but deaths slow, graphics reveal

England players to donate Euro 2020 prize money to the NHS