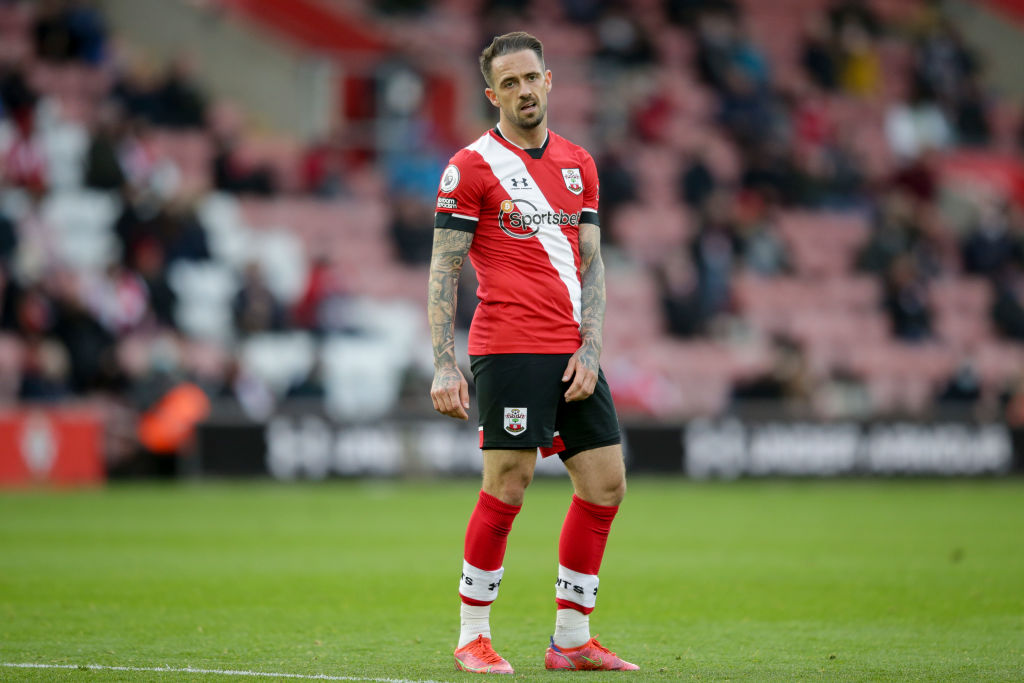 Southampton will reportedly consider cashing in on Danny Ings if they receive an offer of between £25-30million for the striker this summer.

Ings is out of contract at St Mary’s in 2022 and there has been some uncertainty over the 28-year-old’s future as he enters into the final 12 months of his current deal, with Manchester United said to have made tentative enquiries.

Ole Gunnar Solskjaer has confirmed that Edinson Cavani staying on at Old Trafford does not end the Red Devils’ search for reinforcements up front and Ings is viewed as a far cheaper alternative to the likes of Harry Kane and Erling Haaland.

According to The Athletic, Ings has been reluctant to put pen to paper on a new contract as he has been holding out to see whether one of the Premier League’s top teams launch a bid to sign him.

The report claims that while Ralph Hasenhuttl is keen for Ings to stay put, the decision may be taken out of his hands with a bid of around £25-30m ‘almost impossible’ to reject from a Southampton perspective.

The Saints will not allow Ings to leave for less than his perceived value and the club would want a quality replacement lined up for the England international.

‘I’ve got a contract until the summer of 2022,’ Ings told talkSPORT when asked about the speculation surrounding his future last month.

‘I’ve just been focused on each game. Ultimately, I’ve still got a contract here.

‘My main focus is to finish the season strong.’

Despite missing much of the season through injury, Ings finished as Southampton’s top scorer with 13 goals in all competitions while also providing four assists.

The former Liverpool and Burnley attacker has scored 46 goals in total across his three-year stay at St Mary’s.

Former United striker Dimitar Berbatov has been surprised by the rumours surrounding Ings as he feels Solskjaer already has ‘pretty much everything’ up front.

‘Ings is a good player and I really rate him but I don’t think he is what United need at the moment,’ Berbatov told Betfair.

‘The club have pretty much everything they need in the striking department at the moment, lots of experience and pace.

‘Edinson Cavani keeps scoring, proving his worth and proving how good a decision it was to give him a contract extension, he scored an unbelievable goal the other day.

‘So, with all this in mind going for Danny Ings makes no sense to me.’

MORE : Jose Mourinho tips Dean Henderson to be ‘phenomenal’ in years to come for Manchester United

When will over 25s, over 20s and children get the Covid vaccine?