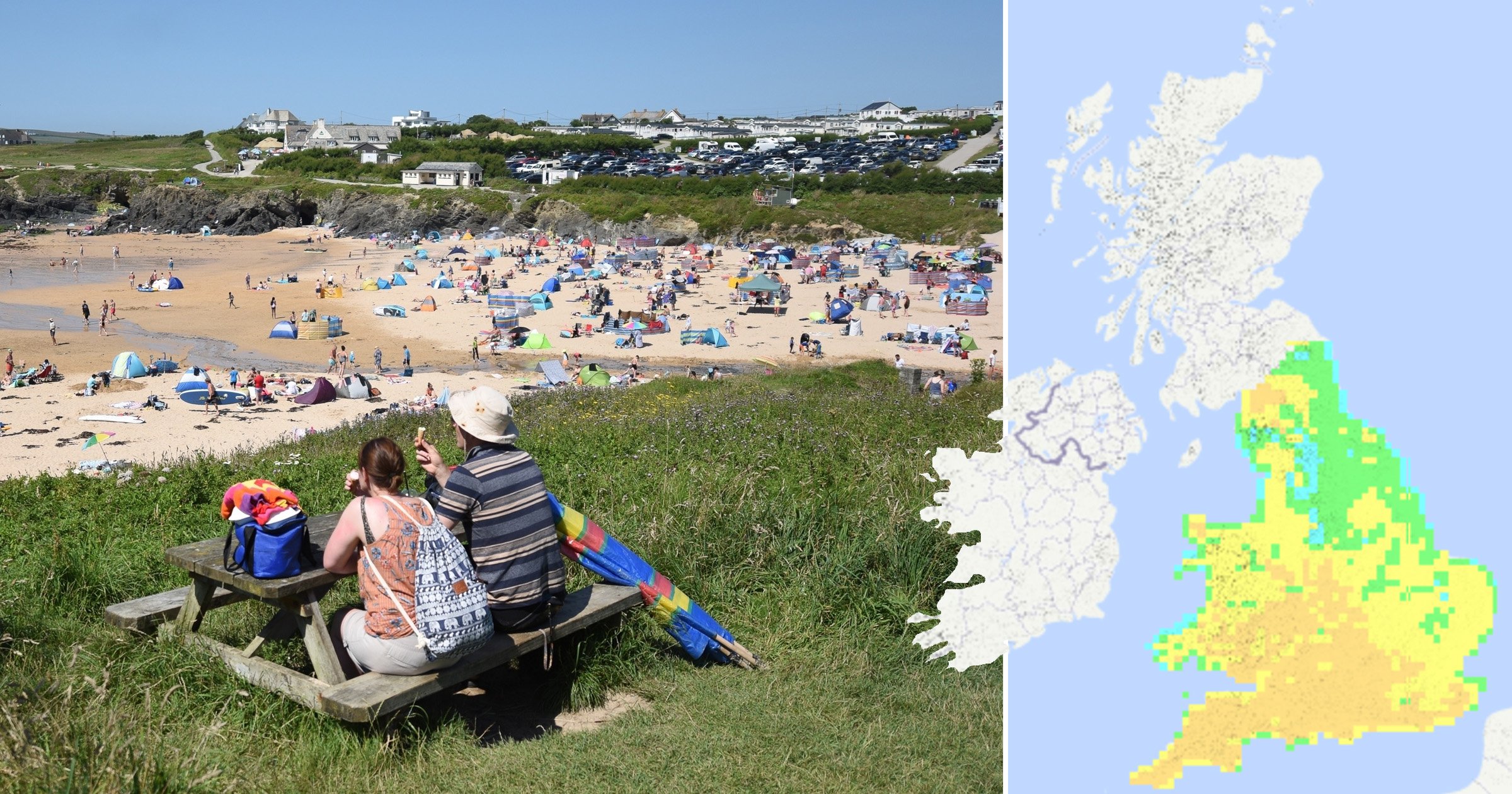 Parts of the UK have been put on alert for wildfires after a week-long heatwave raised fears blazes could tear through scorched rural areas.

With temperatures again expected to reach the high-20s, the ‘amber’ warning covers much of southern England, meaning the risk of fires is ‘very high.’

A combination of low humidity and high temperatures has created almost the perfect conditions for fires to break out before rain sets in at the weekend.

Parched rural areas are thought to be most at risk as blazes could spread very fast across dried-out ground.

Fire crews in Devon, Dorset, Somerset and Wiltshire have been warning people to avoid outdoor barbeques or discarding cigarettes.

The Met Office’s England and Wales Fire Severity Index shows fires are most likely on Friday.

The risk is deemed as ‘very high’ in parts of London, south Wales and south west England, as well as Hampshire, Oxfordshire and as far north as Birmingham.

The risk diminishes rapidly over the weekend, when thunderstorms and heavy showers are expected.

Police in Devon and Cornwall warned people to be on their guard to avoid a repeat of moorland fires seen earlier this year.

In April, a huge gorse fire broke out at Zoar, on The Lizard Peninsula, after flames spread quickly in strong winds.

Crews worked all night to put out the blaze, which followed three similar fires in neighbouring areas.

The wildfire warning comes just ahead of thousands of holiday-makers descending on the counties at the start of the school summer holidays.

A police spokesperson said: ‘Conditions are currently predicted to ease at the weekend with some rainfall in the forecast.

‘Some ignitions are possible, resulting in moderate to high wildfires, particularly in cut grass and crops.

‘The daytime winds are variable in both speed and direction rising to around 25kph from the East on Friday.

‘These could be troublesome if there is an ignition. The Relative Humidity may drop below 50% on occasions. Temperatures are set to remain high but gradually cooling as we approach the weekend.’

Dorset and Wiltshire fire and rescue service’s Group Manager Darren Langdown said dealing with wildfires was ‘incredibly resource-intensive’, and some can take days – and even weeks – to bring under control.

‘We are urging local farmers to take extra care while cutting crops, as sparks from hot machinery can easily lead to a field catching fire, and we ask everyone enjoying our beautiful countryside and coastline to be extra careful with anything that could lead to a fire starting’, he added.

This week has seen record temperatures with the 32.2C seen at Heathrow on Tuesday officially the hottest day of the year so far.

The Met Office issued its first ever warning for high heat this week but this will be replaced by a yellow weather alert for rain in place come the weekend.

MORE : Heatwave: How to sleep in hot weather if you share a bed with someone else

Woman, 29, dies and two others seriously injured after BMW collides with digger in Essex