THE BBC has given Stacey Dooley a new challenge show to host – just weeks after The Sun revealed bosses had sacked her from Glow Up for breaching the corporation’s guidelines.

Hungry For It will set challenges for up-and-coming chefs in a bid to find the next Jamie Oliver or Nigella Lawson.

A source said: “Stacey’s warmth and support towards the contestants on Glow Up created a feel-good series which producers want to bring to this new show.”

The Strictly champ was axed from Glow Up as her ads for beauty brand Clairol were judged to have mimicked her role as host of the BBC’s make-up competition.

It sounds like a perfect gig for Stacey to sink her teeth into.

The only way is exit for you

FOR a whole host of Towie stars, the only way is the exit door. In the last 24 hours, producers for the ITVBe show have cut ten names from the line-up for the upcoming series.

Others await a final decision, including long-serving member Bobby Norris.

It’s not all bad news, though. James Lock, Pete Wicks, Amber Turner, and Chloe Sims and her sisters Frankie Sims and Demi have been told they are returning next year.

Amy Childs, another veteran of the ITV show, has also been told she still has a job, as has Gatsby.

A source said: “A lot of difficult conversations have been had in the last 24 hours. It’s never nice to tell someone their services are no longer needed but the producers have to do what is right for the show.

“They want more time focusing on fewer cast members, and unfortunately some of those who haven’t had full, proper storylines had to go. They wish them all the best.”

The Sun told this week how bosses were cutting numbers to “go back to basics”. The most recent series of the show, which has been running since 2010, had as many as 47 characters.

In a post on social networks this week, producers confirmed the cull. It said: “After more than ten fabulous years following the lives of our ever-growing cast, Towie will be evolving with some changes.

“As it looks ahead to future series, the next instalment of our Bafta award-winning show returns to Essex to follow a smaller group of cast members.”

Well, the producers will save a fortune on fake tan. 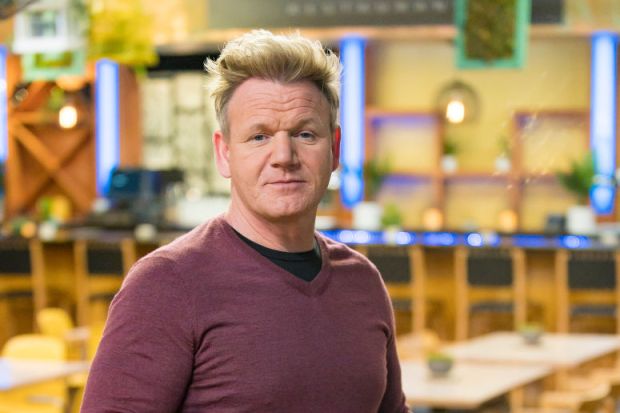 GORDON RAMSAY is back exploring world cultures through food in a third series of Uncharted on National Geographic starting on August 15.

He said: “We are starting to dig into the boldest flavours the planet has.” Episodes will be available the next day on Disney+.

SHE played fashion icon Diana in The Crown – and now Emma Corrin is knitting her own catwalk career modelling for Miu Miu.

But the oversized cardie with matching bonnet is more Lou Beale from EastEnders than the Princess from Kensington Palace.

And the sweaty leather bra and mini skirt is a Ross from Friends sticky situation waiting to happen.

K-POP’S RISE TO THE TOP

THE meteoric rise of K-pop sensations BTS will be charted in a BBC One special next week.

Strictly star and Radio 1 presenter Adele Roberts is to host BTS @ Radio 1, looking at how the South Korean seven-piece turned the traditional boyband format upside down and became one of the most successful groups in the world.

Adele will interview the band before their first performance in the Radio 1 Live Lounge and look back at her trip to Seoul in 2018, where she met their choreographer, the minister for K-pop and some of their fans – who call themselves the BTS army.

The show airs next Wednesday at 10.35pm.

The series will see celebs strip off and dance to raise money for cancer charities.

I’m A Celeb will be back with Ant & Dec – but no location has been finalised.

Simon Cowell’s musical game show Walk The Line will debut, with a panel of judges critiquing performers vying for a cash prize.

Drama highlights include Stephen – a three-part sequel to The Murder Of Stephen Lawrence.

Martin Clunes is back in Manhunt, while Anna Maxwell Martin stars in Hollington Drive.

The highly anticipated Darling Buds Of May remake, with Bradley Walsh, will also air, while Dermot O’Leary and Gavin & Stacey actress Joanna Page will host The Pet Show.

‘Mystery man’ seen near river where boy, 5, was found dead an hour later

Where is Belarus and is it in the EU?