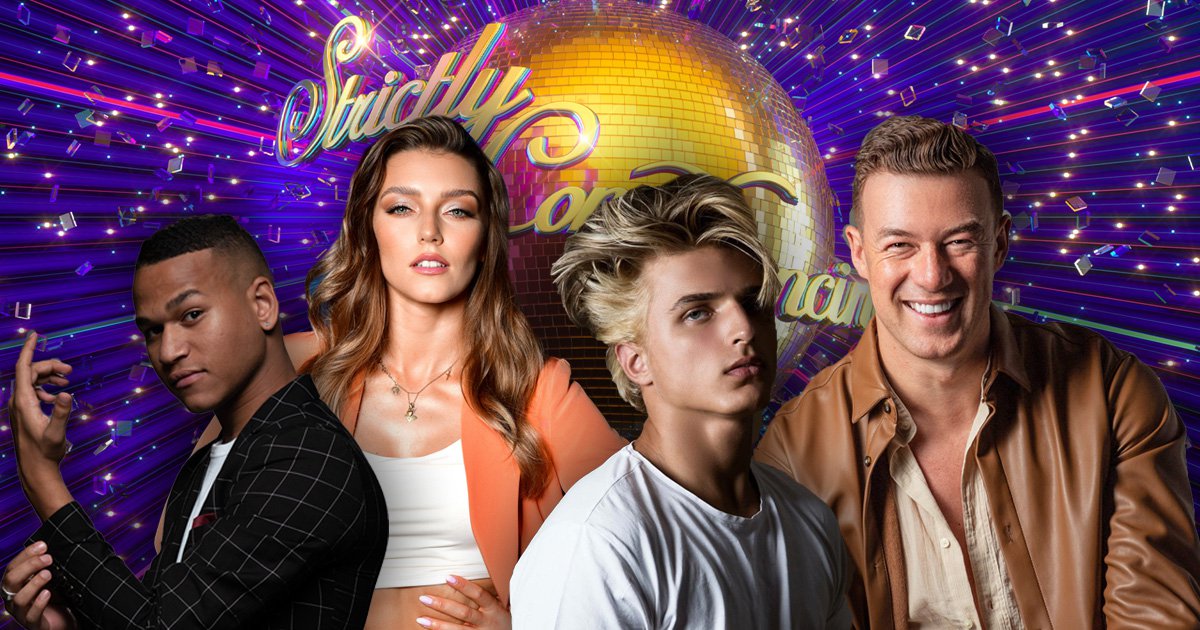 It was recently confirmed that Janette Manrara will not return to the BBC One series this autumn after eight years as a pro. She’ll instead replace Zoe Ball as a co-host of BBC Two’s It Takes Two.

However, her space won’t be cold for too long as viewers will be met with four new faces.

Sharing his excitement at joining the Strictly family, Kai said: ‘This is my childhood dream come true.

‘Watching Strictly from the very first series as a young boy from Southampton and now 18 years later, to be a professional dancer on the show is the most amazing feeling and the biggest accomplishment of my career. I can’t wait to step onto the Strictly floor and experience the exciting times that lie ahead.’

Nikita Kuzmin said he’s always been ‘amazed by the magic’ of the dancing competition, and added: ‘No matter what country I have found myself living in, I’ve never missed a chance to watch it. And joining it as a professional dancer is my big chance to make some magic on the most famous dance floor.’

Grateful for bagging the coveted spot as a Strictly pro, Cameron added: ‘Thank you Strictly Come Dancing for this life changing opportunity. Not only is this a dream come true but a challenge I am accepting with both hands. I am excited beyond imagination and looking forward to leaving my mark on the dance floor!’

Jowita also said: ‘This is my biggest dream come true. No words can describe how I feel right now. I’m still pinching myself to check if this is real but I am beyond excited to be joining the Strictly Come Dancing family and I can’t wait to give all of my heart and soul on that dance floor!’

The line-up for this year’s Strictly is, of course, strictly (ahem) under wraps but some familiar faces have found themselves rumoured to be taking part. Ex-footballer Peter Crouch is reportedly in talks with bosses to become the tallest Strictly contestant ever, with the sports star standing at 6ft 7in.

Professional dancer Graziano Di Prima is crossing his fingers that he’ll be partnered up with a male celebrity, which could be the first in Strictly history.

The pro recently told Metro.co.uk’s Sixty Seconds: ‘As long as they’re going to be my partner, I will be ready. We don’t know yet but my fingers are crossed.

‘If you don’t get a partner you’re going to be busy anyway but obviously if you get the opportunity to dance with a celebrity, it’s different.’

Meanwhile, it was recently confirmed that former pro Anton Du Beke will come on as a full time judge next series replacing Bruno Tonioli who has other work commitments.

Strictly Come Dancing is set to return to screens this autumn.

Love Island’s tell-tale clue Liberty FORGAVE Jake for snogging Kaz in challenge – did you spot it?

RHONJ’s Teresa Giudice works out with daughter Milania, 15, after fans claimed the duo look like ‘twins’