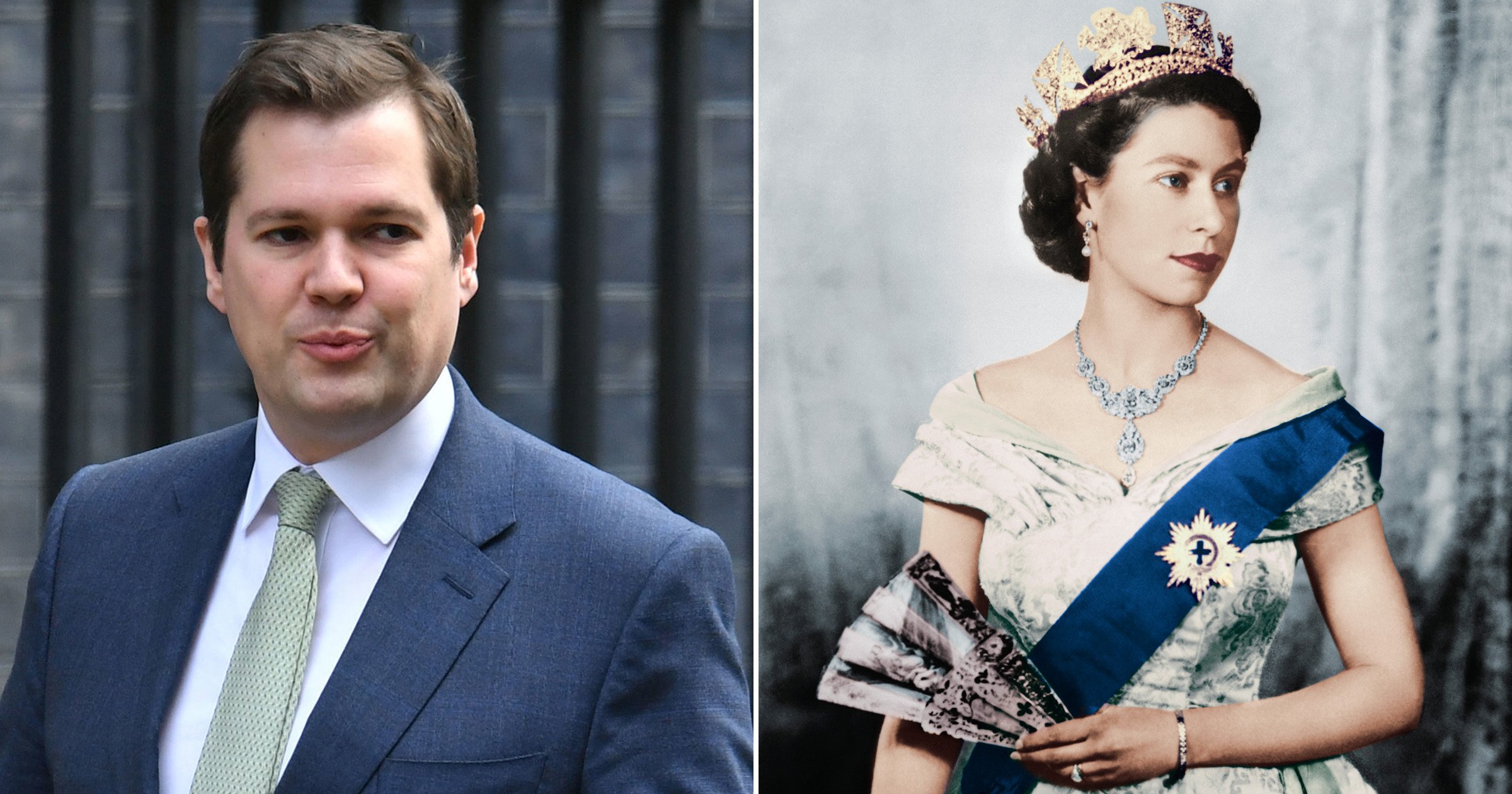 Oxford students’ decision to remove a portrait of the Queen because of her ‘colonial’ links was ‘ridiculous’ and ‘ignorant’, according to a Government minister.

Communities Secretary Robert Jenrick – who himself has a portrait of the monarch in his Whitehall office – also called the row ‘student union politics’ and said there are more important things to be debating.

Last night it emerged that members of the Magdalen College Middle Common Room, which is made up of post-graduate students, overwhelmingly voted to remove the portrait.

Political website Guido Fawkes reported the motion was launched to make members ‘feel welcome’, with one student said to have commented: ‘patriotism and colonialism are not really separable’.

‘She is the Head of State and a symbol of what is best about the UK. During her long reign she has worked tirelessly to promote British values of tolerance, inclusivity and respect around the world.’

But Mr Jenrick appeared less keen to get embroiled in the row while doing the media rounds this morning.

He told Good Morning Britain: ‘It does seem a bit ridiculous and it is ignorant but I think there’s probably more important things for us to debate than this.’ 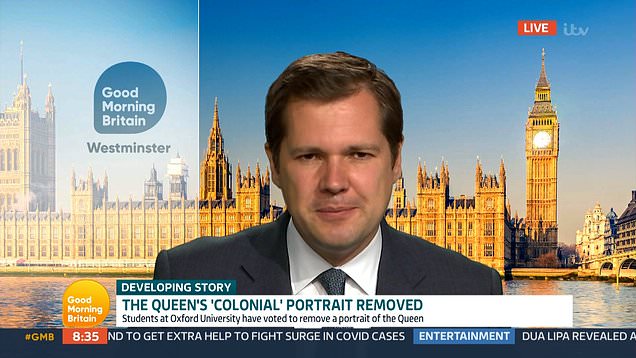 Asked about Gavin Williamson’s comments on BBC Breakfast, Mr Jenrick said: ‘I’m a huge fan and supporter of Her Majesty the Queen, I think we are incredibly lucky to live in a country with a head of state of her stature.

‘I wouldn’t want anyone to disrespect her out of ignorance in this way but I don’t think that we should waste too much time on student union politics.’

He then told LBC he was ‘proud’ to have a portrait of the Queen which he would not be taking down, having taken it from office to office during his time in Government.

Meanwhile, Labour politician Andy Burnham said he ‘does not support’ the idea of removing the portrait.

‘These kind of gestures are getting a bit out of hand,’ the Mayor of Greater Manchester told Nick Ferrari on LBC. ‘We should always respect the Queen but particularly now given things that have happened in the last few months. I don’t support that.

‘Let’s get a sense of proportion and a bit of respect. People can air their views but those kind of gestures are divisive actually – they just divide people, and I don’t think they achieve much, to be honest.’

Yesterday, Barrister Dinah Rose, who was appointed president of Magdalen College last year, emphasised that the students were not representative of the college, but supported their right to ‘free speech and political debate’.