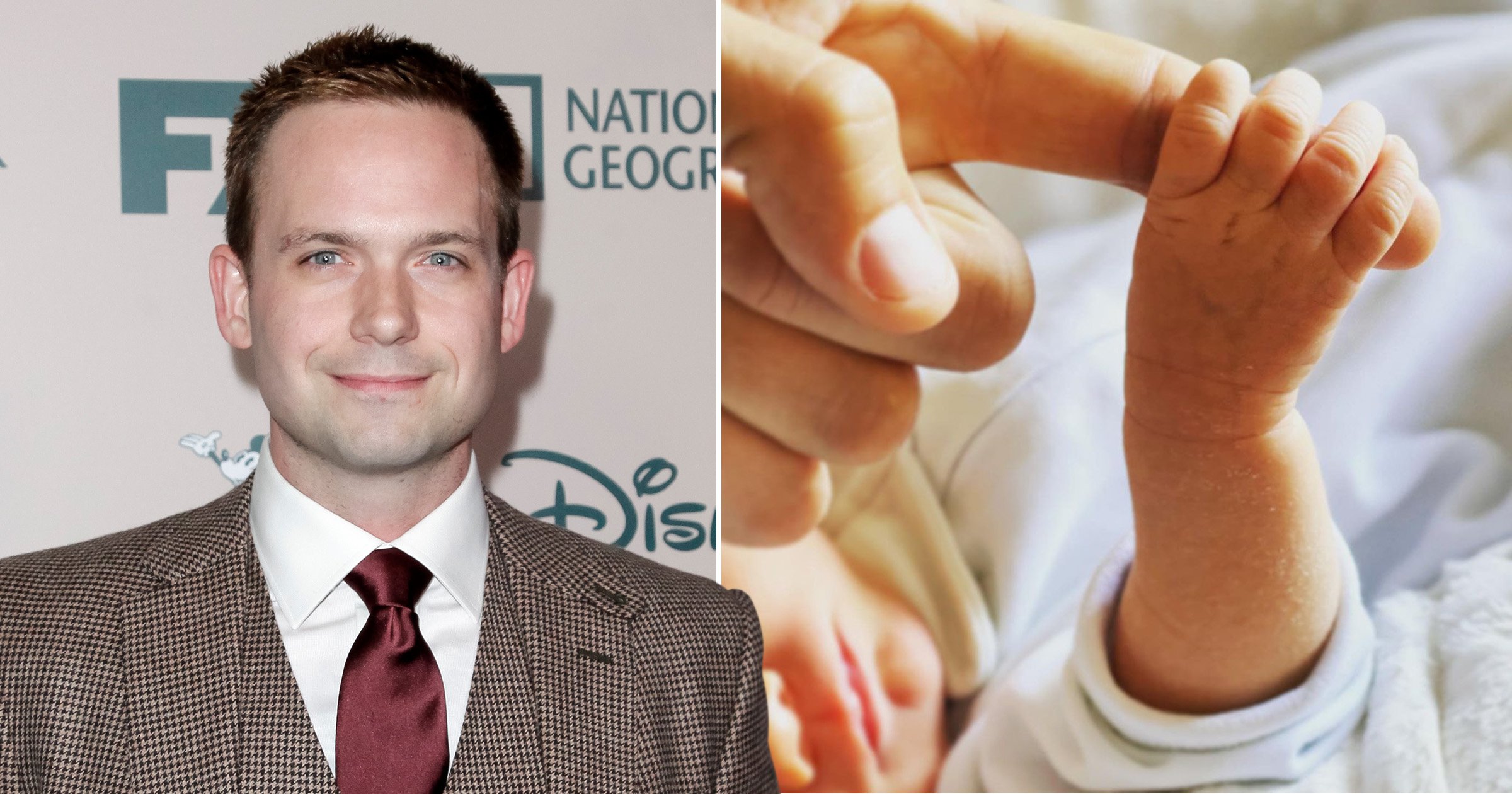 Suits star Patrick J Adams has welcomed another baby daughter with his wife Troian Bellisario and our hearts are fully melting.

The actor shared the exciting news in an Instagram post, showing his baby girl wrapping her hand around his finger.

‘+1…..Welcome to the funhouse, Ms. Elliot Rowena Adams,’ he wrote. ‘May your life be as unique and exciting as your arrival.’

Fans and friends are thrilled for him, with fellow Suits star Amanda Schull writing: ‘Congratulations! 🎉’.

The pair met while working a play together in 2009, embarking on a relationship that they hit pause on before Patrick had a guest spot on his wife’s hit TV show and they rekindled their romance.

Fans were also flooding in to offer their congratulations to the television star couple, with one commenting: ‘Mike Ross had a baby :)’

Others also referred to Patrick’s popular Suits character, with another posting: ‘Baby mike😂😂’

Patrick famously played opposite Meghan Markle on seven seasons of the show and remains a friend of the Duchess of Sussex, attending her wedding to Prince Harry with his wife in May 2018.

Actor Drake Bell charged with 'attempted endangerment of a child'

Earlier this year he spoke out in her defence, in the wake of the bombshell interview the royal couple gave to Oprah Winfrey, praising her as ‘a powerful woman with a deep sense of morality’ who had ‘never been afraid to speak up’.

Suits co-star Patrick J Hoffman recently shared a behind the scenes snap of himself and his co-stars from when they were working on the show, captioning it: ‘A long time ago.. in a galaxy far far away… #repost #suitsonset.’

Shocking moment teen pushes friend, 14, in front of moving car after shoving her into pedestrians in sick ‘joke’