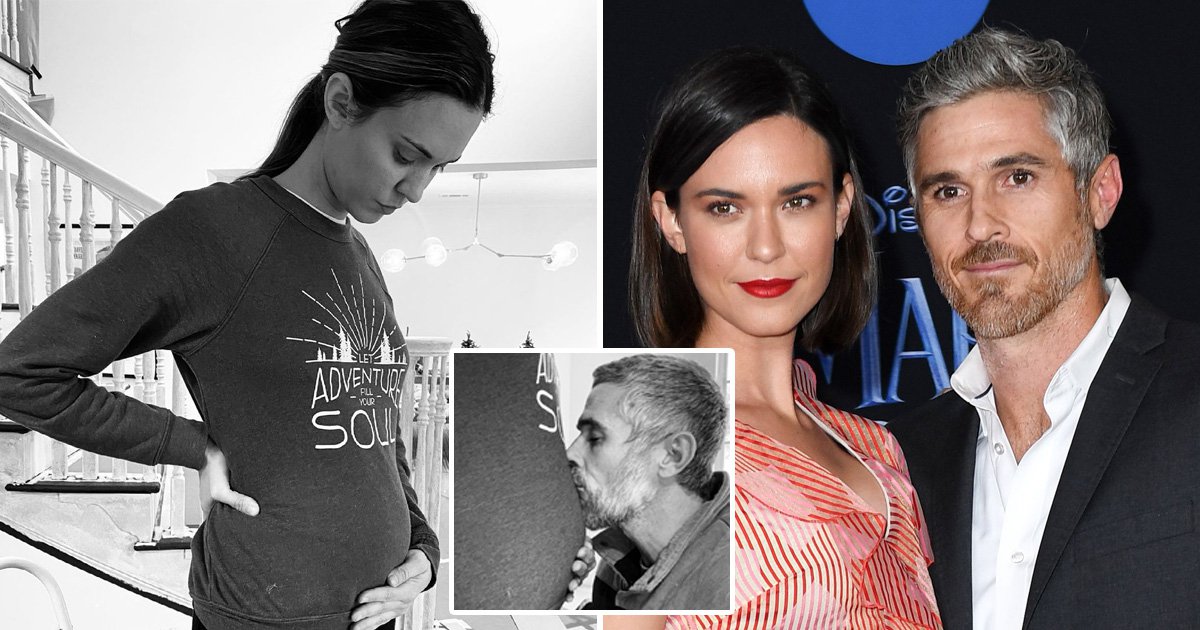 Actress Odette Annable has opened up about suffering her third pregnancy loss in nearly six years.

The Supergirl star explained how she and her husband Dave were coping as she revealed the tragic news on what would have been their child’s due date.

The 36-year-old shared a black-and-white picture of herself cradling the baby bump she had in December, along with a snap of Dave planted a kiss on her belly.

‘NOT A PREGNANCY ANNOUNCEMENT,’ the You Again star began. ‘The one thing that was certain was how Dave and I both felt when I found out I was pregnant. We were elated. After having two miscarriages after Charlie and after our personal journey as a couple, we finally felt like we were in the right place and our gift was this baby in my belly.’

She continued: ‘I was 15 weeks pregnant when this photo was taken back in December and today would have been your due date. There was another plan and our baby is no longer with us.

‘I share this because what you see on a social media page isn’t always what’s going on in real life. My social media page consists mostly of a highlight reel. I try to keep it as authentic as I can, but I also largely focus on the positive because that feels good to me. But this is real and this is part of life.’

The Walker actress added: ‘The really hard stuff that you never think or want to come your way. I miss feeling this sweet baby grow but I also know that it was a gift carrying our baby and a privilege for even the short time we spent together.

‘It never felt right to not share or celebrate this moment in our life, I just needed the space to do it. I have found that there are always silver linings in the hard things if you look closely. And they are without doubt my husband and my daughter.’

Odette explained: ‘This experience has given me a new appreciation for my husband who was a rock for me and was unwavering with his support even though I know he was feeling it all as well.

‘It made me marvel at what a miracle Charlie is. What a miracle and a blessing it is to have a healthy child. I am so grateful for my family. We love you always and forever little angel.’

Among those sending support in the comments was JoAnna Garcia Swisher, who co-starred with Odette on ABC’s The Astronaut Wives Club.

Last August, the couple announced that they had reconciled after enduring a 10-month split that began in October 2019.

Odette and Dave welcomed their daughter Charlie Mae, five, in 2015.

For emotional support, you can contact Miscarriage Association’s pregnancy loss helpline on 01924 200799 or email info@miscarriageassociation.org.uk.

MORE : Elizabeth Olsen appears to reveal she secretly got married in new interview: ‘He’s a cutie’

Ant Middleton moving family to Australia after SAS: Who Dares Wins axe and ‘witch hunt’ in the UK