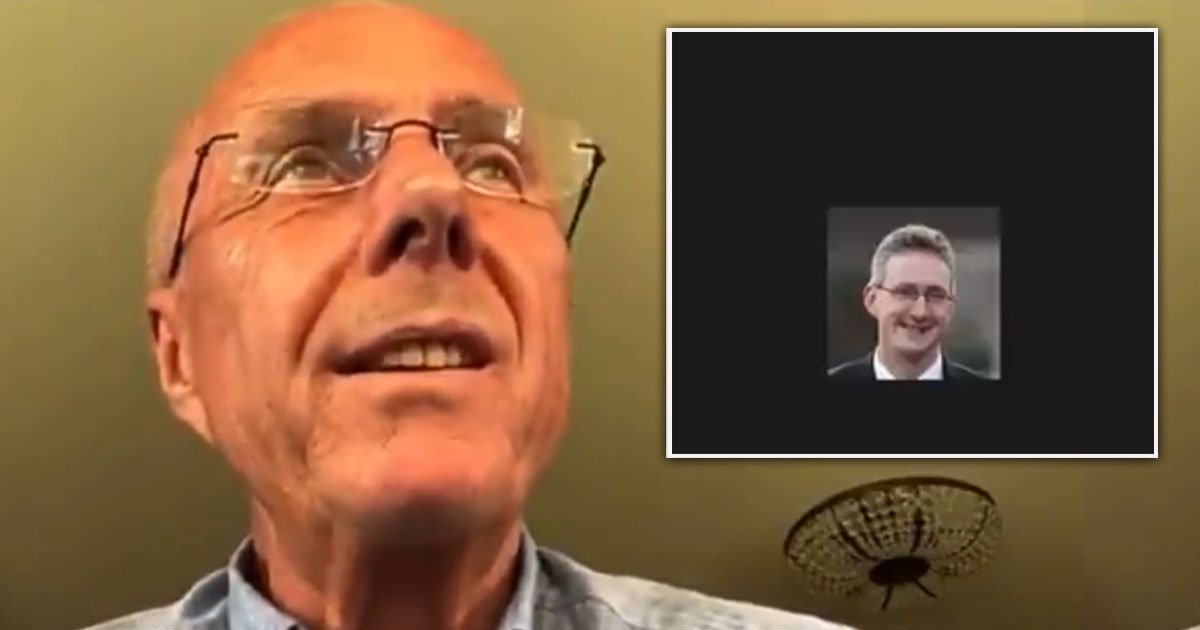 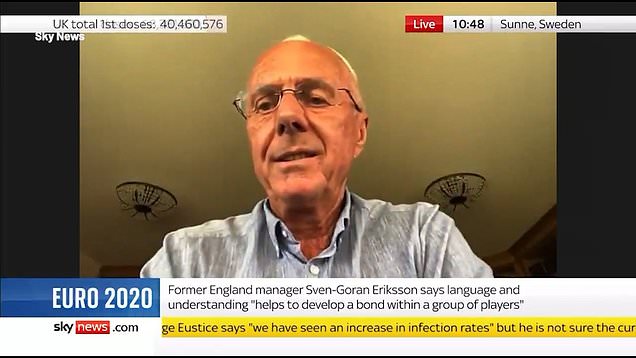 The former footballer manager spoke to presenter Kay Burley on Tuesday about Euro 2020 ahead of England’s game against Croatia at Wembley Stadium on Sunday.

Just as Eriksson was explaining how he learnt to speak English, a random image of Opik’s smiling face flashed up on the screen with no explanation.

Eriksson proceeded to answer while completely ignoring the blunder: ‘The language is very important… if you can’t communicate with the players, you are out. It’s very difficult to learn with an interpreter.’

As he went on about his passion for learning new languages, Opik’s photo appeared again, this time with a ringtone prompting Eriksson to flash a cheeky smile while seemingly ending the call.

Burley couldn’t ignore it any longer and addressed the awkward moment head-on, quipping: ‘Quick thought before I ask you one more question because it does look like Mr Opik does want to talk to you; your biggest regret from being England manager?’

Eriksson couldn’t even get one word out before Opik called again, his photo appearing on-screen for the umpteenth time. The former England manager ended the call while trying to answer but kept a close eye on his phone going forward.

However, the plot quickly thickened as TalkSPORT producer and presenter Jake Watson revealed: ‘Just had Sven Goran Eriksson on TalkSPORT 2 talking about England…

‘Only, I think the company who has set up his Zoom chat for today has accidentally mistaken him for Lembit Opik.’

He added: ‘Are Lembit and Sven friends? I don’t believe he’s calling him on repeat. I’m going to stick with my theory…’

One commentator weighed in: ‘An interview with Sven Goran-Eriksson on @SkyNews keeps getting interrupted with a picture of Lempit Opik trying to ring him and I am completely losing it.’

The hilarity took another turn as Opik then replied to the tweet: ‘Hi Scotty, well spotted. Please await further announcements.’

He then revealed the reason for his persistent calls, adding in a tweet directly to Eriksson: ‘Sorry for popping up during your interview. Didn’t realise you were on Sky telly. I just wanted to say I totally agree with your Euro predictions – and are we still on for Wembley, mate?’

A viewer had earlier joked: ‘Might launch an investigative podcast series about this, not gonna lie,’ and honestly we would absolutely listen.

Sinead O’Connor retracts retirement announcement: ‘I lied when I said I’m past my peak’

Glastonbury to return for one-day festival in September with 50,000 fans