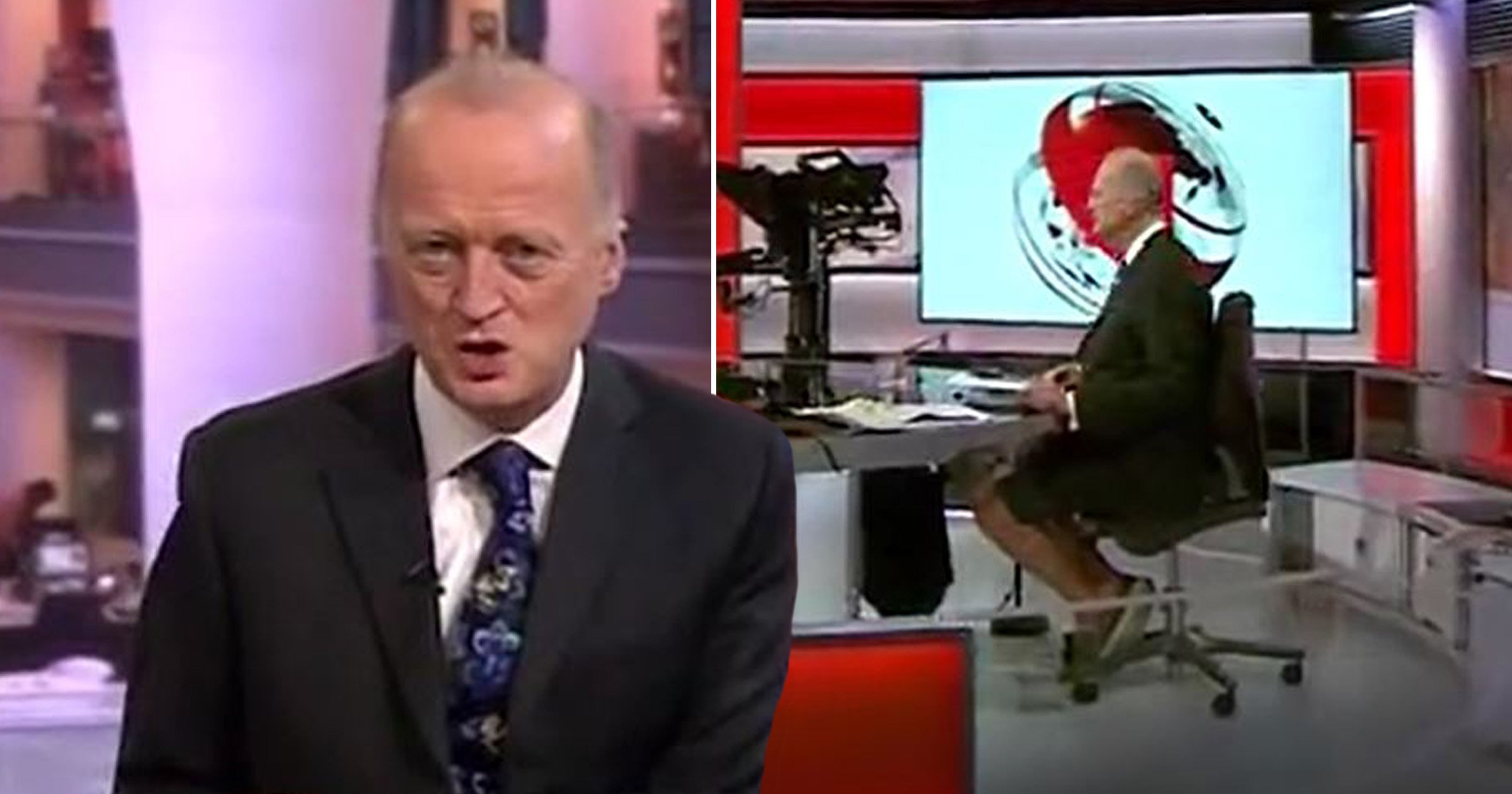 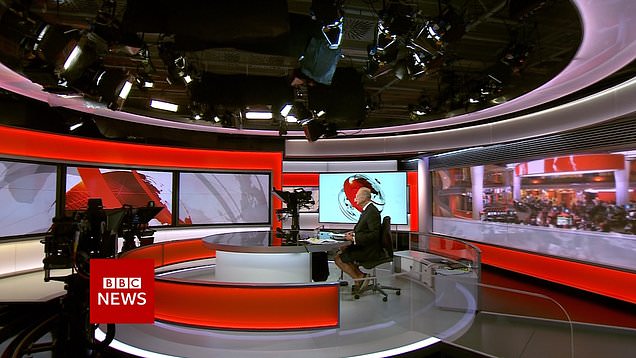 As the mercury rose in the UK this week please spare a thought for the BBC anchors who have to wear full suits under sweltering lights.

Well, unless you’re newsreader Shaun Ley, who took matters into his own hands when he was spotted wearing shorts and deck shoes under the desk in a live TV blunder.

In a blink-and-you’ll-miss-it moment, Ley was spotted by some extremely eagle-eyed viewers on Wednesday sporting the more casual attire, as the camera panned across his desk in a wide shot that exposed his pins which were clearly crying out for some fresh air in the hot temps.

The thing is – while it might have been the hottest day thus far earlier in the week, this isn’t the first time the newsreader has been caught in his shorts, as punters on social media pointed out he’d also shed his long trousers last Friday.

Both times he kept things formal from the waist up, with a smart suit jacket, shirt and tie, but we have to say we are more than here for the whole ‘business up top, party down below’ vibe he’s got going on.

The reporter was doing his thing in the 11pm news slot and, when it came to Wednesday’s hottest day of the year so far, no wonder he needed a little costume lighten-up.

Perhaps at that hour he thought minimal people would be tuning in – little did he know all it took was one to spot it and then it was on national headlines, buddy.

Viewers thought it was a right laugh, as Ley – who was explaining very serious matters, including the pandemic, during his segment – and his legs were on show.

One laughed this week: ‘Is BBC news reader Shaun Ley keeping his cool by wearing shorts? And if so, were viewers meant to find out?’

Another very accurately pointed out we’re all ones to laugh, as they wrote: ‘It’s only what everyone’s been doing for the past year on their zoom calls!’

Another had noticed Ley’s proclivity for letting the legs air out as they mused last week: ‘Wow. The BBC’s clothing allowance has clearly taken a hit. Late-night presenter Shaun Ley appears to be wearing shorts. What next? Fiona Bruce doing question time in a bikini? Harumph. Harumph.’

Wednesday saw temperatures rise to 26.6 degrees celsius on the first official day of summer, as Brits say farewell to a washout May.

We can only hope the heat returns next week and we doubly hope Ley has a fresh pair of shorts ready to go for his next shift.

Too Hot To Handle season 2: Cast, release date, and how to watch in the UK