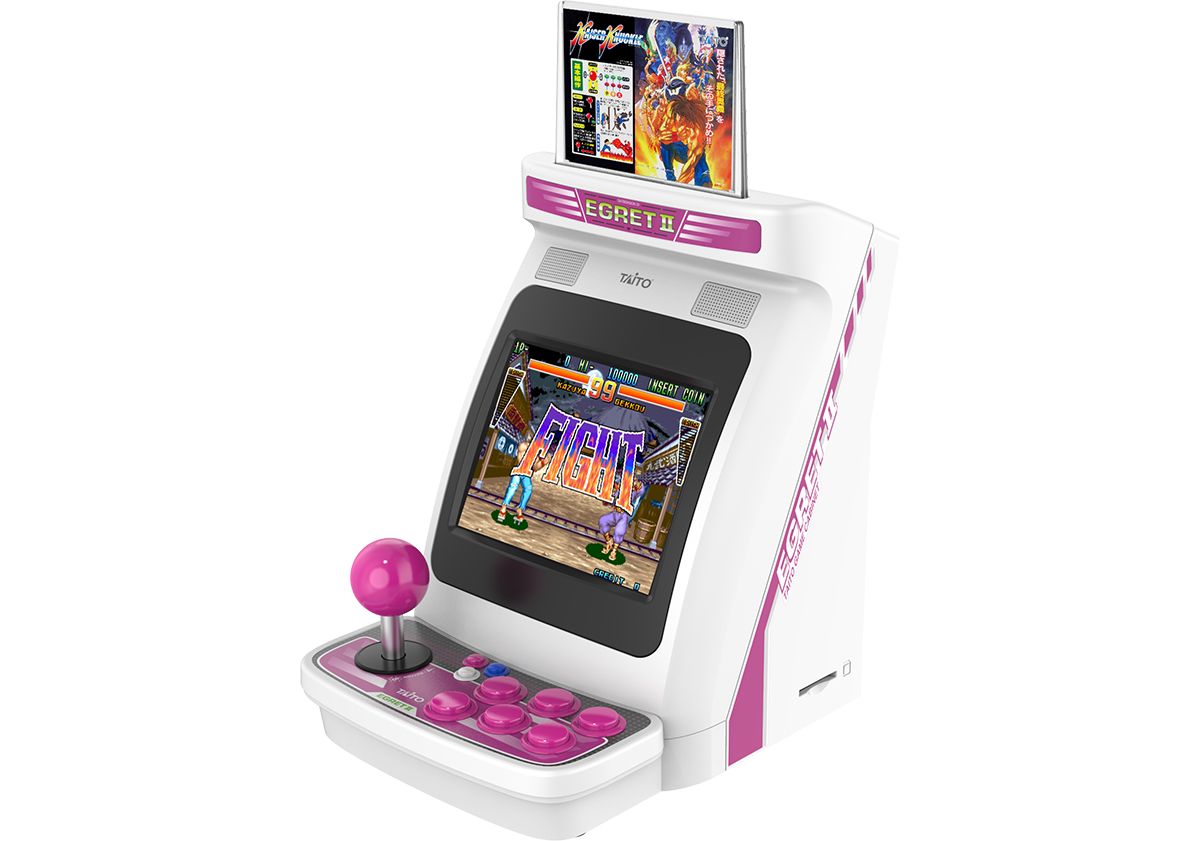 The makers of Space Invaders and Bubble Bobble have revealed their own mini arcade console, similar to the Sega Astro City.

Never have we been so glad to see a company copying someone else as with the Taito Arcade Selection Egret II mini console, which is blatantly influenced by the Sega Astro City mini console – except filled with 40 classic Taito games.

After being bought by Square Enix in 2005, the Taito name has only recently begun to be used again, with new titles such as Bubble Bobble 4 Friends and The Ninja Saviors. Back in the day though they were one of the most accomplished arcade developers around.

The fact that they made Space Invaders is reason enough to be remembered but they’ve also been responsible for the likes of Darius, The NewZealand Story, Arkanoid, and Rainbow Islands (aka the best video game ever made).

As with the Astro City for Sega, Egret II is the name of one of Taito’s original arcade cabinets and the mini version is a perfect recreation of the full-size edition.

The screen can be rotated horizontally or vertically, depending on the game, and all the controls are microswitched. That’s why it costs a hefty ¥18,678, which works out to around £120.

The console can be connected to a TV, just like the Astro City Mini, and has a SD card slot to add extra games.

Taito has already announced a SD card with 10 extra games that originally only worked with a trackball or paddle, including Arkanoid, that comes bundled with its own unique controller for ¥12,078 (£78).

Pre-orders start this week in Japan, with a second 2P controller, identical to the main one, available for ¥8,778 (£56), as well as a cheaper alternative controller with a D-pad instead of a joystick.

Although it should be relatively easy to import from Japan it’s worth noting that the Sega Astro City is now getting an official UK release, although we may not be as lucky with the Egret II.

Only 15 of the 40 games have so far been announced, as you can see in the list above. This is, again, exactly how Sega unveiled their mini console, so expect to find out about the rest over the next few months.

The mini console is due for release in March 2022, with more information available at the official website.