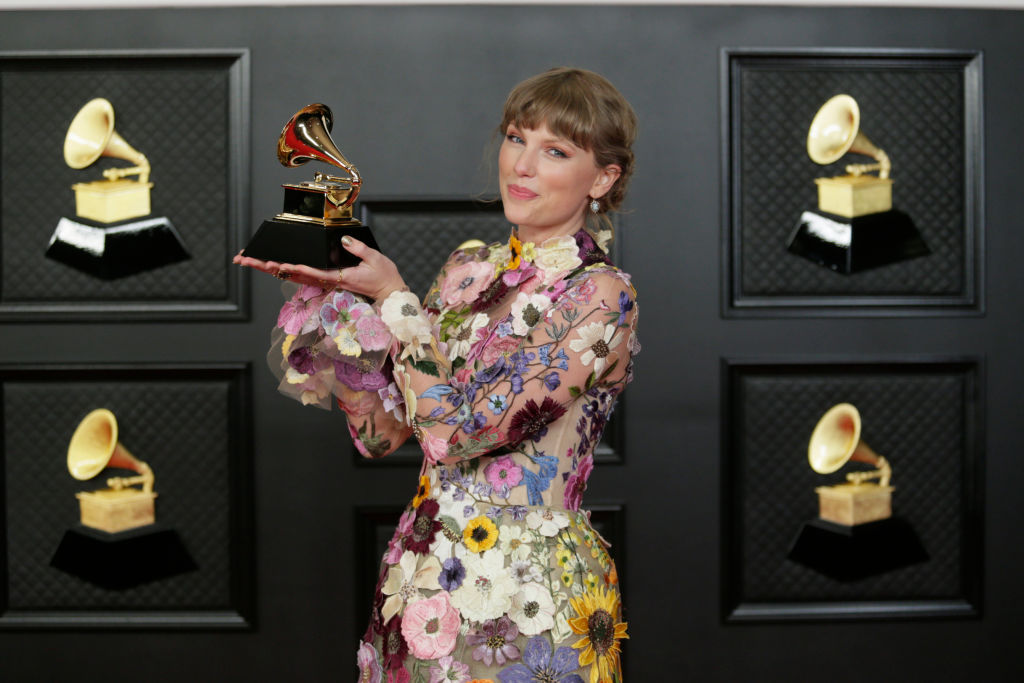 Taylor Swift will not submit the re-recorded version of her album Fearless for consideration at the Grammy Awards, her record label has confirmed.

The pop superstar released Fearless (Taylor’s Version) in April as she actively works to regain control of her master recordings amid a row with her old label.

Fans had been speculated that the hitmaker could enter the new recording for upcoming awards shows thanks to the release of several previously unheard tracks, along with the adjustment in compositions.

Indeed, the original Fearless, released in 2008, won album of the year at the Grammys and the Country Music Association Awards.

However, Republic Records has confirmed Taylor, 31, will instead be submitting Evermore, her latest wholly original album that was a surprise drop in December.

A representative for the label explained: ‘After careful consideration, Taylor Swift will not be submitting Fearless (Taylor’s Version) in any category at this year’s upcoming Grammy and CMA Awards.

They continued: ‘Taylor’s 9th studio album, Evermore, will be submitted to the Grammys for consideration. Evermore charted on many year-end best album lists in 2020 and continues to be one of the top-selling albums this year.’

Evermore is the sister album to Folklore, both recorded and produced during the pandemic, and won album of the year at the Grammys in March.

Swift’s next re-released album will be 2012’s Red. The “Taylor’s Version” of Red will arrive in November.

MORE : Scooter Braun ‘regrets’ Taylor Swift feud over masters catalogue: ‘It makes me sad that she had that reaction’

World faces going ‘back to square one’ as uncontrolled Covid spread spawns variants deadlier than Delta, WHO warns

Love Island 2021: Who is Tyler Cruickshank? Age, job and Instagram

Who is Love Island’s Millie Court? Age, job and Instagram

T.I. arrested in Amsterdam after ‘upsetting’ police officer in bicycle collision: ‘Free me’