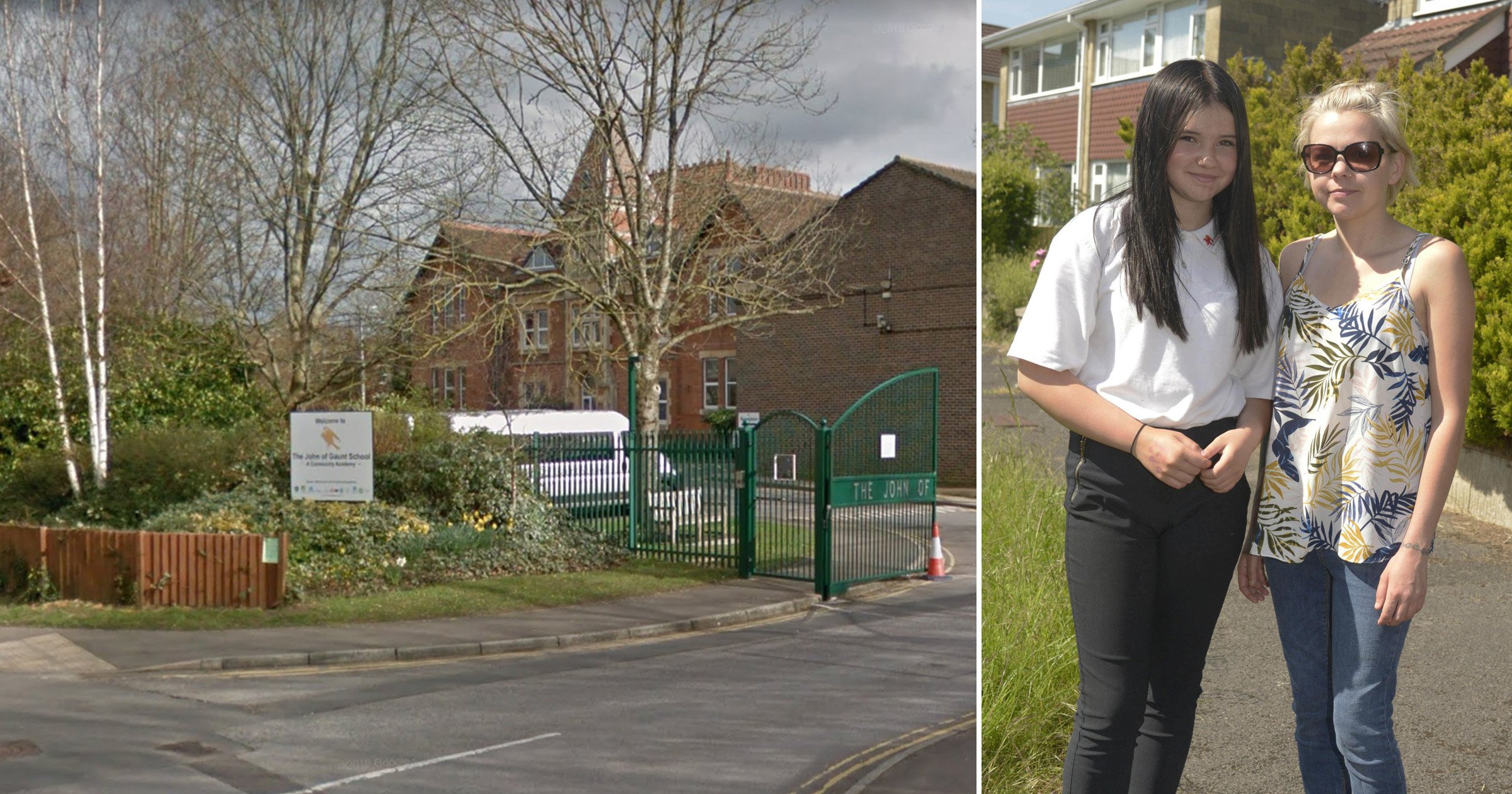 A school put a young girl into isolation because her trousers ‘were too tight for her big legs’, a mum claims.

Lou Gover, 42, said her 14-year-old daughter was secluded from the rest of her class on Monday at John Of Gaunt School in Trowbridge, Wiltshire, because her trousers were ‘too tight’.

She claims the school told her that her daughter would stay in isolation until she bought new trousers.

Ms Gover said: ‘The teacher told my daughter her legs were too big for that style of trouser.

‘They told me they would have to keep her in isolation until they were replaced. I told them I would keep her off school.’

The mum called the situation ‘ridiculous’ because the school supposedly thought the trousers were ‘fine’ a month ago ‘but today the same trousers are not acceptable’.

‘This has gone on for months and caused a lot of stress where different teachers have different rules. It’s all costly and stressful for parents and the children,’ she said.

Ms Gover is not the only parent fed up with the school’s allegedly ‘inconsistent’ enforcement of its uniform rules.

Lucy Daniels, 35, said John Of Gaunt School told her 13-year-old daughter, Hayley, that her trousers were ‘too short’ and showed ‘too much ankle’.

But, bizarrely, the trousers came from the school itself.

She said: ‘It’s getting beyond a joke now.

‘The trousers she’s (Hayley) wearing are ones the school provided for her because at the time we were still in lockdown and I could not go out and buy her any.

Both mums said teachers’ ‘different rules’ is ‘costly and stressful for parents and the children.’

Ms Gover has been offered a refund and has spoken to the school’s head teacher, Paul Skipp, about the staff members alleged comments over her daughter’s leg.

Mr Skip has stood by his school’s approach to enforcing its uniform policy.

He said: ‘Before half term we wrote to parents on four separate occasions reminding them that all students are required to be in full uniform. We are delighted that virtually all students adhered to the policy as they returned from half term.

‘Parents of a small minority of children not in school uniform were contacted; they swiftly supported by bringing in the correct uniform whilst their children remained learning. By the end of the first day all students were fully complying with the policy.

‘As a school we have recognised the economic difficulties of the pandemic and offered to provide uniform or reimburse any parent who is experiencing financial challenges, as we have done on many occasions.

‘We would like to thank our parents for their continued support.’

‘Clash of the Titans’ at 40: Harry Hamlin reveals the story behind his on-set romance with Ursula Andress