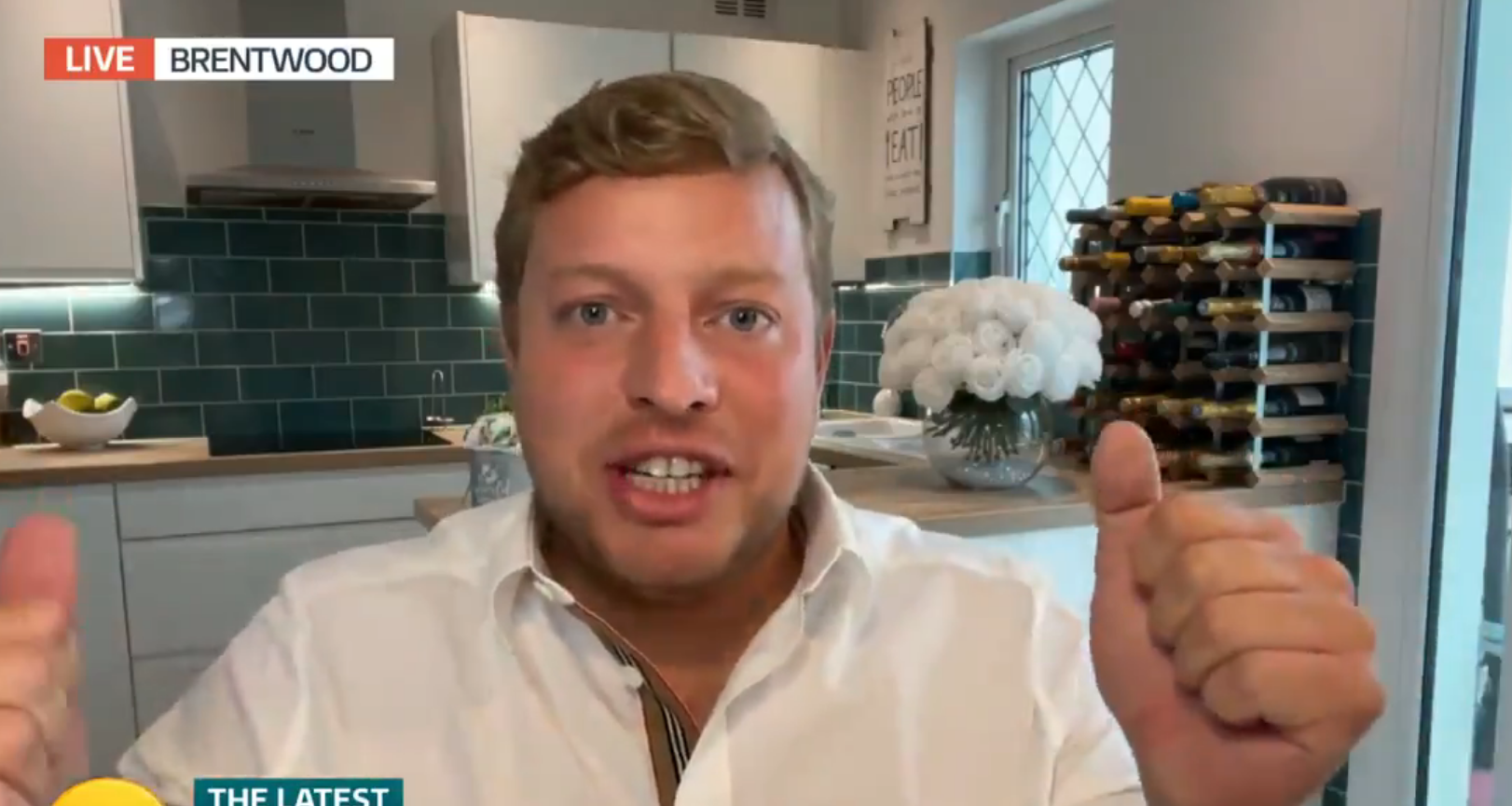 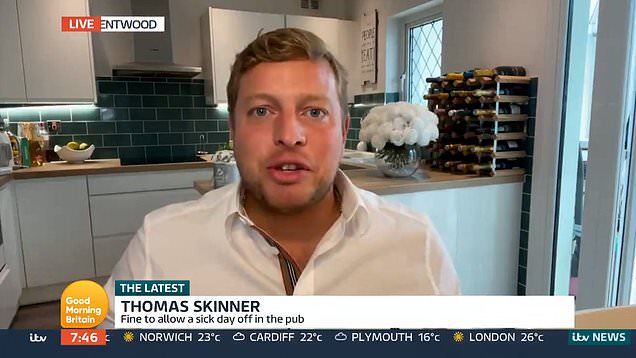 The Apprentice star Thomas Skinner has defended people who go to the pub when they are off work sick after a judge declared that it is not a sackable offence.

It came after a man was fired when he was spotted by a colleague at a social club the same day he called in to Debmat Surfacing in Newcastle, saying he was too unwell to work on March 9 last year.

Judge Andrea Pitt found that he had been unfairly sacked because the company’s rules did not specifically ban workers from socialising while off sick.

Businessman Thomas, who appeared on The Apprentice in 2019, said he had a similar experience when one of his employees, who was a driver, was unable to work after injuring their ankle.

The 30-year-old said it ‘depends why the person is ill’ and said that being understanding is part of being a good boss.

He told presenters Susanna Reid and Ben Shephard: ‘I’ve got eight drivers as we deliver mattresses. One of my drivers jumped out the van, he fell on his ankle, twisted his ankle, carried on the day like normal.

‘In the evening about half six when I was finishing, I rung him up and actually said how did you get on? He said, “It’s not broken but what they’ve said is you’ve got to rest it for three or four days.” I went “What are you doing now?” he went, “I’m actually down the pub” I went “Alright lovely I’ll come and join ya”.’

Thomas explained that he ‘values’ his employees as they are the ones who keep his business going.

‘It depends what you’re sick for. If someone lied to me or stole from me then obviously they’d be sacked straight away. It depends why you’re ill. Also you can wake up in the morning and feel terrible and in the evening you feel fine.

‘It is so important, seeing my staff, they’re like superheroes. I value them so much. Without my staff I haven’t got a business and it’s so hard to get good staff so you’ve gotta look after them.’

The Apprentice 'forced to scrap trips abroad amid Covid pandemic'

However former MP Jerry Hayes felt it was ‘dishonest and selfish’ to enjoy a drink when you call in sick, and that there may be people tempted to do so when the Euros start at the weekend.

‘I think this is going to happen and there will be a lot of leeway and sympathy from employers, but you book the time off,’ he said.

‘That’s what you do, you book the time off and if the employer says yes there’s no problem at all.

‘If you’re a primary school teacher the class will have to be sent home. If you’re a small business owner and you’ve been done over by the pandemic, it’s just selfish and it’s dishonest and it’s the dishonesty that is really, really so [unacceptable].’

MORE : Ratchet & Clank PS5 hardware bundles are turning up in the wild

How many children does Stacey Solomon have as she announces she is pregnant again?

Jake Quickenden reveals mums have been worst trolls as he details vile abuse against son Leo: ‘It made something boil inside me’