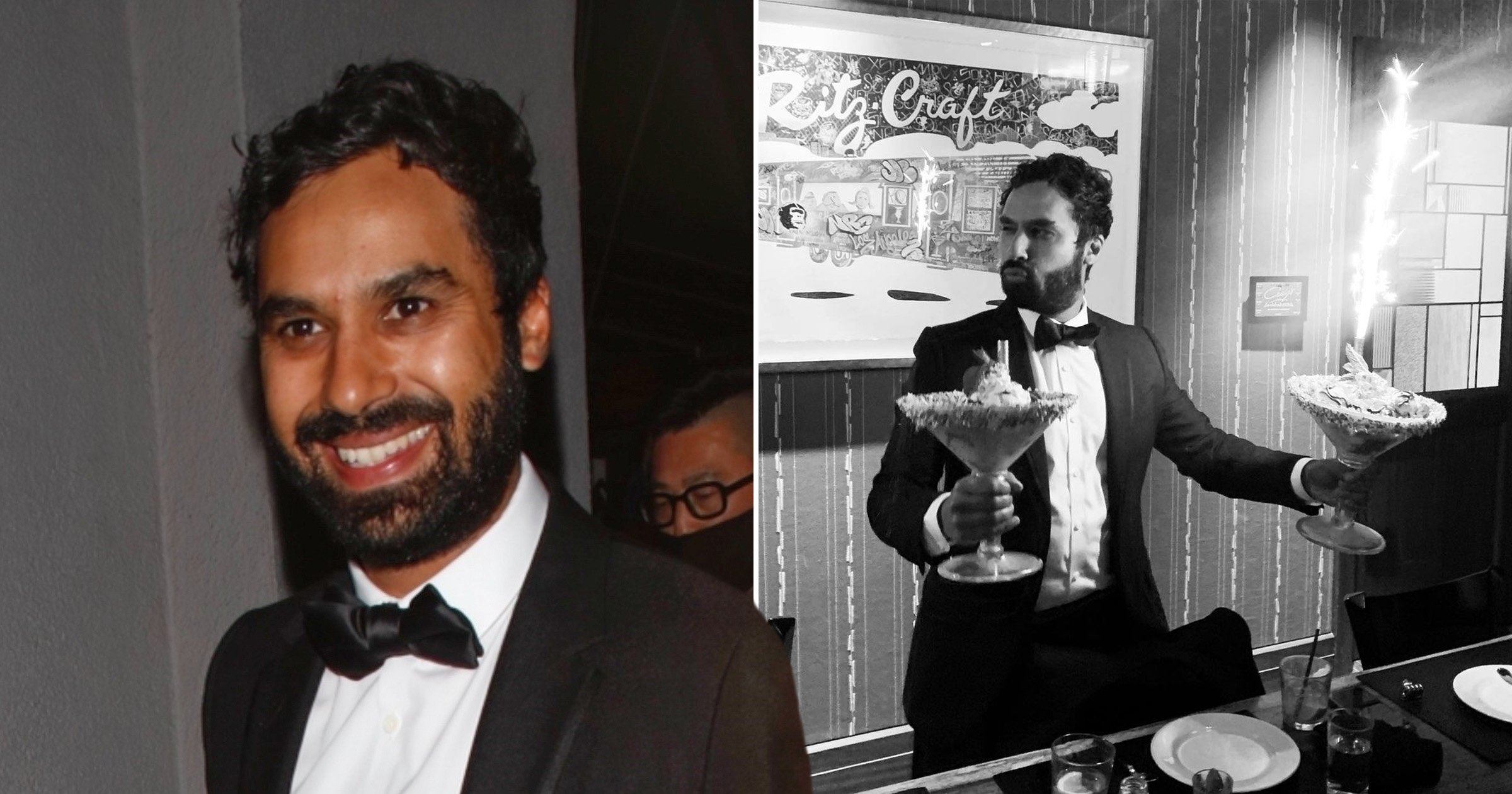 The Big Bang Theory’s Kunal Nayyar couldn’t make it to the Bafta TV Awards in London on Sunday, but looking at his party we know where we’d rather be.

The 40-year-old was nominated for his chilling performance in Netflix’s Criminal, losing out in the Best Supporting Actor category to Malachi Kirby who bagged the gong for the Steve McQueen anthology series, Small Axe.

After being snapped getting dressed up with his wife Neha Kapur, Kunal shared a snap of his Bafta party which looked pretty wild.

Alongside a black and white shot of himself clinging onto what looks like two of the biggest Margharitas known to man, he wrote: ‘Couldn’t attend the @bafta awards in London last night. So we brought London to LA!

‘And though I didn’t bring home the statue we still danced the night away… Honored by this nomination, and congratulations to @iammalachikirby for the much deserved win:).’

The post got a like from his The Big Bang Theory co-star Kaley Cuoco, who has also been picking up the most prestigious nominations since leaving the sitcom for her role in The Flight Attendant.

Kunal will next appearing Apple TV thriller Suspicion, which he’s been busy filming in the UK, alongside Uma Thurman, who stars as a prominent American businesswoman hunting for her kidnapped son – as four British citizens who stayed at the hotel of his abduction become prime suspects.

The Bafta TV Awards saw Michaela Coel’s I May Destroy You quite rightly pick up the most prizes on the night, picking up trophies for mini-series, as well as leading actress for Michaela, who delivered a moving speech about the importance of having intimacy coordinators on set.

Diversity won the Virgin must-see moment award, which is voted for by the public, for their powerful Black Lives Matter-inspired performance on Britain’s Got Talent last year which sparked over 30,000 complaints.

The Bafta TV Awards are available to stream on BBC iPlayer.

When is Love Island returning and where is it being filmed in 2021?