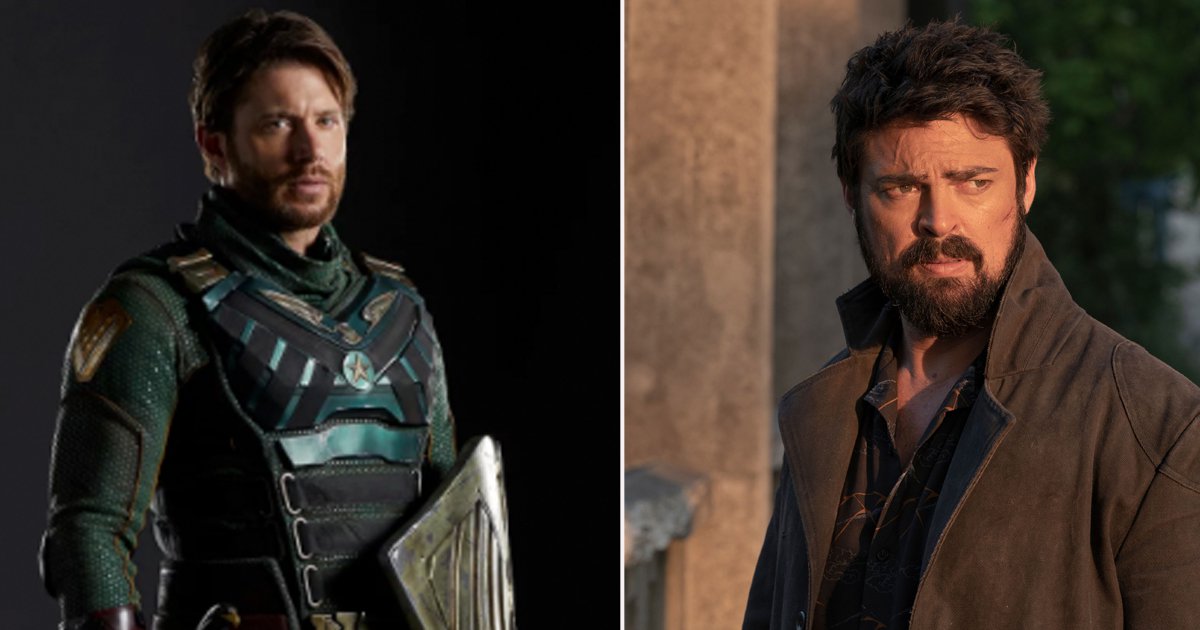 The Boys fans have been given another reason to be excited about season three, after the first-look picture of Jensen Ackles as Soldier Boy was revealed.

The new image revealed by Amazon shows the actor looking pretty badass in green armour, holding a shield as he prepares to make his debut in the upcoming episodes.

While Supernatural star Jensen previously showed off his new bushy beard and teased The Boys fans with a behind-the-scenes snap recently, this is the first time we’ve seen him in character.

He’s expected to make a big impact in the new season, although the character has always been something of a mystery in the comics.

In the original graphic novels by Garth Ennis and Darick Robertson, Soldier Boy has an enigmatic backstory.

After being injected with Compound V formula in 1944, he fought and killed German soldiers at the height of conflict across Europe.

With anticipation building ahead of season three, the character looks like he could be a great addition to the series.

Meanwhile, The Boys star Karl Urban previously teased the third season of the Amazon Prime Video show, promising a ‘next level diabolical’ return with a behind the scenes picture featuring new star Jensen.

‘Celebrating the arrival of the most excellent @jensenackles aka Soldier Boy & the halfway point of shooting season 3 of @theboystv,’ Karl wrote, posing next to Jensen and Hughie Campbell star Jack Henry Quaid.

‘We’re having such a blast This season is next level diabolical! Can’t wait for you all to see it on @amazonprimevideo.’

Filming for season three kicked off earlier this year. Nathan Mitchell, who plays Black Noir on the show, previously told Metro.co.uk that season three of The Boys is going to be even more crazy than what’s come before.

‘I think the nice thing about the show is there’s an upping of the stakes, like the stakes from season one [are] upped in season two and so I think in that same way, we’re gonna raise the stakes again,’ he explained.

A release date for The Boys season three has yet to be released.

The Boys is available to stream on Prime Video now.

Ellie Kemper breaks silence on being crowned queen of controversial ball at 19: ‘Ignorance is no excuse’