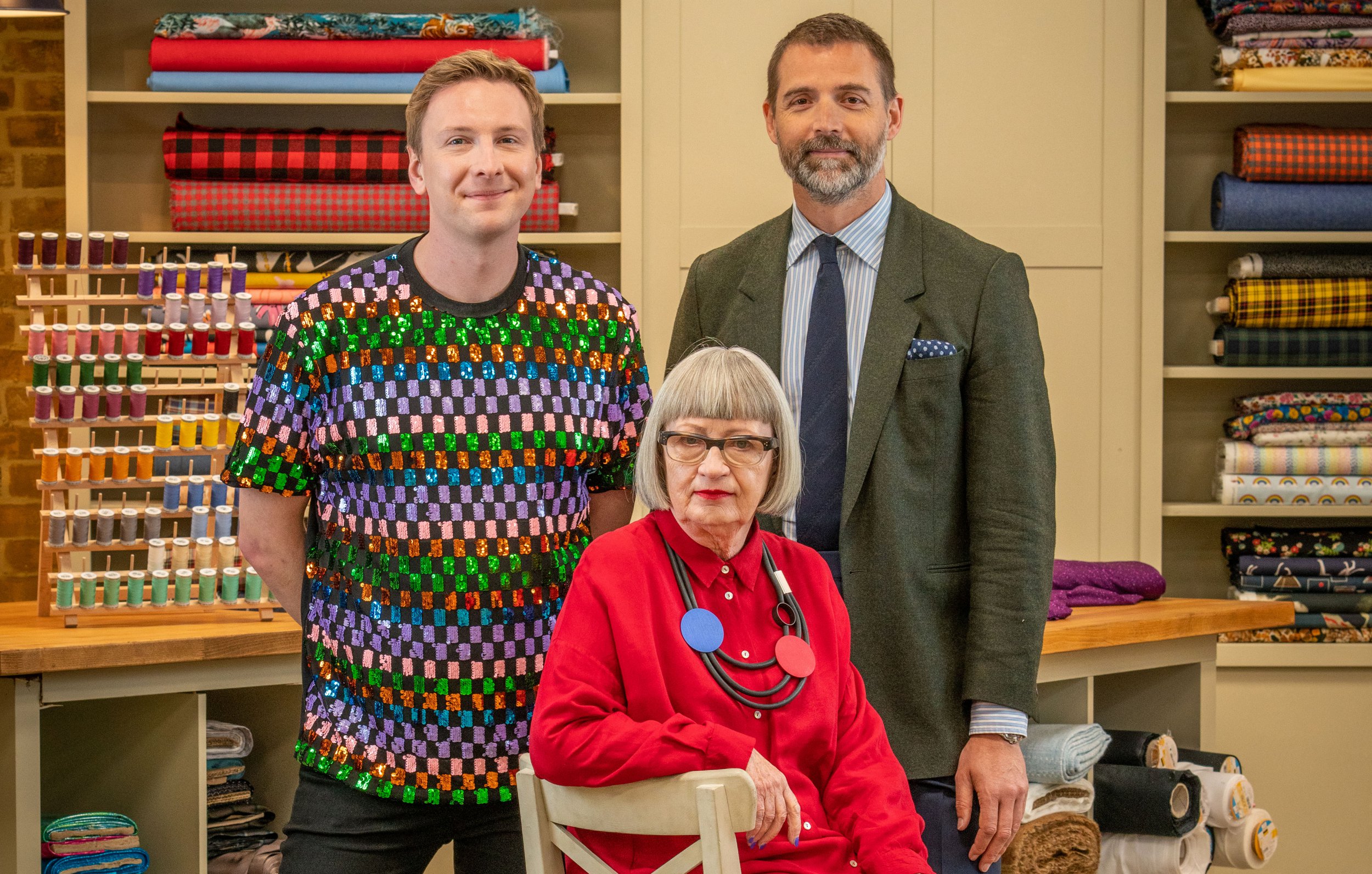 The Great British Sewing Bee finalists have been revealed after the remaining contestants faced a tough vintage-inspired set of challenges.

Raphael, Rebecca and Serena all progressed through the semi-finals, after Farie was eliminated at the final hurdle.

It came after host Joe Lycett introduced the three tricky tasks in Wednesday’s semi-final, which saw contestants design a series of outfits harking back to the 1940s.

The first saw judges Patrick Grant and Esme Young challenge the sewers to make Oxford bags, which were popular trousers at the time.

Farie struggled to convince the judges with her effort, while Raphael came out on top with a pair of trousers that Patrick said he would wear himself.

Rebecca came last in the challenge, while Raphael came second and Serena won with an aquamarine dress which the judges fell in love with.

Finally, the Made to Measure challenge attempted to capture the glamour of Dior’s New Look and create dresses featuring an hourglass silhouette.

Serena’s won over the judges and ‘absolutely fantastic outfit’, featuring a striking red jacket and black trousers. She won garment of the week, while Farie was criticised for not finishing her garment on time.

It was then confirmed that Farie would be leaving the competition.

‘I applied, I did my best. I couldn’t have asked for more,’ Farie said after the news was announced, struggling to hold back the tears.

‘This is my dream come true. It’s been everything I’ve hoped for and more.’

The final three contestants will now face off in the final next week.

Someone who definitely won’t be in the final is contestant Damien, who viewers were gutted to see go last week after dubbing him an ‘absolute legend’ and ‘TV gold’.

The engineer has won fans throughout the competition with his individuality, positivity, and complete refusal to stick to the brief.

The Great British Sewing Bee final airs on Wednesday at 9pm on BBC One.

Firefighters scale cliff face to rescue sheep that got stuck

Have the Friends stars ever hooked up? Cast answer age-old question