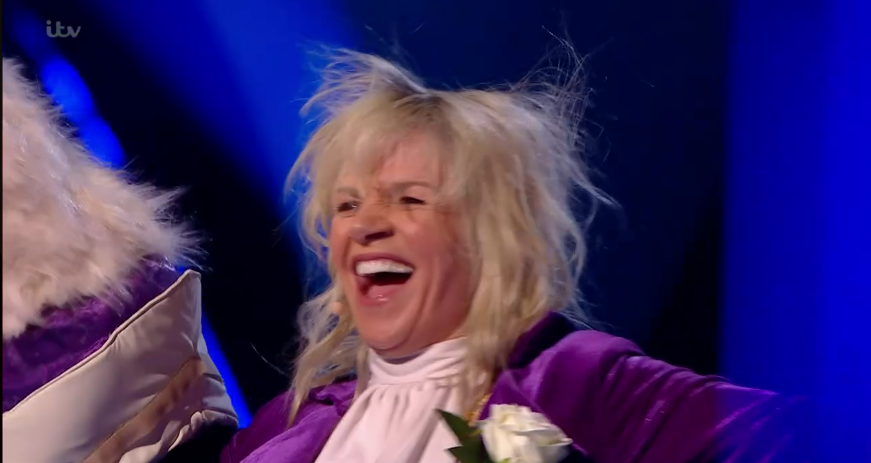 The Masked Dancer’s Llama has been unmasked as Zoe Ball became the sixth celebrity to leave the competition.

The radio DJ had been guessed by some of the panellists, including guest judge David Walliams who put in a punt for Zoe at the last possible moment.

Whipping off her llama mask, the 50-year-old seemed to have had the time of her life on the show, explaining that she wanted to surprise everyone in her life – and we definitely think she’s succeeded.

‘The whole thing is bonkers – I loved being Llama and trotting about. Not speaking was hard though,’ she said.

Zoe added: ‘It’s still nerve-wracking – lots of heavy breathing and sweating but ultimately an absolute hoot. I definitely wouldn’t be as brave without my Llama disguise. The outfit gives you a superpower.’

The former It Takes Two presenter was part of a double elimination, with viewers glued to their screens while Beagle was unmasked as Christopher Dean.

It was the first time all eight of the stars had performed, with Davina McCall, Oti Mabuse, Jonathan Ross and Mo Gilligan desparate to find out who was behind the mask.

Giving them a helping hand was guest judge David as the panel oversaw the first double elimination.

The dancers still left are Zip, Scarecrow, Carwash, Frog, Squirrel and Knickerbocker Glory, with another double elimination in store.

Who was revealed on The Masked Dancer UK? Rubber Chicken and Frog face-off

A UK adaptation of The Masked Dancer was commissioned due in part to the success of the original American version, which began airing its first season on Fox last December.

MORE : Why is The Masked Dancer not on tonight and when is it back?