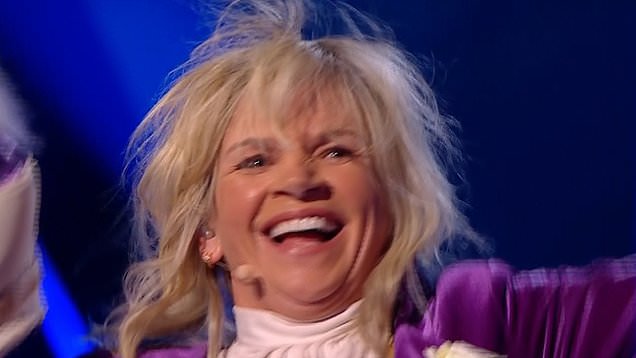 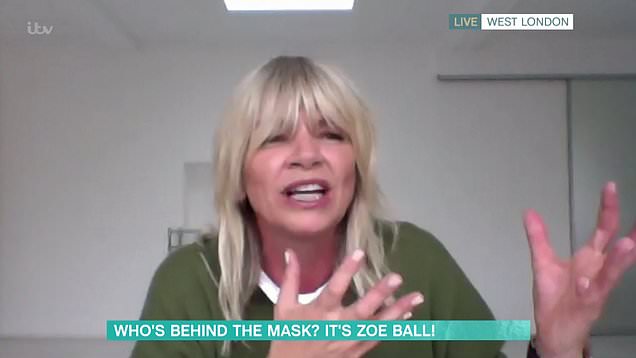 The Masked Dancer UK star Zoe Ball has revealed she was told off behind the scenes over a major rule break.

Earlier this week, Zoe, 50, became the sixth celebrity to be eliminated on ITV’s The Masked Dancer, being unmasked as Llama.

Zoe was beaming from ear to ear as her identity was unveiled, with guest judge David Walliams having guessed it was her at the last moment.

On Friday’s edition of This Morning, Zoe told Alison Hammond and Dermot O’Leary how she and the other stars of the show were kept in check behind the scenes.

Speaking via video chat, the radio presenter said she has ‘never had to be so quiet in my entire life’.

‘You’re balaclava-ed up and you’ve got a visor on – you’re basically like a ninja – and then you’re in the costume,’ she explained.

‘I tried to have a conversation with Scarecrow when we were all standing on the stage,’ she added, stating that she could ‘see Scarecrow was a bit naughty’.

However, before she and Scarecrow could have a natter, she was told to ‘back off’.

Emphasising how difficult it is to figure out who the celebrities are behind the masks, Zoe said: ‘You have no idea. You’re looking at their physiques, the way they’re moving.’

After she was revealed as Llama, Zoe spoke about how much fun she had concealing herself in the fabulous costume.

‘The whole thing is bonkers – I loved being Llama and trotting about. Not speaking was hard though,’ the former It Takes Two presenter said.

‘It’s still nerve-wracking – lots of heavy breathing and sweating but ultimately an absolute hoot. I definitely wouldn’t be as brave without my Llama disguise. The outfit gives you a superpower.’

Zoe was part of a double elimination, with Beagle also being unmasked to reveal Christopher Dean underneath the costume.

'What have I done?': Alison Hammond panics after going to shake hands with war veteran

There are now six dancers left in the competition, with Zip, Scarecrow, Carwash, Frog, Squirrel and Knickerbocker Glory facing another double elimination.

The final will air on Saturday evening, where one star will be named the first ever winner of The Masked Dancer UK, after tonight’s penultimate episode.

Where will Love Island 2021 be filmed and can you stay at the villa?

What did Sullivan do on Station 19?