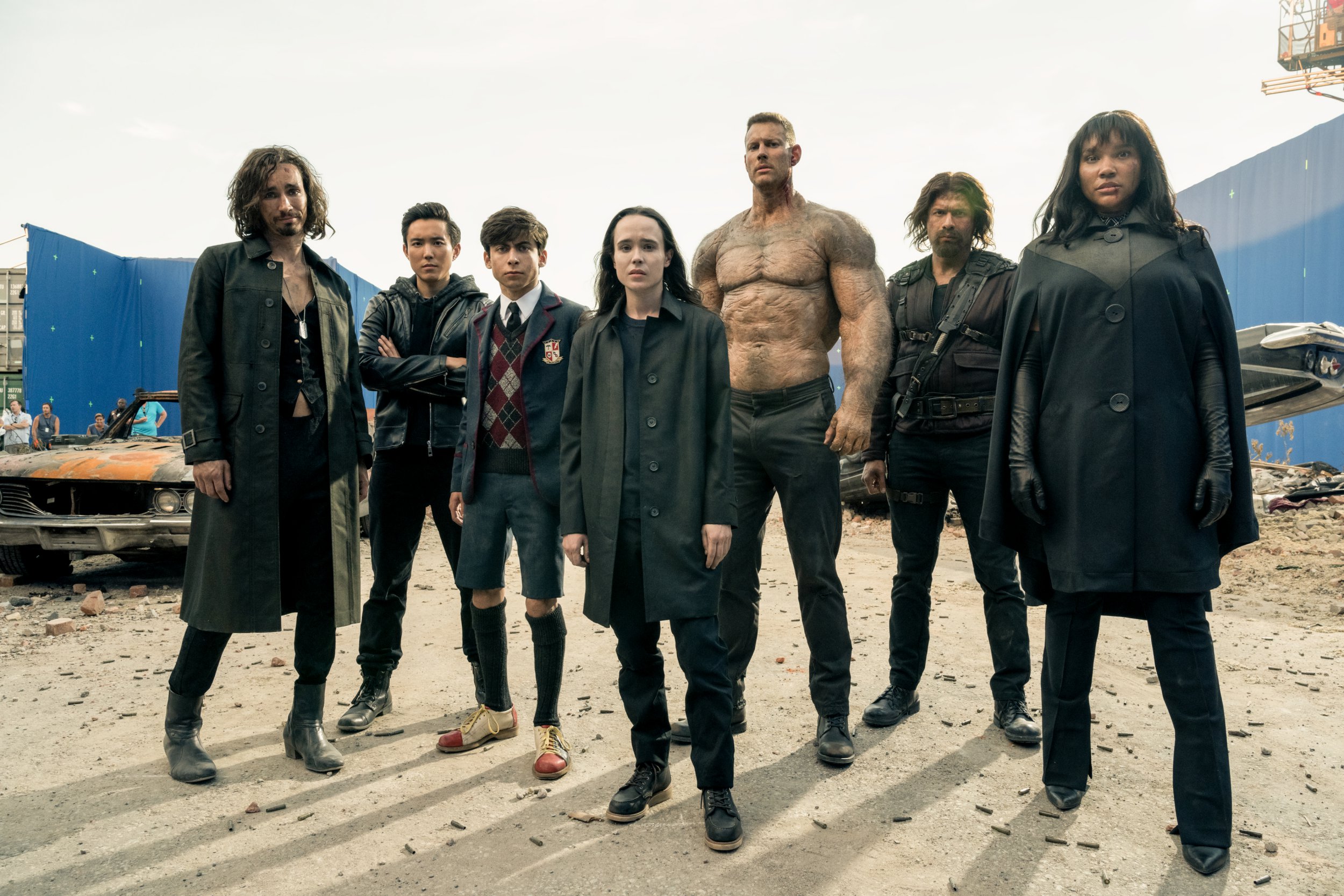 There’s another reason for fans of The Umbrella Academy to get excited, after the titles of all 10 upcoming season three episodes were revealed.

Production is well underway on Netflix’s black comedy superhero series, and fans can begin speculating about what individual episodes could entail now the titles have been revealed.

The episodes titles are as follows.

Fans have already been delving into the graphic novels the show is based on, and a few clues are already beginning to emerge.

As has been pointed out online, ‘Kugelblitz’ is a word meaning radiation-formed black hole, which suggests an ominous episode risking the fabric of time and space itself could be heading our way.

Co-creator Steve also suggested that ‘Marigold’ will have meaning for superfans of the comics.

We’ll have to wait until further details are released to find out more, but consider us very intrigued indeed.

What we do know following the cliffhanger ending of season two, is that the series will follow the Hargreeves siblings as they encounter the Sparrow Academy after causing a stir in the timeline of events.

It comes after Elliot Page shared a cute behind-the-scenes picture from the set of the Umbrella Academy ahead of his tell-all interview with Oprah Winfrey.

The 34-year-old stars as Vanya Hargreeves in Netflix’s hit sci-fi and production is currently underway in Toronto for its hotly-anticipated third season.

Umbrella Academy is available to stream on Netflix.

MORE : Elliot Page enjoys stroll with beloved pup amid The Umbrella Academy filming as he’s spotted after coming out

The 70 best series to watch on Disney+ right now