THIS Morning viewers were left open mouthed today as they discovered Shania Twain is 57.

The legendary singer appeared on the show to discuss her career, but those watching at home were more concerned with how young she looks.

Taking to Twitter to discuss her age defying appearance, one person wrote: “She looks incredible three years older than me what the hell

While a second added: “#ThisMorning 57 years old, she looks hot, not gonna lie.”

A third asked: “Wow is that really Shania Twain ??Love her but I didn’t recognise her at all #ThisMorning.”

And a fourth exclaimed: “Shania looks literally half her age

Read More on This Morning 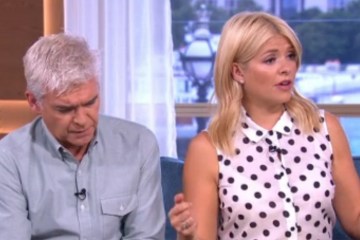 Speaking about her career to a very excited Dermot O’Leary and Alison Hammond, Shania explained: “I feel like I have lived so many lives already looking back at all of that stuff. I could write volumes around every song I have ever released.

“When you start talking about performances and videos and I am so involved with everything, every song is its own book.”

Dermot pointed out how much her various songs mean to people and she told him: “This is what I love about the live shows, you see the people owning the song for themselves.

“I write the song, it’s very personal to me but once I record it and release it, it belongs to everybody else. Every song has it’s own life with whoever takes it on, adopts it.”

Holly Willoughby breaks her silence after This Morning 'queue-gate' fury