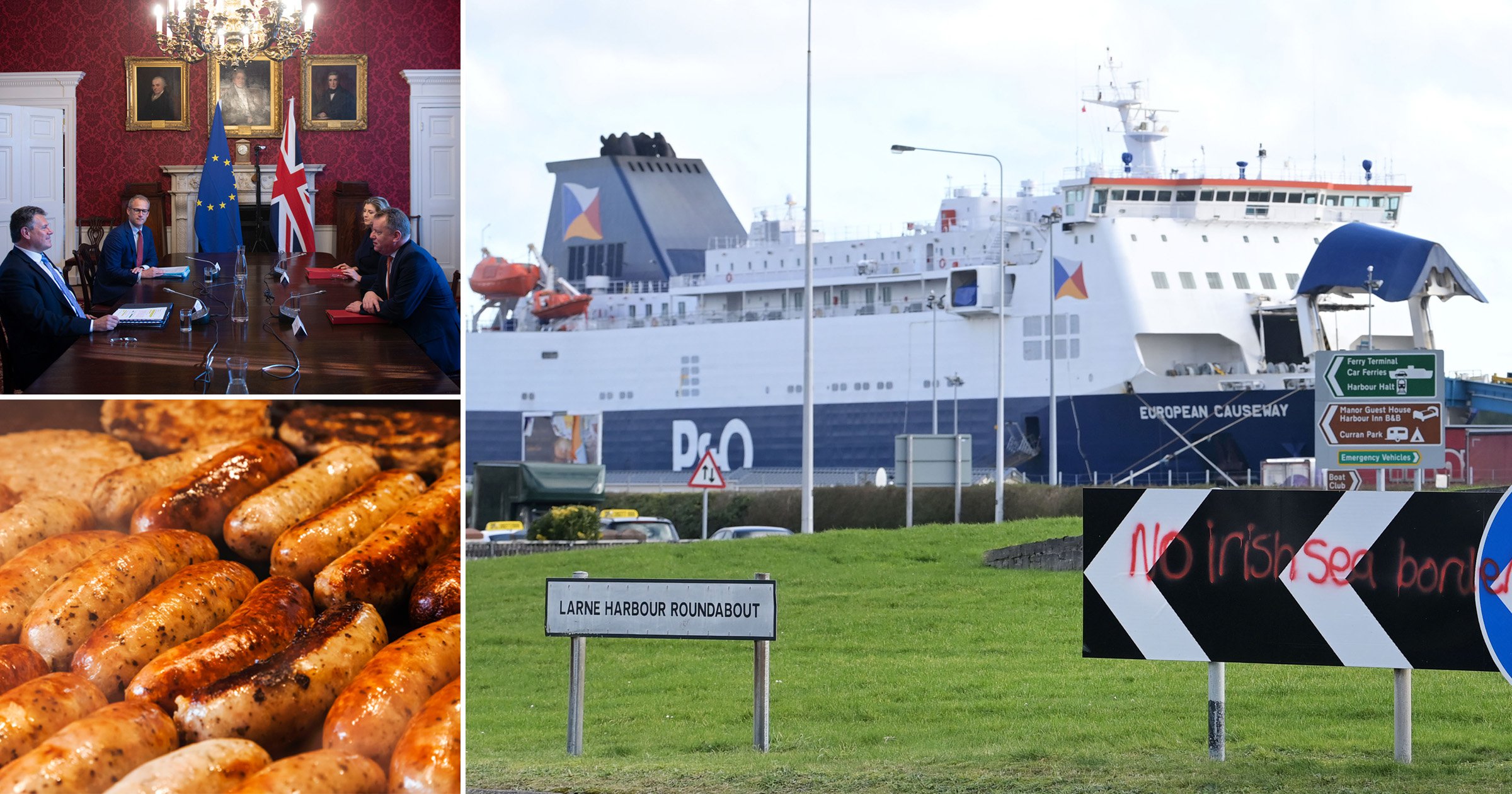 A trade war with the EU could be looming after the government threatened to ferry British meat into Northern Ireland without any checks.

Chilled meat cannot be exported to mainland Europe from the UK under current Brexit rules.

A six-month grace period on borderless trade was agreed to allow Northern Irish supermarkets to continue importing meats from the mainland.

But when the grace agreement ends on June 30, Brexit Minister Lord Frost has refused to rule out the UK deciding to go its own way and waive checks on British-made sausages.

The two sides were still at an impasse after more than three hours of discussions at Admiralty House in London today.

The potential problems it could cause have been dubbed a ‘sausage war’.

Mr Sefcovic said: ‘Of course, as you would understand, the fact that I mentioned that we are at a crossroads means that our patience really is wearing very, very thin, and therefore we have to assess all options we have at our disposal.

Lord Frost insisted there is still time to reach a new arrangement before the current grace period for chilled meat imports ends, but said the UK will consider ‘all options’ if it proves impossible.

A senior source later confirmed that includes the option of extending the period for shipping items across the Irish sea unilaterally.

The source said: ‘The PM has been pretty clear that he can’t see a reason why we shouldn’t be able to sell the British banger in Northern Ireland.

‘The biosecurity risk is zero. We don’t see why there should be a problem with that.’

Sausages are not the only unresolved matter in Northern Ireland’s post-Brexit arrangements.

A government statement issued after the meeting said ‘urgent’ progress was needed to resolve issues including the steel quotas, pet travel, the movement of food and even medical supplies.

The statement read: ‘The UK is concerned that substantive progress has not yet been made in many areas.

‘There is an urgent need for further discussions in order to make real progress, particularly to avoid disruption to critical supplies such as medicines.’

Under the terms of the NI Protocol – which is intended to ensure there is no return to a hard border with the Republic – Northern Ireland remains part of the EU single market, which in turn requires checks on some goods coming from the rest of the UK.

Bigamist spared jail because she was trapped in an ‘abusive’ marriage

I collapsed when I saw crying baby on murdered Brit mum’s body – that image will haunt me forever, says Greek cop