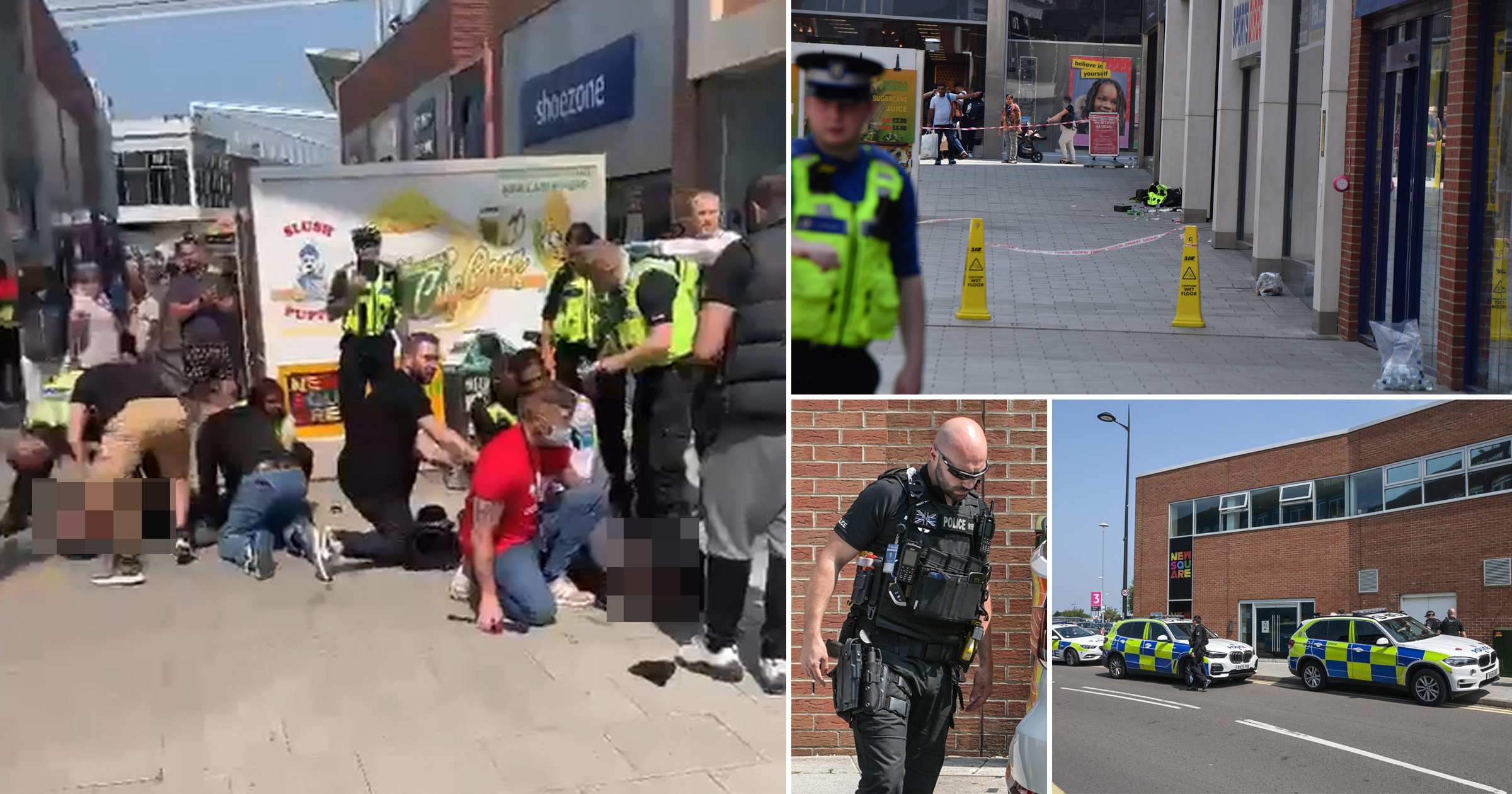 Three people have been arrested on suspicion of attempted murder after two police officers were ‘slashed’ at a shopping centre.

When they approached the two men, they became aggressive and launched an attack, West Midlands Police said.

A force spokesperson said: ‘They have received slash injuries which are not thought to be serious and have been taken to hospital to be checked over.

‘Two men, aged 41 and 37, and a 31-year-old woman have been arrested on suspicion of attempted murder.’

One witness said the incident unfolded in front of children, and they claimed an officer’s neck was badly injured.

‘It was terrible, saw one copper with what looked like a bad injury to his neck,’ they told Birmingham Live. 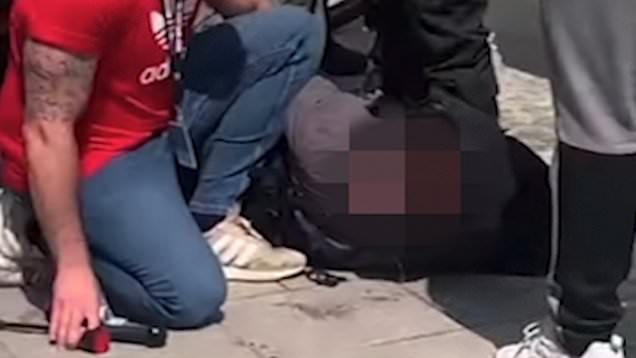 ‘I’m glad there were arrests. I felt sorry for the little children who were scared, it was awful for them to see.’

Bosses at the New Square complex said there had been a ‘serious incident’ earlier today.

‘The men involved were arrested at the scene and the police officers are currently receiving medical treatment.

‘We are now assisting West Midlands Police in their investigation and we will give further updates once we’re able.’

‘They were given treatment on scene before being conveyed to hospital by land ambulance for further checks.’

‘Time traveller’ claims to have visited 2027 and shares videos of ‘human extinction’ with 1.3million TikTok followers

Teachers to be questioned in court after girl, 12, drowned on school trip to France

Covid could be spread through FARTING, ministers claim

Moment crash cyclist Ermir Loka, 23, left OAP, 72, to die in street as he feared deportation – & now he could walk FREE

‘Happy and caring’ girl, 13, who drowned in Oxfordshire lake is pictured as mum pays heartbreaking tribute