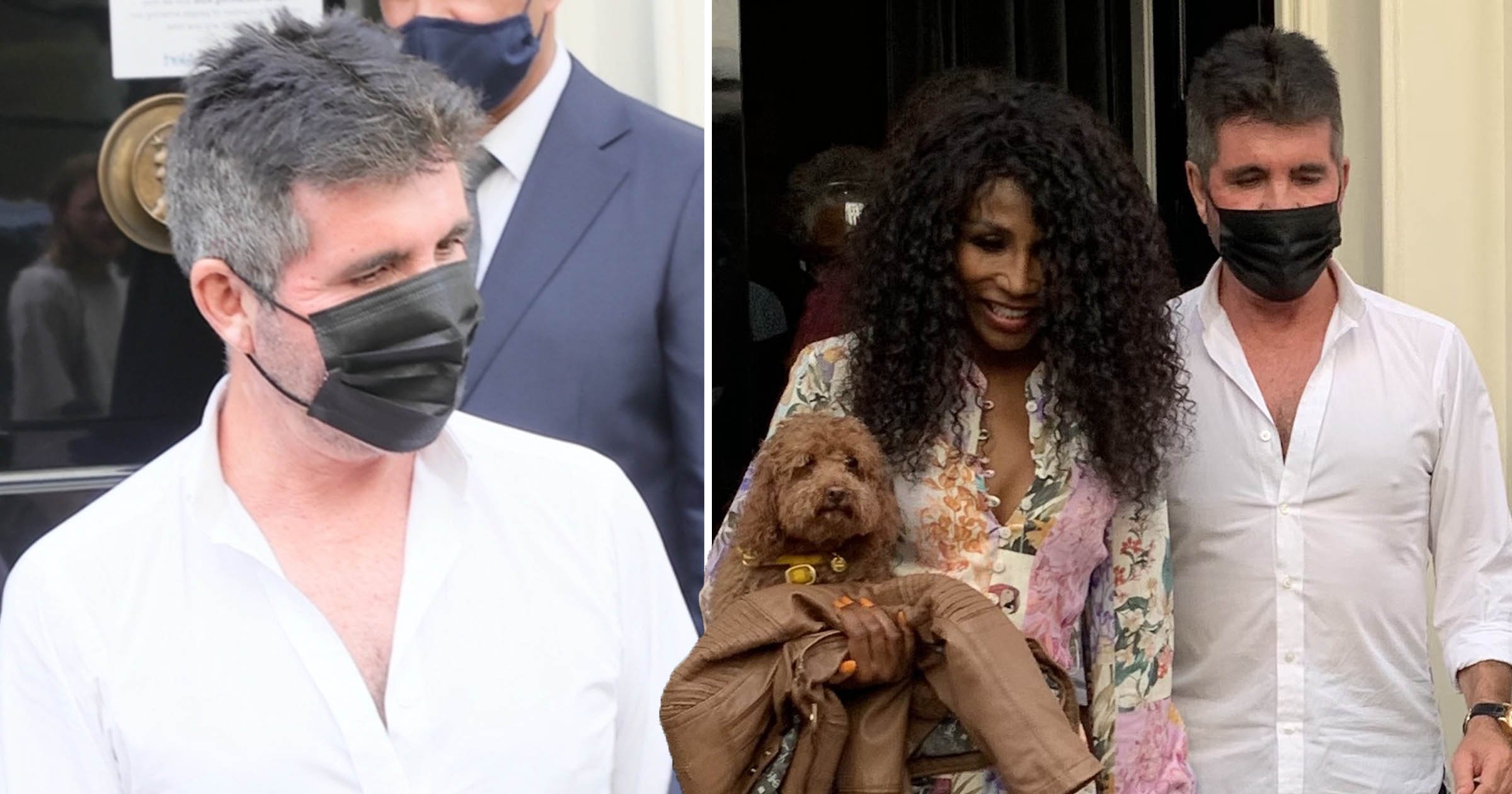 Spirits were high as Simon Cowell was joined by his girlfriend Lauren Silverman and his close friend and ex Sinitta for lunch at The Arts Club in London on Sunday.

The music mogul, 61, stuck to his signature style in a white shirt and black trousers while his stylish other half Lauren, 43, emerged from the head of him in a floral top and white jeans.

Sinitta, who previously dated Simon on and off for 20 years after they first met in 1980, looked typically glamorous as she toted her dog alongside the Syco boss.

The songstress wore a summery floral minidress and carried her belongings in a stylish oversized brown handbag.

She looked every inch the friendly ex with Simon as they chatted away before posing for snaps.

Simon, in particular, looked in high spirits for the outing, which comes after he was forced to step back from work duties to recover from a terrifying bike accident.

The television personality sparked concern when he broke his back after falling from an electric bike – and was forced to undergo a gruelling six-hour surgery.

He recently returned to screens for America’s Got Talent and has got back to work by getting on the promotional trail for his new project – a series of children’s books with son Eric, six, about imaginary animals.

Speaking to Kelly Clarkson about the venture, he admitted that becoming a dad for the first time has softened him up.

‘After I lost my parents, I genuinely felt, Kelly, I would never feel that kind of love for anyone ever again,’ he told the singer.

‘I thought that was it… until I saw the scan of him for the first time.’

He recalled seeing Eric for the first time in an ultrasound scan and instantly becoming ‘besotted’ with his son.

The America’s Got Talent judge went on: ‘From that moment I saw the scan, I was like “That is it, I’m besotted”. Now I just cannot imagine my life without him.

‘He’s the most amazing thing that ever happened to me. I adore him.’

MORE : Simon Cowell and Lauren Silverman go all out as they enjoy family day at Epsom Derby

Why is ‘has Madeleine McCann been found’ trending?