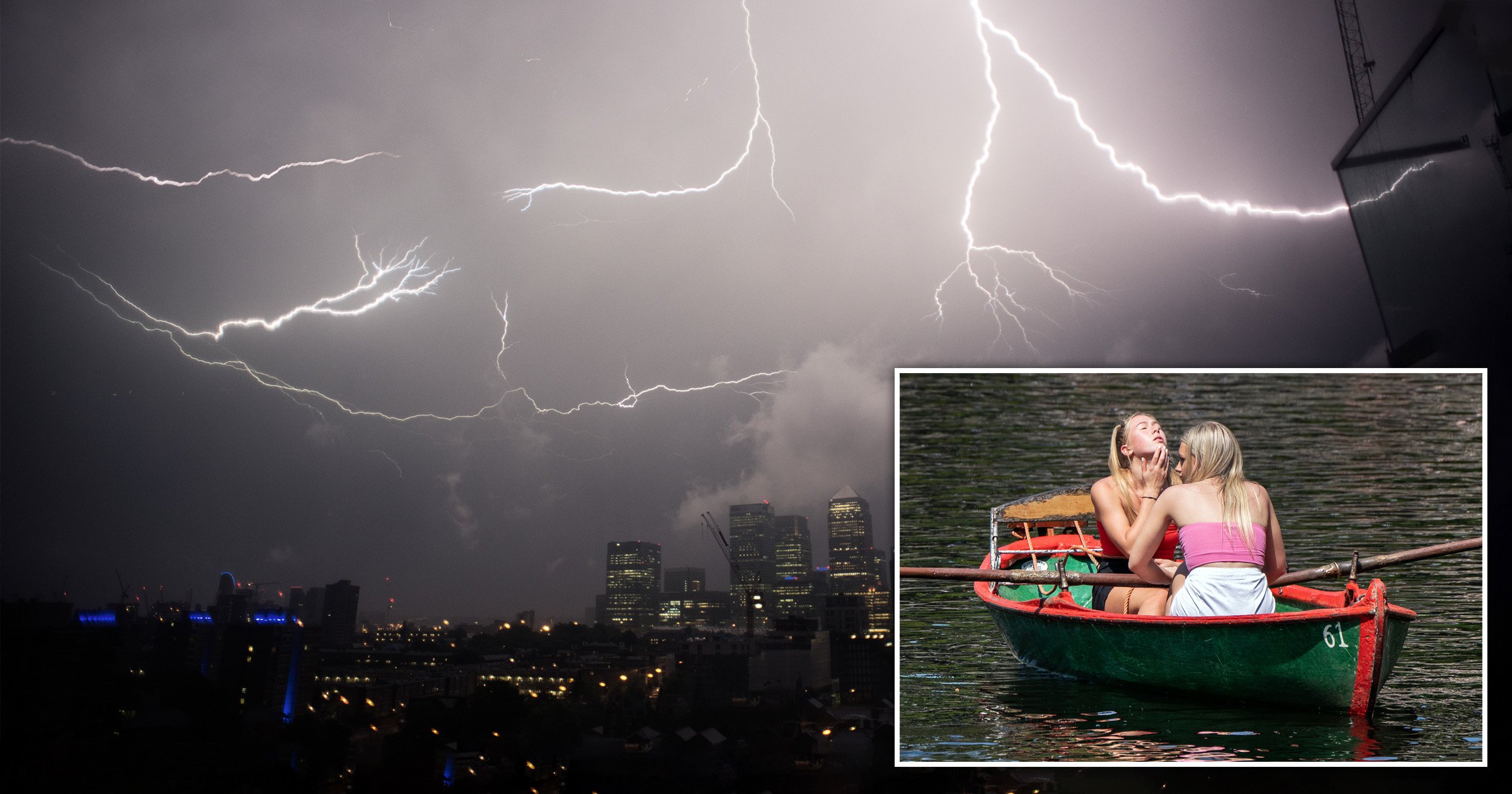 We’re finally getting the summer we all deserve in the UK after weeks of waiting patiently for nice weather.

After having to sit outside pubs and restaurants due to lockdown restrictions in the rain and hail – and in some northern areas, even snow – a heatwave is here at last… now that we can all go back inside.

For the second day in a row it was the hottest day of 2021 so far yesterday, with a temperature of 25.8°C recorded in Cardiff and Middle Wallop, Hampshire on the first day of the summer.

The heatwave is set to continue today and through this week – but some areas of the UK are set to be hit with thunderstorms.

The Met Office has issued a yellow weather warning across south-west England and south-west Wales as a result.

Met Office meteorologist Alex Burkill said: ‘The thunderstorms could bring lots of lightning, some hail, as well as some heavy rain, and with the half term there is an increased number of tourists in this area.

‘The thunderstorms do then push north-eastwards into the Midlands and across more of Wales, but they also ease and break up, so these places will see some showers but they won’t be as intense.’

The warning is in place until 11am, with indications there may be a short-term loss of power in some places and delays on roads and public transport are possible.

But Mr Burkill added today is still likely to be hotter than yesterday, with the possibility of 28°C or 29°C in some areas.

Temperatures across the country are expected to drop slightly tomorrow but the weather will mostly remain fine and dry, with a few thundery showers for some.

It comes after a surprising washout May, which brought heavy rain and inconsistent weather for much of the UK.

Warning for thunderstorms tomorrow – but heatwave to continue rest of week

Today is officially the hottest day of the year so far

The Met Office revealed Wales experienced the wettest May since records began in 1862 – with 245mm of rainfall and beating the previous record of 184mm in 1967.

The UK overall saw its fourth highest amount of rainfall on record for the month, with an average of 120mm.

England had its fifth wettest May on record – and its wettest since 1967 – with 111mm of rain.

Snapchat, TikTok, Reddit and YouTube team up with Government and NHS to encourage young people to get vaccinated