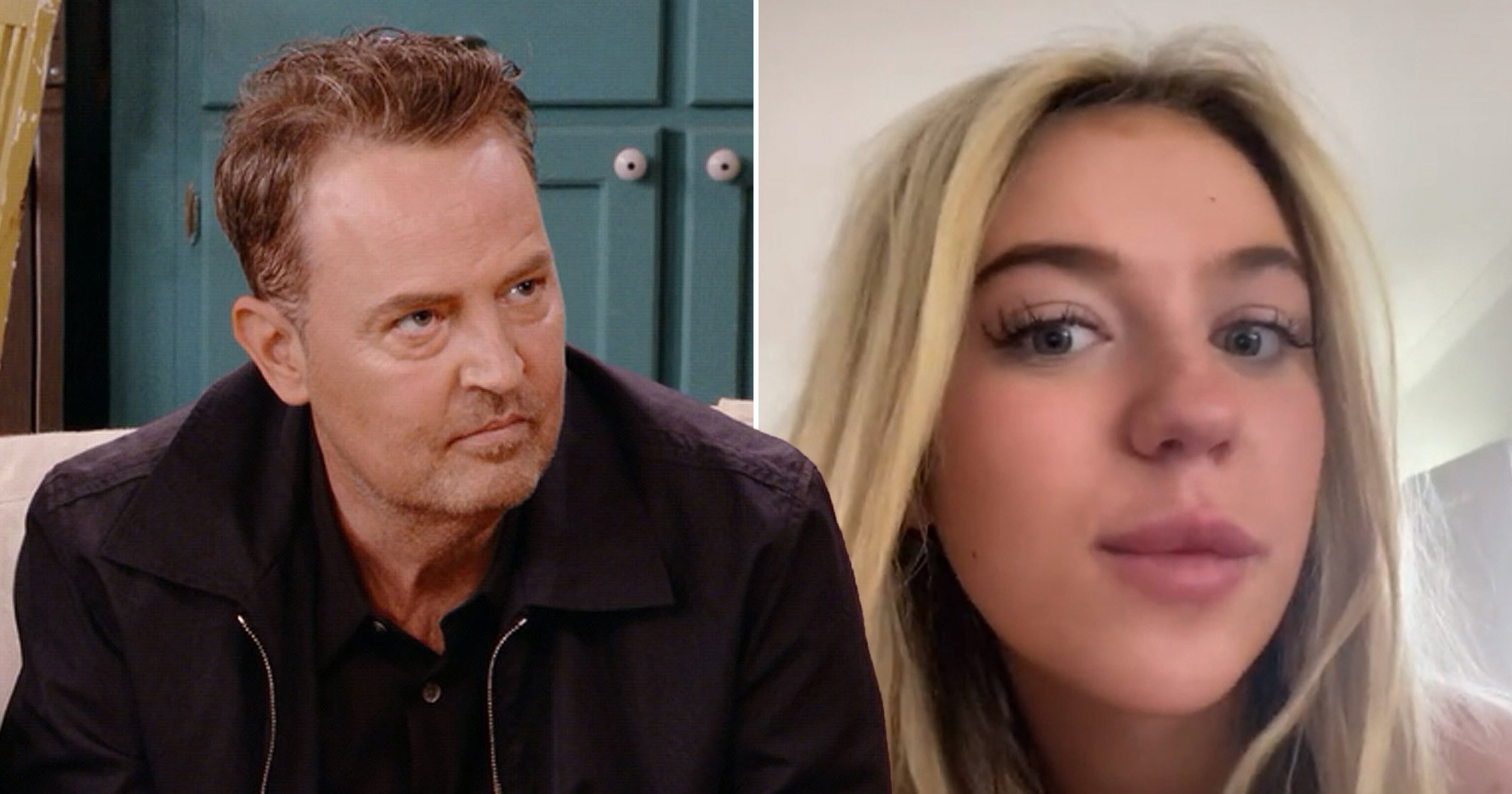 A Tik Tok user who matched with Matthew Perry on the exclusive dating app, Raya, has claimed she is being blamed for his break-up from fiancée Molly Hurwitz.

Kate Haralson, 20, was paired with the Friends actor, 51, on the site, which only accepts eight per cent of its applicants.

The personal assistant, who was 19 when she met Matthew online in May last year, shared a video of the Friends star on TikTok that went viral last month after he FaceTimed her following their messages online.

However, Kate now reckons that she is being blamed for Matthew’s split from Molly.

In a screenshot from a message she sent to gossip Instagram account Deuxmoi, Kate wrote: ‘Matthew Perry and fiancee split everyone blames me lol.’

When asked if Matthew was dating Molly at the time of their FaceTime, Kate defiantly wrote: ‘No! They were on a break.’

During Kate’s now-viral chat with the Hollywood star, he allegedly asked: ‘Am I as old as your Dad?’, which left her feeling ‘uncomfortable’.

She shared the clip with the caption: ‘When you match with Matthew Perry as a joke on a dating app and he FaceTimes you and plays 20 questions with you.’

The 16-second video shows Matthew smiling as he asks Kate: ‘Do you always play with your hair this much?’ to which she giggles: ‘I guess so.’

Kate, who has been kicked off Raya for ‘breaking privacy guidelines, alleged he told her he was roughly a year older than her father, adding: ‘I don’t think he minded that.

‘It felt kind of weird talking to someone my dad’s age and it just felt not right, especially when he knew how young I was.’

On sharing the video, she told Page Six: ‘A lot of people were saying I’m a bully and mean for posting this, and it made me feel kind of bad, but at the same time, I feel like a lot of guys in Hollywood are talking to all these young girls and it’s something that I think a lot of people should be aware of.’

Matthew briefly split from his fiancée Molly in May last year when Kate claims the FaceTime exchange took place.

They officially called off their engagement earlier this week, with Matthew telling People he ‘wishes Molly the best’.

Tennis superstar Nick Kyrgios joins Australian Ninja Warrior as commentator: ‘Is that all you got?’

Rob Rinder: My sexuality should be about as important to you as the size of my big toe