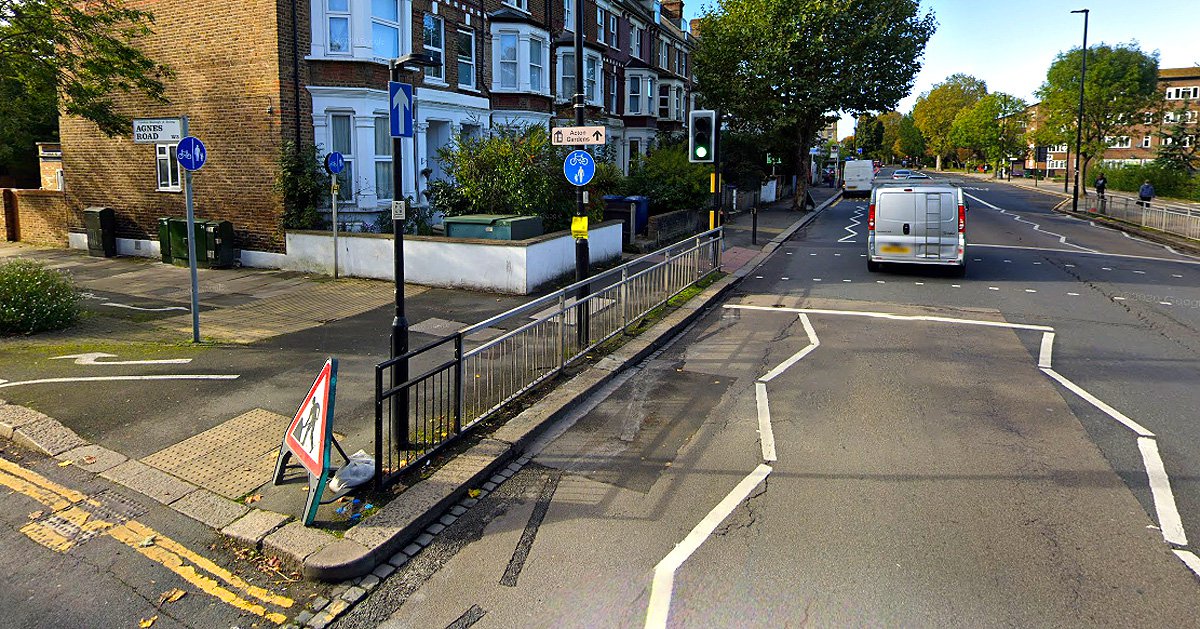 A toddler is fighting for her life after being hit by a moped while crossing the road at traffic lights with her family in west London.

The girl, 2, is in a critical condition after being struck at around 6.35pm on Tuesday by a driver suspected to have taken drugs beforehand.

She was raced to hospital after the incident at the junction of The Vale on Uxbridge Road and Agnes Road in Acton.

A man, 19, has been arrested on suspicion of dangerous driving and driving under the influence of drugs.

The Metropolitan Police has urged witnesses to come forward as they investigate.

What I Rent: Lucy, £1,350 a month for a one-bedroom flat in Ealing Broadway, London

Man taken to hospital with gunshot wound in London

Detective Sergeant Nush Puvitharan, from the Serious Collision Investigation Unit, said: ‘The incident happened as the girl and her family were crossing the street at traffic lights while other vehicles waited.

‘Some of those road users would have seen the incident, or may have recorded the events on dashcam footage and, if so, I would urge them to come forward and speak to police.

‘This information could prove vital in ensuring we can piece together exactly what happened in this incident.’

Boy, 15, stabbed to death in fight during morning school run in London