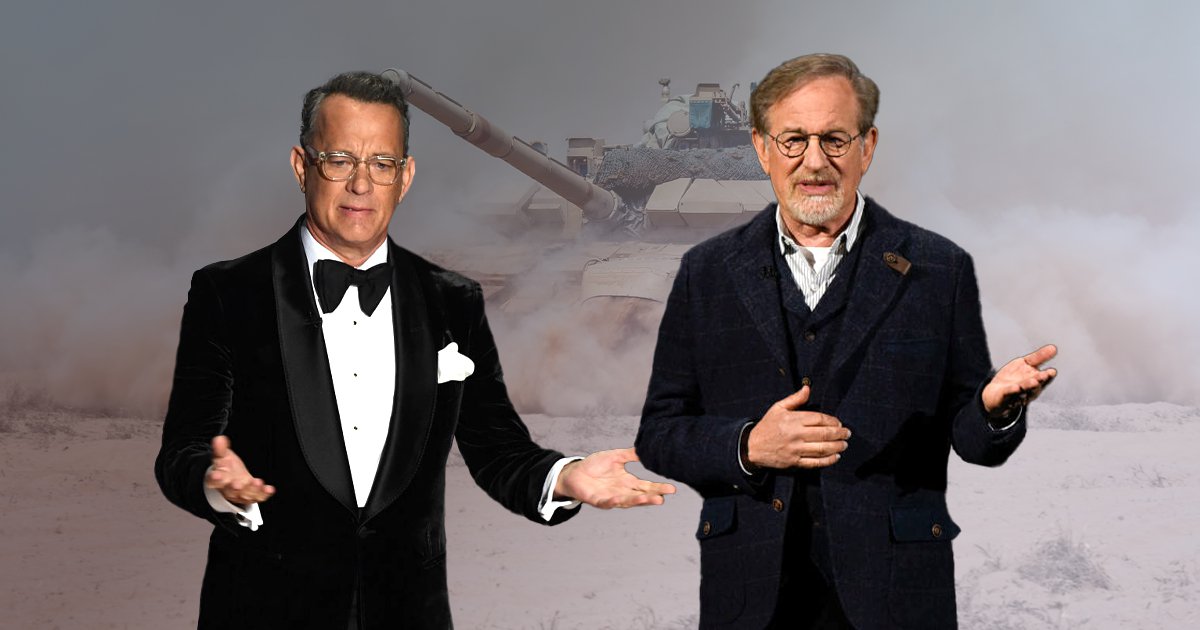 Tom Hanks and Steven Spielberg’s new miniseries has been thrown into complete disarray after one of its leading actors tested positive for Covid-19.

Filming for the World War II drama Masters of the Air – which Hanks and Spielberg are producing along with James Bond filmmaker Cary Joji Fukunaga – has been put on hold.

The upcoming miniseries is based on Donald Miller’s Masters Of The Air and will explore the aerial battles of the pilots enlisted in the Eighth Air Force – known as the men of the Mighty Eighth.

The new series is a huge commitment, with war dramas running up astronomical costs due to special effects, pyrotechnics and large ensemble casts.

According to The Sun newspaper, ‘a string of cast and crew’ have been forced to isolate along with the unnamed actor. Apparently ‘everyone is very angry’ as the star is thought to have caught the virus off set.

A source told the publication: ‘Everyone is very angry. It’s understood the person who caught COVID got it outside of production. But of course, that meant others have still had to isolate.’

Shooting on the Apple TV+ show has taken place in two UK locations, Abingdon Airfield in Oxford and Newland Park in Buckinghamshire.

Earlier this year Spielberg and Hanks constructed a sprawling US Airforce base in the British countryside, which set them back a cool £5million.

It was initially reported that HBO had planned to televise the series in 2021, but by 2019 Apple TV had made a deal with Spielberg and Hanks’ production companies.

Last year, Hanks and his wife Rita Wilson were diagnosed with COVID-19 whilst in Australia.

The actor and his actress-and-producer spouse were Down Under as he was shooting Baz Luhrmann’s Elvis Presley biopic Elvis – in which he plays the King of Rock ‘n’ Roll’s manager Colonel Tom Parker – in Queensland.

Speaking about their experience of the illness, Hanks said: ‘We felt a bit tired, like we had colds, and some body aches. Rita had some chills that came and went. Slight fevers too.’

They later donated their blood antibodies for virus research.

Masters of the Air will air on Apple TV.

Line of Duty series 7: Adrian Dunbar hints H mystery might not be resolved after all