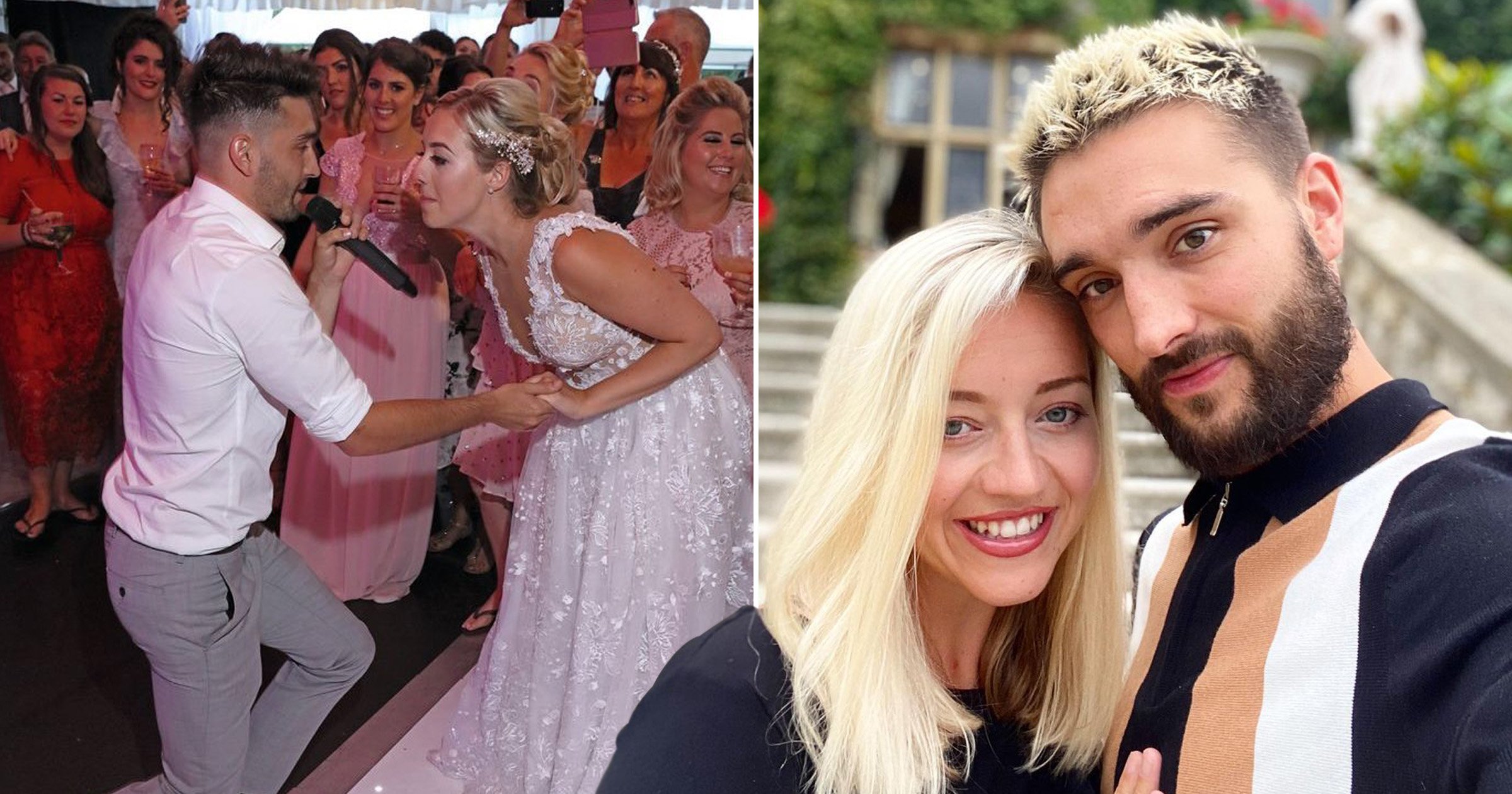 Tom Parker has shared a sweet post dedicated to his wife Kelsey in honour of their third wedding anniversary this week.

The Wanted singer, 32, posted a snap from their wedding in which he is down on one knee serenading Kelsey as their guests look on, smiling proudly.

He wrote: ‘3 years married to you! When I tell you I love you my girl, I’m not just saying it. I say it to remind you that you are the best thing that has ever happened to me.

‘Thank you for not only the last 3 years of marriage but just for being the wonderful human being you are @being_kelsey.’

Kelsey also marked the occasion with a wedding photo, adding: ‘3 years ago today I married my best friend.’

Tom’s bandmate Max George commented: ‘From that night when we lived at the Marriott… there was only ever one ending… happy anniversary guys. Love you all loads.’

Their anniversary comes after Tom revealed the struggles he has faced during his latest round of chemotherapy for his terminal brain tumour.

He had told fans that the medication had left it hard for him to eat, explaining alongside a photo of him with Kelsey and their two children: ‘Currently I’m laid in bed with chemo side effects hitting me in the face hard. These 3 little beauties get me through it and make it all worth it.’

Kelsey and Tom have been together for over 10 years and share two-year-old daughter Aurelia and son Bodhi, nine months, who was just weeks from being born when Tom found out his diagnosis.

Tom also revealed that he will be making a documentary about his battle with cancer, which will be shown on Channel 4 later in the year.

He told his followers on Instagram in June: ‘Almost a year ago, my world was turned upside down by my diagnosis.

‘It’s been an emotional few months for me and my family. But I’m determined to both fight the disease and the terrible situation of the chronically low level of research that goes towards finding a cure and treatment for glioblastoma.

‘In this documentary, as well as exploring the medical and human aspects of this disease, I am determined to raise awareness and raise as much money as we can through [a fundraising concert] to help advance crucial cancer research and develop new treatments.’

MORE : Tom Parker opens up on chemotherapy struggles as he battles brain tumour: ‘It absolutely knocks it out of you’

MORE : Tom Parker hits back at vile troll who claimed he won’t beat his brain tumour: ‘What the f**k is wrong with people’

Tributes to ‘murdered’ mum, 35, with ‘heart of gold’ as neighbours tell of ‘terrible rows’

Fantastic Beasts’ Mads Mikkelsen ‘enjoys’ being the Hollywood villain: ‘I embrace it!’

Emma Bunton on grim ‘reality’ of motherhood: ‘I’ve been sick on a million times’