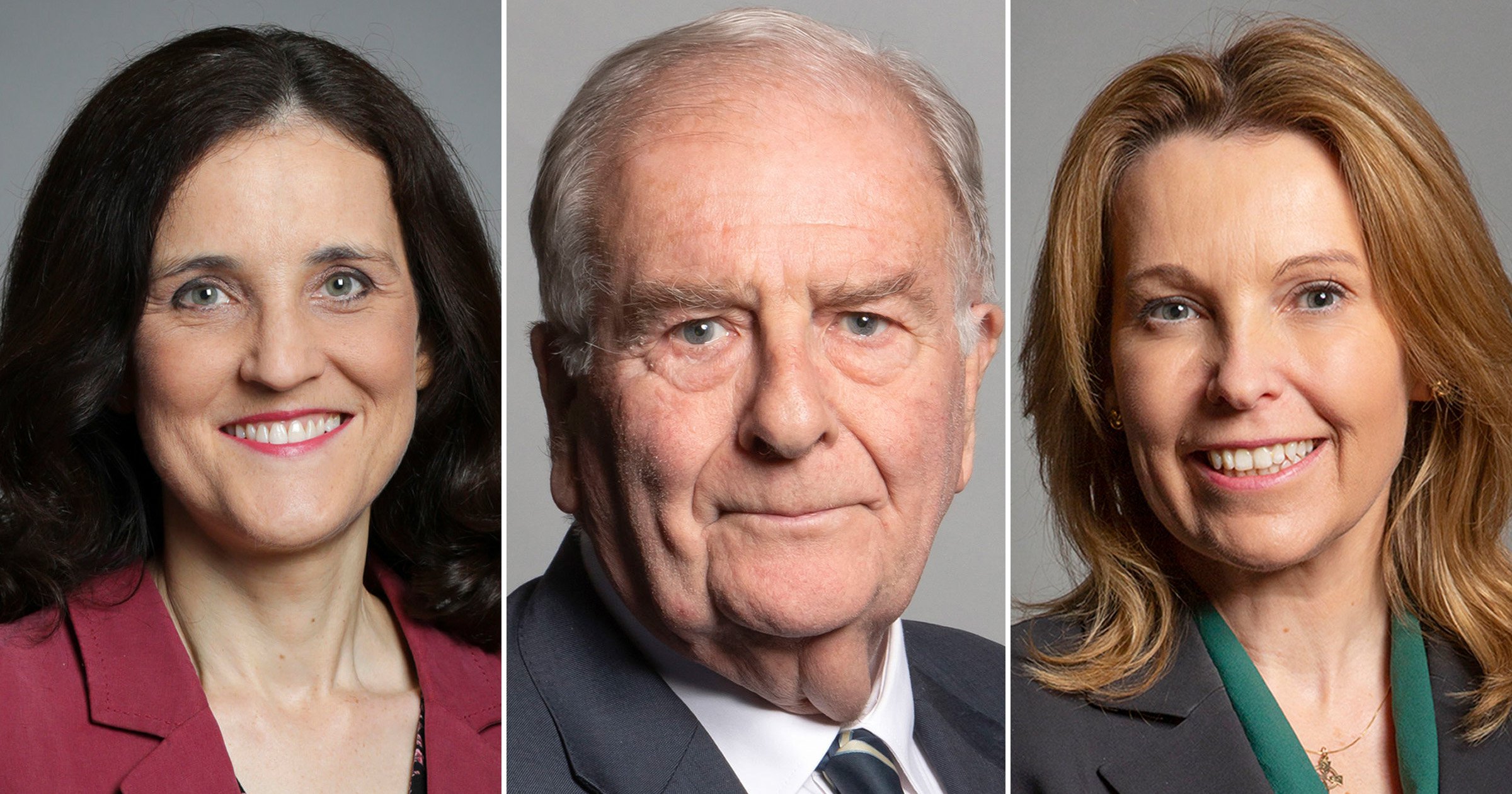 Three Conservative MPs are set to be suspended from the Commons for a day after attempting to ‘improperly influence judicial proceedings’ around the trial of a former MP.

Charlie Elphicke, 50, was given a two-year jail term in September last year after being found guilty of three counts of sexual assault against two women.

He chased one victim around a room chanting, ‘I’m a naughty Tory,’ in incidents which took place a decade apart.

But the Commons Standards Committee found five Tory MPs breached the code of conduct by trying to interfere in a decision made by judges.

Theresa Villiers, Natalie Elphicke, Sir Roger Gale, Adam Holloway and Bob Stewart all wrote letters to the judges in the case raising concerns that character references submitted for Mr Elphicke may be published.

They argued disclosing these references would be a ‘radical change to judicial practice’ which could have a ‘chilling effect’.

‘The letters signed and sent by the members in this case were an attempt improperly to influence judicial proceedings,’ the committee said.

‘Such egregious behaviour is corrosive to the rule of law and, if allowed to continue unchecked, could undermine public trust in the independence of judges.’

The MPs’ behaviour was found to have ’caused significant damage to the reputation and integrity’ of the House of Commons.

The committee recommended former environment secretary Ms Villiers, senior Conservative Sir Roger, and the defendant’s former partner Ms Elphicke – who succeeded her husband as MP for Dover in Kent – should be suspended from the house for one day.

Mr Holloway and Mr Stewart were ordered to apologise through a personal statement in the chamber.

Of the three recommended for suspension, the committee said two had ‘substantial legal experience’ while Sir Roger is the longest standing of the group and ‘still does not accept his mistake’.

All five were told to apologise both in Parliament and to the Lord Chief Justice of England and Wales.

In a statement, Ms Elphicke said: ‘My actions were solely motivated by my duty to represent my constituents who had raised serious concerns with me. Those who approached me about this matter were private individuals who I believe have no place in the public eye.

‘This is particularly true in the age of social media where online bullying and harassment is rife. It is of deep concern to me that the committee did not fully recognise this.

‘However, as I have already acknowledged, I do recognise that there were faults in the way I set about raising my constituents’ valid concerns. I regret and apologise for that and will learn from this experience in the future exercise of my duties as an MP.’

A spokesperson for Ms Villiers said: ‘Ms Villiers accepts the findings of the Standards Committee.

‘She deeply regrets the mistake she made in co-signing a letter to judges about the principles applying to the disclosure of the identities of members of the public providing pre-sentencing character references in criminal cases.

‘She has apologised sincerely for doing this. The correspondence was well-intentioned, but Ms Villiers recognises that it was wrong to raise this matter with judges when a court hearing was pending.’

Sir Roger declined to comment on the ruling, but he told the committee during evidence: ‘I would find a different way of doing it, but would I do it again – would I seek to achieve the same effect? Yes, I would.’

Tory peer Lord Freud, who also signed the letter, was investigated separately by the Lords Commissioner for Standards, and was ordered to apologise for a breach of the code of conduct in February.

Liverpool stripped of world heritage status because of waterfront development