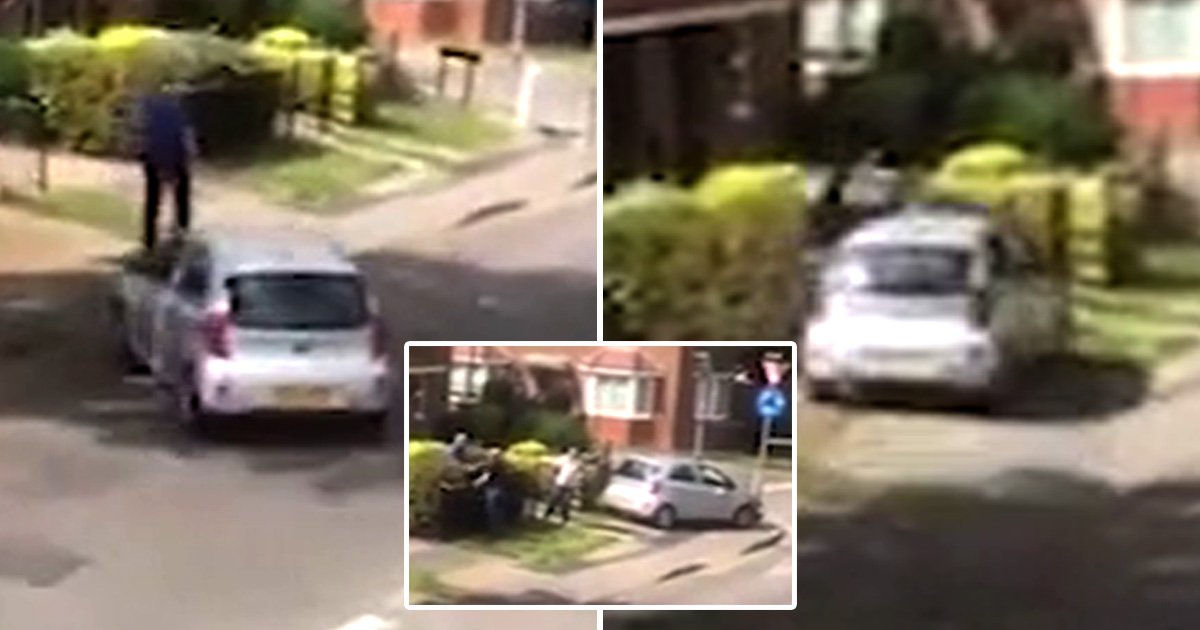 A jury has been shown the terrifying moment a traffic warden flew 10ft into the air after being mowed down in a suspected road rage attack.

Steven Smith, a former soldier, was walking down the street when he was allegedly struck by Arthur McGhie, 55, immediately after the pair had had a furious argument.

The council worker was sent flying over railings and onto some bushes in someone’s front garden, where he was left bruised and with a bleeding head.

It was then that McGhie allegedly got out of his car and attempted to punch Mr Smith in the head, before fleeing the scene.

The whole incident was captured by a resident’s camera phone on a quiet street in Burgess Hill, West Sussex, at around midday last August.

McGhie is on trial at Hove Crown Court charged with attempted murder and for assaulting an off-duty police officer who tried to arrest him. 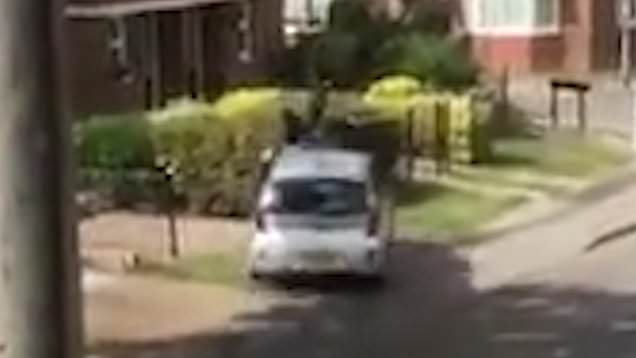 He has already pleaded guilty to grievous bodily harm and assault on another emergency worker and dangerous driving.

The court heard how Mr Smith had been approaching a lane when he saw a Hyundai, driven by McGhie, indicating to turn right.

But McGhie ignored the signal, causing Mr Smith to slow to a stop and flash his lights once more, the court heard.

McGhie then followed Mr Smith before overtaking him and pulling up on a small roundabout.

Mr Smith pulled up and parked behind him and the two got into a heated argument.

McGhie branded him ‘sneaky’ and accused him of ‘trying to trap people’, the court heard.

He allegedly saw Mr Smith’s emblem on his uniform and said: ‘Yeah you lot, you’re sneaky’.

He went on to call him ‘vermin’ and ‘a vulture’ before the argument turned physical, the jury was told.

After pinning McGhie to the ground, Mr Smith is said to have walked away in the direction of his car.

But before he could arrive to his vehicle, he heard a ‘scream’ and the sounds of a ‘car engine revving’.

Rachel Beckett, prosecuting, said: ‘He looked over his right shoulder and saw the defendant in his vehicle driving at him.

‘He immediately felt his back hit the bonnet of the car and his head hitting the windscreen.’

The jury heard how Mr Smith was thrown into a hedge and left immobile as the defendant’s car swerved out of control and hit a lamp post and Virginmedia box.

McGhie then allegedly got out of his car and tried to punch Mr Smith in the face as he was stuck in the bush.

He then fled the scene in his car, narrowly avoiding colliding with another vehicle.

McGhie was arrested after being located by off-duty police woman PC Phoebe Apps, who recognised him from the viral video.

Two officers had to assist as he violently resisted arrest.

Miss Beckett said: ‘The Crown’s case is that by driving deliberately and hitting him with his vehicle, he intended at that time to kill him.’

Mr Smith was treated for extensive cuts and severe bruising at a hospital.

He also suffered severe pain in his right elbow, forearm and left hand.

Why is the Indian Covid variant called Delta and how will future strains be named?

Keira Knightley says ‘literally everybody’ she knows has experienced harassment: ‘I don’t know anyone who hasn’t’

Texas schools may be fined $1,000 if they have mask mandate after Governor Greg Abbott bans Covid rules in exec order