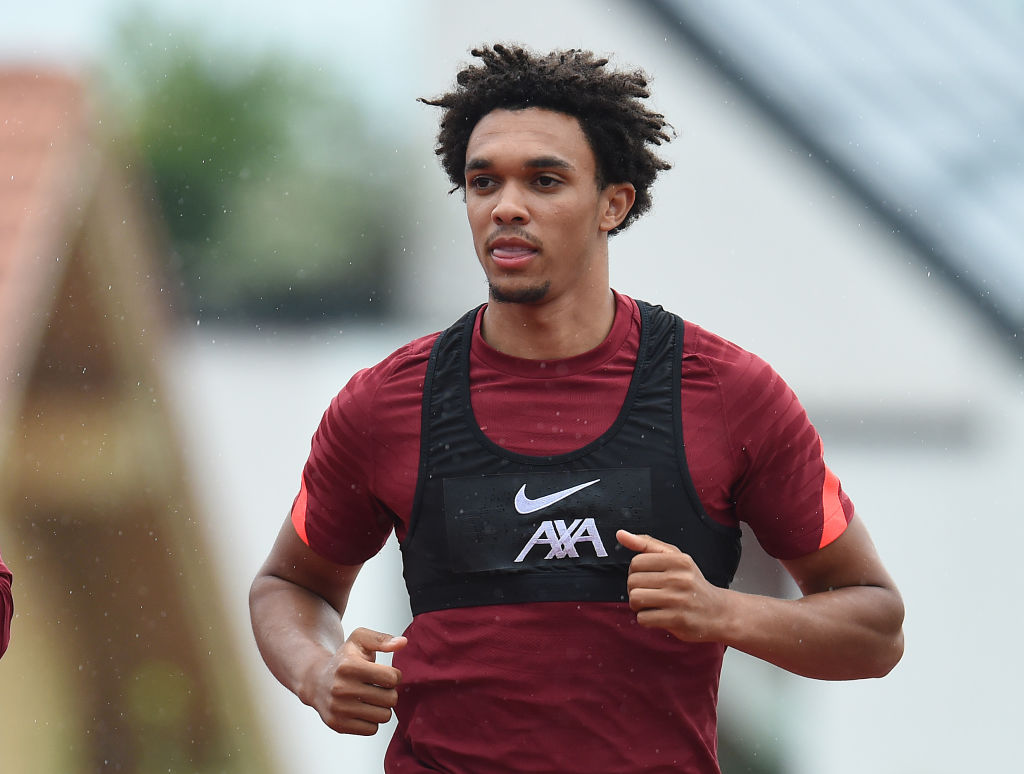 Trent-Alexander Arnold feels fit and ready to play, seemingly recovered from the thigh injury he picked up playing for England in the build-up to Euro 2020.

The 22-year-old limped out of England’s friendly win over Austria on 2 June, with the thigh problem keeping him out of their run to the final of Euro 2020.

It was a desperately disappointing bit of bad luck for Alexander-Arnold, but he now looks set to be ready for Liverpool’s start to the Premier League campaign next month.

The Reds play friendlies on Tuesday and Friday this week and he is hoping to be involved to prove that he is back to fitness.

‘[I’m] fully pain-free. I’ve been doing a lot of rehab when we were off over the summer with the physios and the medical staff, which was good for me,’ Alexander-Arnold told Liverpool’s official website.

‘I feel fit, I feel healthy and I’m back in full training now, so it’s good. It’s good for me.

‘I’ve done quite a few sessions with the lads now, I feel fit enough to play. But the decision comes from the manager, the staff and obviously the medical staff, they need to talk and see if it’s worth the risk.

‘If not, there’s a game on Friday as well, so whether it’s a case of a few minutes on Tuesday and play a bit more on Friday, ease me in like that, who knows? Either way, I’ll be ready to play.’

Liverpool play two 30-minute mini matches on Tuesday afternoon, one against FC Wacker Innsbruck and another against Stuttgart at their training camp in Austria.

There is then a proper friendly contest on Friday against Mainz, before playing Hertha Berlin on Thursday 29 July and starting the Premier League season at Norwich on 14 August.