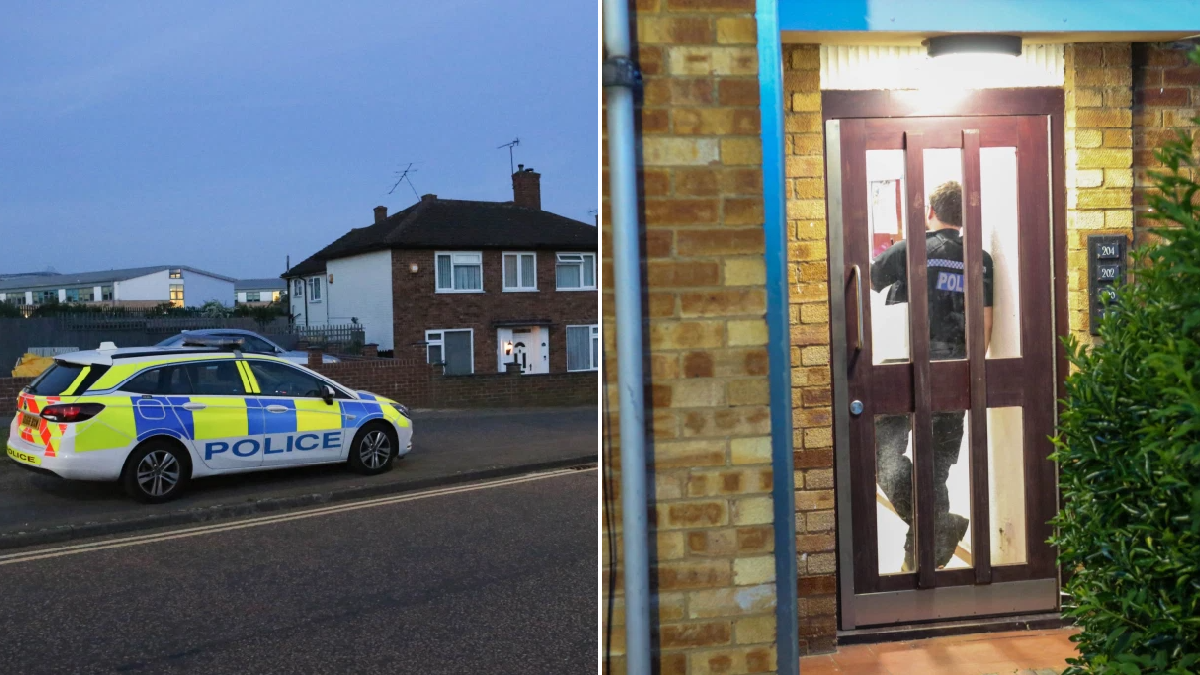 Two men have been arrested on suspicion of murder after a 49-year-old woman was found dead at home over the weekend.

The victim’s body was found on Long Readings Lane, in Slough, at 7.30pm on Sunday after officers were called to the property.

Police initially treated her death as unexplained but are now treating it as a murder following new information.

Two men, aged 35 and 49, both from Slough, have been arrested on suspicion of murder and are currently being questioned in police custody.

It is understood that Thames Valley Police has made a mandatory referral to the Independent Office of Police Conduct in relation to the incident due to prior police contact.

A post-mortem exam was carried out on Tuesday but another medical opinion is being sought before the results are published.

Formal identification has yet to take place but specially trained officers are providing support to the woman’s family.

Detective Inspector Dejan Avramovic said police are keeping ‘an open mind’ around the circumstances that lead to the woman’s death.

He added: ‘First and foremost, our thoughts are with the family and friends of the woman who has died.

‘As a result of our ongoing enquiries, in response to the discovery of the woman’s body on Sunday, we have now made the decision to launch a murder investigation.

‘I understand that this will cause some concern in the local community in Slough, however I would like to provide the reassurance that we are undertaking a detailed investigation with two men arrested in connection with this incident.

‘We also have a number of officers in the area, and so a visible presence will be there while we continue this investigation. If any residents of the area have concerns, please do approach our officers and speak with them.’

Anyone with information is urged to get in touch on 101.

Birdwatchers scramble to hire boats to see rare bird after it flies 4,000 miles to the UK for first time