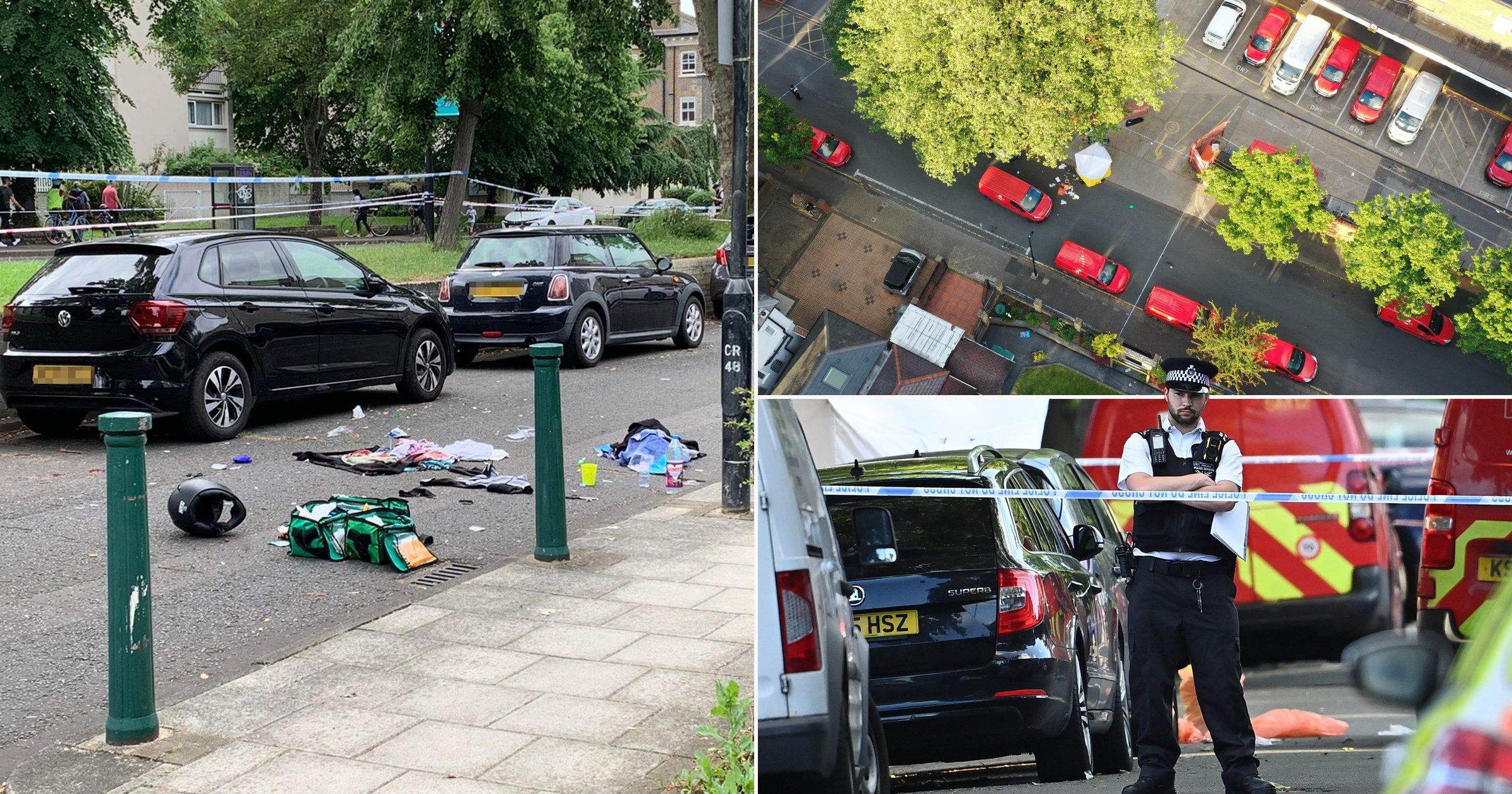 A teenager has died after he was stabbed in the street, less than two hours after a separate stabbing in south London.

The victim was found in Prentis Road in Streatham around 4.15pm and taken to hospital, where he was pronounced 35 minutes later.

He had suffered a serious stab wound to his chest.

In the earlier incident, a man was stabbed ‘multiple times’ on Cedars Road in Clapham at around 2.47pm.

He was taken to hospital, where his injuries are not believed to be life threatening.

Two men fled the scene by car and shortly after collided with another vehicle before escaping on foot, police said.

No arrests have been made related to this incident, but police have reportedly made arrested in the second attack.

Both areas were cordoned off while officers investigated the crime scenes, with roads closed.

Local MP for Streatham Bell Ribeiro-Addy said on Twitter: ‘My thoughts and prayers are with the family of the young man stabbed to death on Streatham High Road this afternoon.

‘Arrests have been made and an investigation is ongoing in the area.’