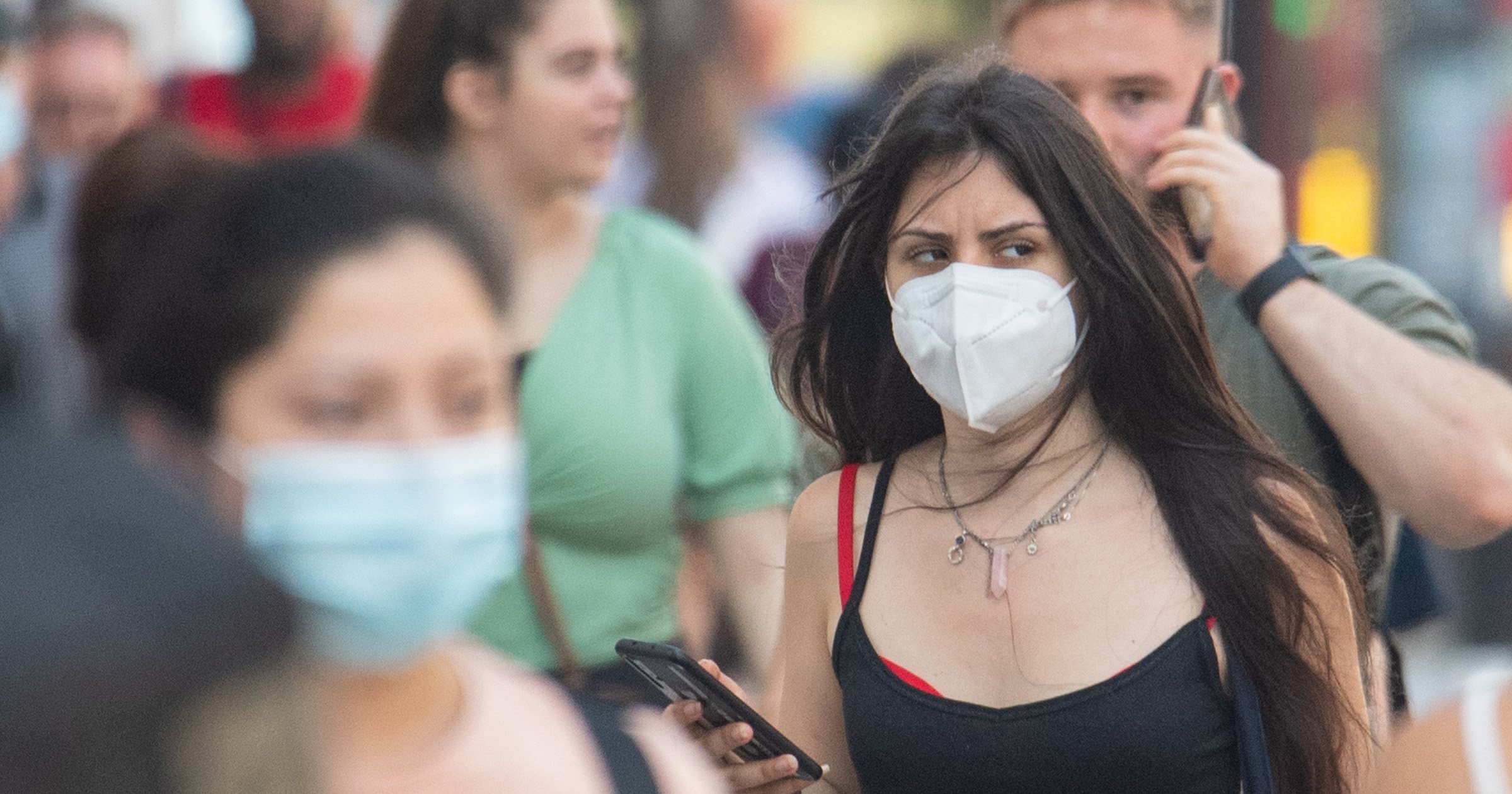 A further 96 people have died in the UK after contracting coronavirus, in the highest daily toll since March.

Today’s figures from the Department of Health show another 46,558 people have tested positive with Covid-19.

In comparison, 39,950 new cases and 19 deaths were announced yesterday, and 36,660 infections and 50 fatalities this time last week.

Today’s death toll – counting people who have died within 28 days of testing positive – is the highest since March 24 when 98 were reported.

It brings the official total to 128,823, but separate data from the UK’s statistics agencies where Covid-19 has been mentioned on the death certificate puts the number above 153,000.

Vaccinations mean deaths aren’t rising nearly as rapidly as they have in previous waves, nor in proportion to cases, but they are still creeping up.

Figures from the Office for National Statistics show Covid deaths rose by 68% in a week in the week ending July 9.

Cases are rising in 97% of England, with experts warning hospitalisations could soon hit 2,000 per day and deaths 200,000 per day.

It comes as practically all Covid restrictions were lifted in England yesterday, on what has been dubbed ‘Freedom Day’.

Yesterday Boris Johnson reiterated that it was still the right time to lift lockdown, claiming the school holidays offered a ‘firebreak’ that should be taken advantage of.

Delivering a Downing Street conference while in isolation at Chequers, he added: ‘The logic remains the same, if we don’t open up now, we face a risk of even tougher conditions in the colder months when the virus has a natural advantage.’

But still, he said he expects there to be more than ‘1,000 people per day’ being hospitalised with the virus.

The Government’s chief scientific adviser, Sir Patrick Vallance, mistakenly said during yesterday’s conference that 60% of people in hospital had received both doses of the vaccine.

But he has since admitted he was wrong, tweeting: ‘Correcting a statistic I gave at the press conference today, 19 July.

This is a breaking news story – more to follow.

Joshua Jackson reveals moment when wife Jodie Turner-Smith proposed to him: ‘She was quite adamant’