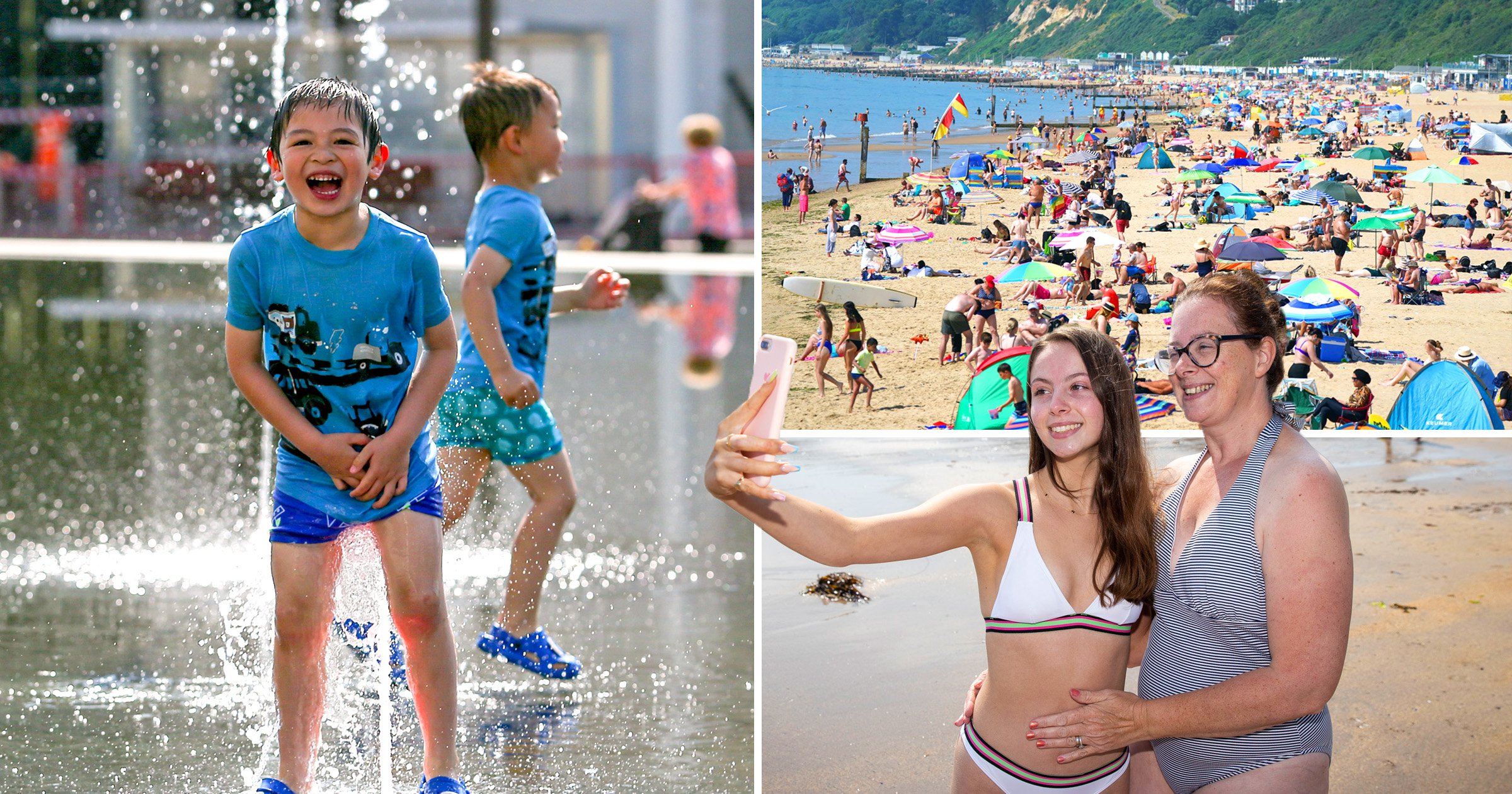 The hottest temperature of the year so far has been recorded today, with 32.2C at Heathrow in west London.

It replaces the previous record, also set at Heathrow, of 31.6C just two days ago.

The heatwave prompted the Met Office to issue its first ever extreme heat warning yesterday, which will last until Friday.

However, the weather is expected to turn to heavy showers and thunderstorms in some areas.

New amber storm warnings for parts of south-eastern England have been issued between 4pm and 7pm today.

Forecasters warn of water spray, sudden flooding and lightning strikes, which could lead to power cuts, damage to buildings and delays to public transport.

The thunderstorms could echo the flooding witnessed last week in London and the South East, which affected several Underground stations.

Dan Stroud, a Met Office forecaster, said: ‘We’re seeing some fairly heavy showers developing during the afternoon along with reports of lightning and hail.

‘There will be some intense spells of heavy rainfall as the afternoon develops and some slow-moving downpours, some places will see it, others won’t at all.

‘There may be some localised flooding issues as a fair amount of rain will fall – meaning possible delays to public transport, power cuts and potentially surface flooding.’

Mr Stroud said the recent spell of hot weather has drawn in moist air to eastern parts of the country, which is causing the downpours.

He said as much as 40mm-60mm of rain could fall in one hour, with some areas seeing a ‘substantial’ amount.

Commuters may be the worst affected by the downpours, with South Western Railway reporting a track circuit failure at London Waterloo.

The Environment Agency has issued 16 flood alerts for Tuesday – meaning flooding is possible – in parts of London, Nottinghamshire and Derbyshire.

Mr Stroud added: ‘If you get heavy rain you’ll certainly know about it, but the rest of the country is continuing to bask in dry skies and warm temperatures.

‘We’re seeing the warmest temperatures in south-western areas and parts of Wales.’

The Met Office has issued an amber extreme heat warning for parts of Wales, all of south-west England and parts of southern and central England over the next few days.

Public Health England has extended its heat-health warning, which warns people to take measures to stay cool and look out for vulnerable people, until Friday.

Heartbroken parents pay tribute to ‘fizzy’ daughter, seven, killed when her bike was hit by a lorry

Courteney Cox opens up about bonding with her teenage daughter Coco: ‘It’s really important to keep an open relationship’