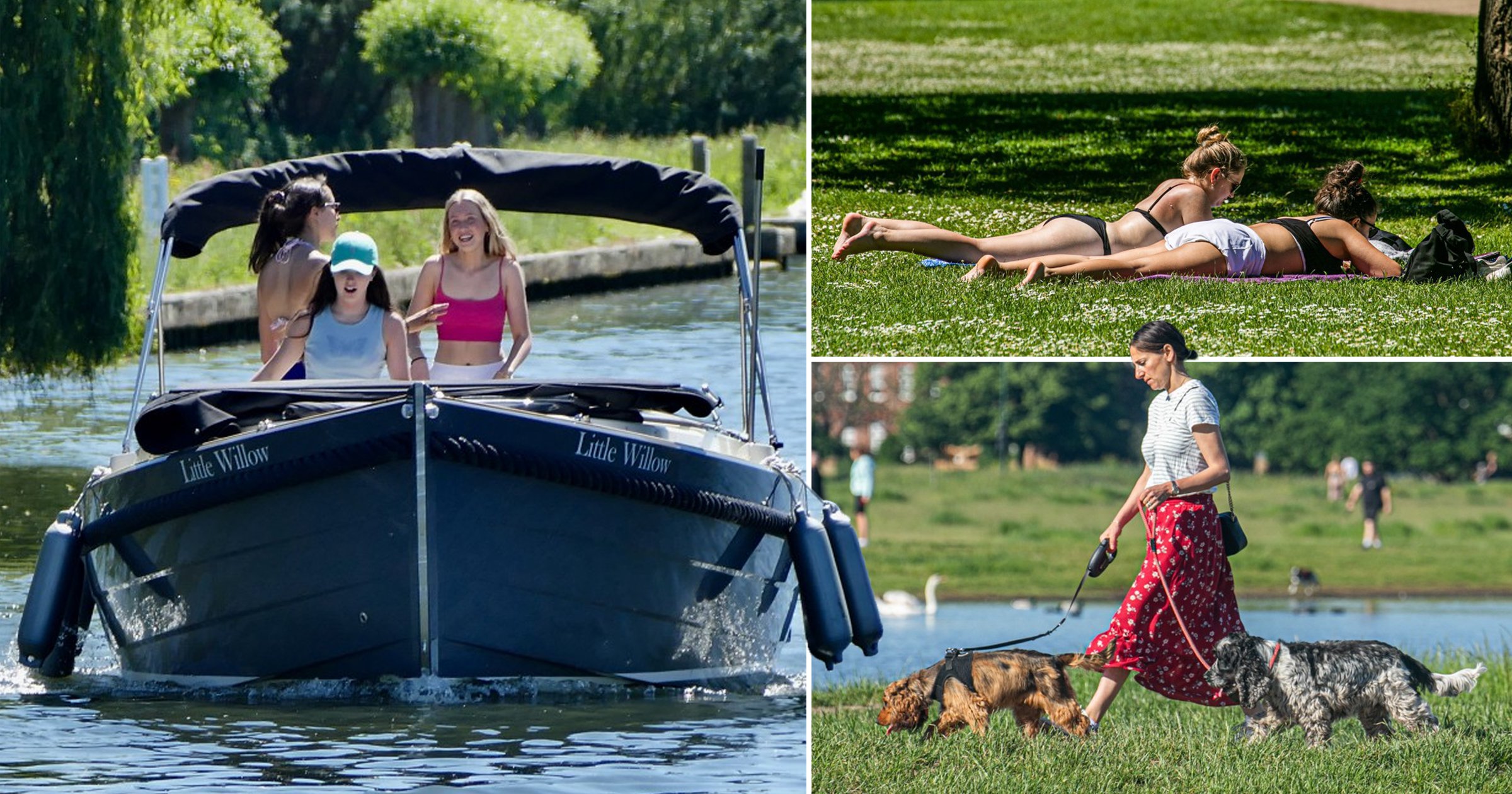 The UK is set to see its ‘warmest weekend of the year’ so far with highs of 29C in London.

Recent sunny weather is set to continue, coinciding with the start of Euro 2020, and Wales’ and England’s first games in the competition.

Friday, Saturday and Sunday will all be warm and sunny with temperatures not seen since last summer expected.

Sunday is predicted to be the hottest day of the year so far, beating the record of 28.3C, set on June 2.

It’s after a week in which much of the country basked in sunny weather after a cold and wet spring.

Met Office spokesman Stephen Dixon said: ‘Friday will be largely fine and dry for much of the country.

‘There is a band of cloud and light patchy rain in the far north-west of Scotland, and there’ll be some showers affecting parts of the west as well.

‘There’s also clouds in the south (of England), however temperatures will remain above average for this time of year and there will be long, warm sunny spells for central and south-east areas in particular. 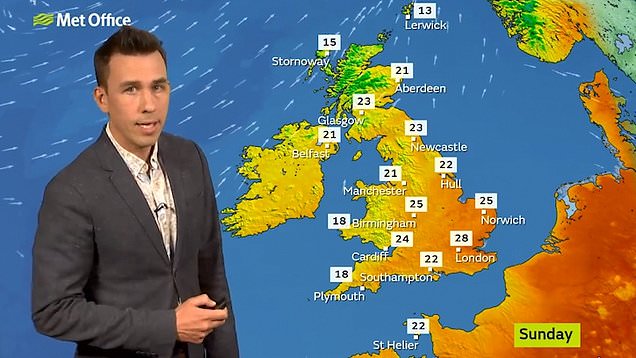 ‘You’re looking at temperatures of mid-20s across the country but in London it could be 27C on Friday.’

In Northern Ireland, Thursday is predicted to be the hottest day of the year so far, with temperatures rising to 22C or 23C.

It comes as the long-awaited football tournament gets under way, a year late due to the pandemic.

On Saturday Wales will play against Switzerland in Baku, with most fans expected to watch the game in pubs or at home.

There may be some showers in the north of England overnight which will clear before the daytime, while low cloud and patchy fog could appear in the south and western parts of England.

‘There will be long sunny periods for most, but there’s a chance some rain could reach the extreme north-west in the day,’ Mr Dixon said.

‘Temperatures will remain above average for this time of year with highs across England generally in mid-20s and 27C in London.’

Sunday, the day which will see England take on Croatia at Wembley, is predicted to be a ‘fine, dry day for most’, Mr Dixon said, with it predicted to be the warmest day of the weekend.

‘It’s going to be warmest in the South but best in the South East and East Anglia. The North West will have cloud with chances of rain in Scotland and some low cloud in south-west coasts but less extensive than in previous days.

A cold front is set to move in next week, lowering temperatures slightly and bringing some rain and thunderstorms on Wednesday and Thursday. But there will also be some sunshine and bright spells as well.

Grass and weed pollen levels are also increasing at the moment, the Met Office tweeted, with the highest levels expected in southern England during the coming days.

Boris Johnson announcement: What time is the PM’s speech tonight, Friday, May, 14?

I thought my crocodile attack twin was dead when her body floated to surface after hearing her screams, sister reveals