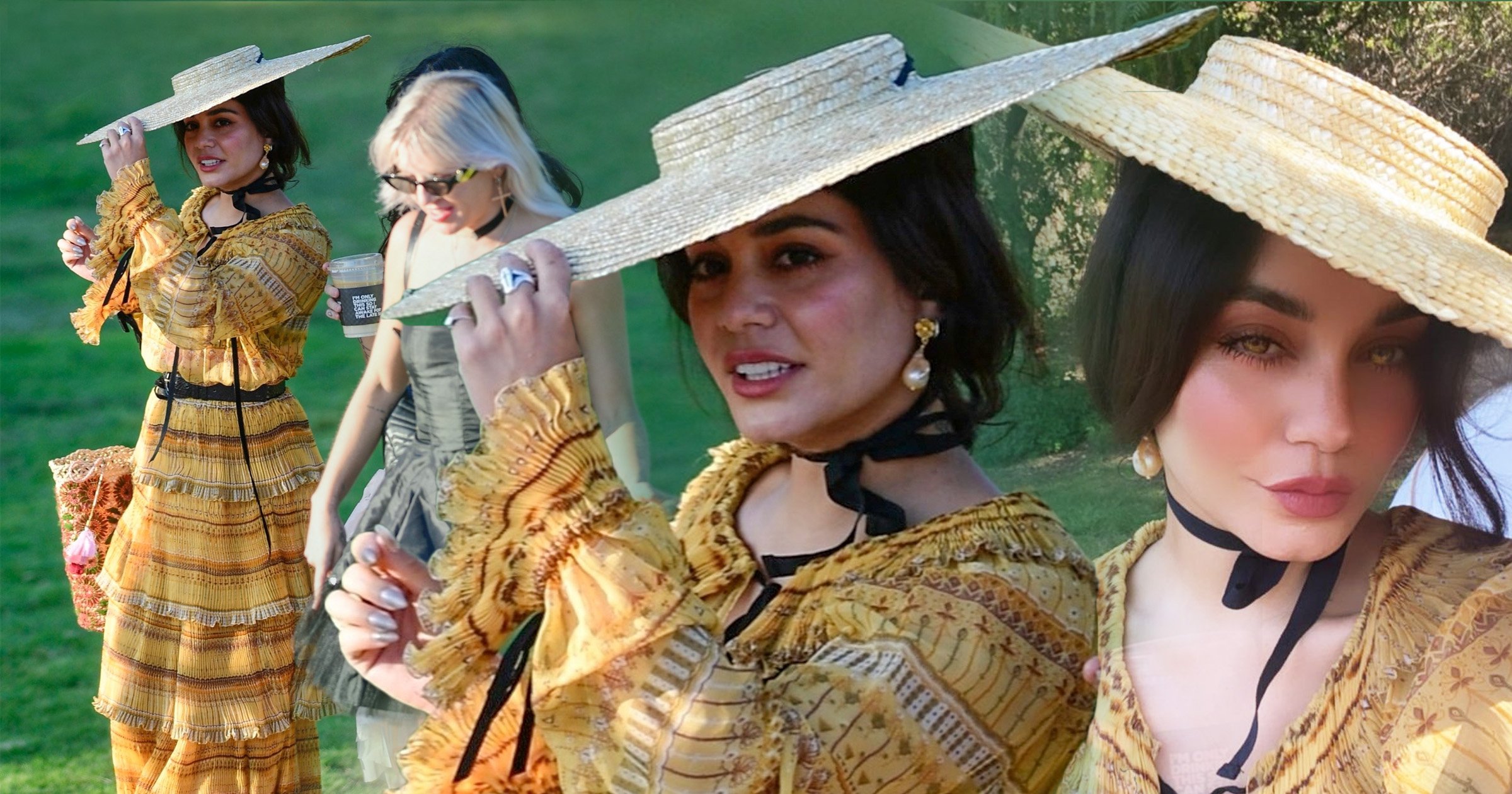 She may have been successful in hiding from the sun but Vanessa Hudgens ensured all eyes were on her when she wore an oversized boater to a birthday picnic for a friend this week.

The actress, 32, donned a large straw hat with a rim that extended way out from the top of her head in a bid to keep the strong rays in California off her.

High School Musical star Vanessa posted snaps of herself to her Instagram Stories as she enjoyed the celebration of her photographer and creative director friend Franz Szony.

The group could be seen sitting on some blankets they’d laid out on the lush green grass as they dined on picnic food and drink.

However, she seemed to be flying solo for the event, with her baseball player boyfriend Cole Tucker, 24, not pictured.

The Princess Switch actress recently opened up about the modern way she met the sportsman – at a Zoom meditation group.

She told Entertainment Tonight: ‘Me and Cole met on a Zoom meditation group. Very random, yes. Zoom, you’ve got to love it.’

She went on to explain how she instantly clicked with the Pittsburgh Pirates outfielder, as she continued: ‘He’s just kind of perfect for me. I am [happy]. I really am.

‘I think that it’s also so important to stay grateful for everything that you have in life. I’ve been making that a priority, and I feel like it’s just been making magic happen all the more.’

The actress was first linked to Cole in November when they were pictured holding hands while out in Los Angeles with friends.

Vanessa then confirmed their relationship on Valentine’s Day by posting a sweet image of the pair sharing a kiss on the lips on Instagram.

MORE : Sinead O’Connor claims Prince was a ‘devil worshipper’: ‘He could make s**t move around the room’

What time is Celebrity Gogglebox on tonight and who is taking part?