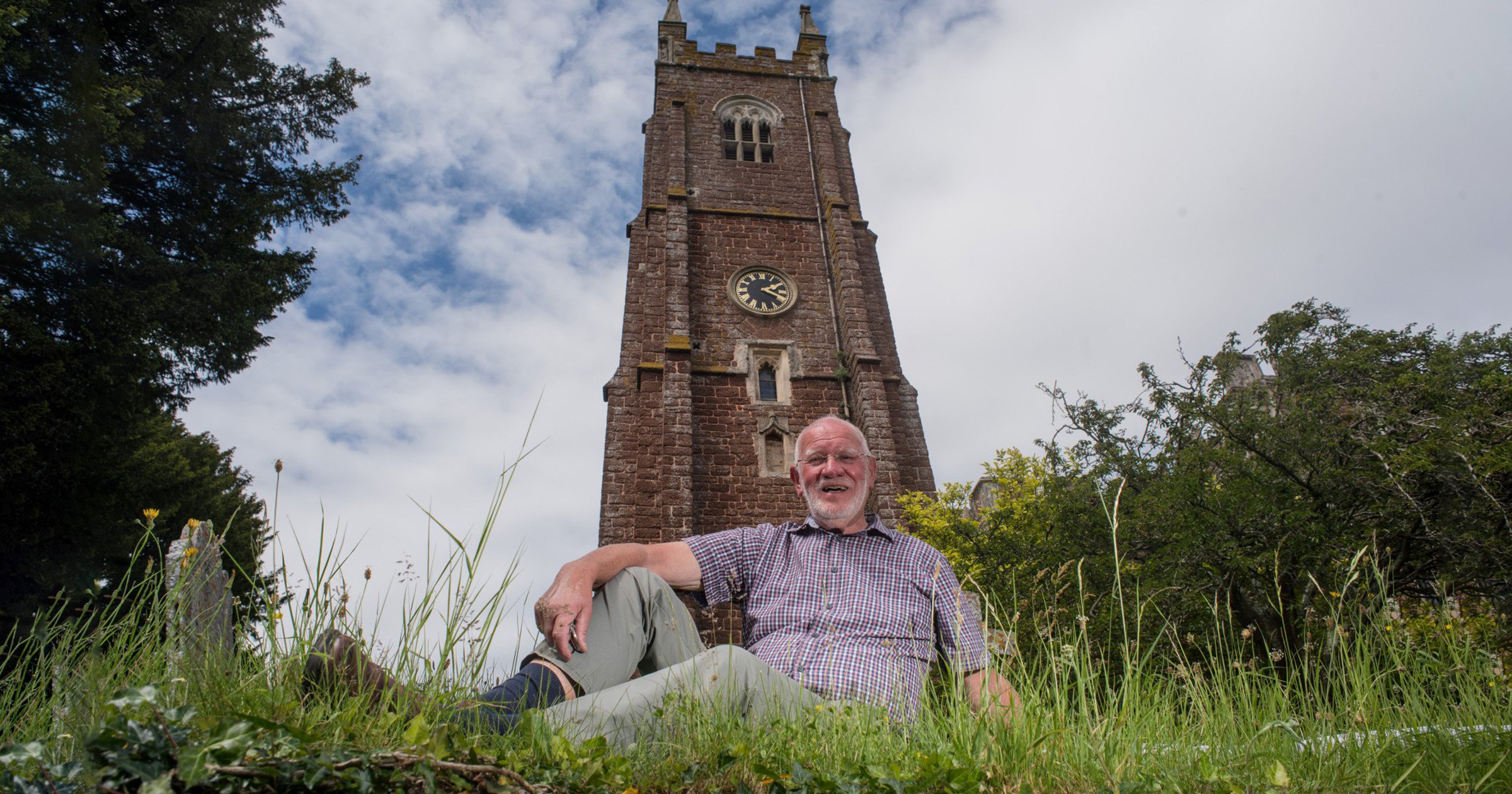 The church bells of a Devon village have been silenced for the first time in their 111-year history because a single person complained.

All Saints Church in Kenton, near Exeter, was subject to a lone noise nuisance compliant and Teignbridge District Council decided to mute its historic chimes.

Villagers have reacted with fury to the decision, suggesting the complainant should ‘go and live in a city’ instead.

Captain of the bellringers Mike Adams, who leads a team of six, is dismayed and willing to go to court over the issue.

He wrote in a Facebook group: ‘The clock was put in the church in 1910 and to my knowledge this is the only complaint in all of that time.

‘I have lived in the village for 78 years and been involved with the clock and bellringing for a long time, as was my father and grandfather.

‘If we lose the clock it will be another nail in the coffin of what appears to be a failing village.

‘The shop has closed, the pub is in limbo and slowly the character of the village is changing. In this instance because of ONE complaint!’

Natasha Windsor-Horne replied: ‘Go and live in a city if you don’t like the church bells.

‘We live right behind the church and love the sound, doesn’t bother us at all, in fact I can’t sleep when they don’t chime.

John Williams said: ‘Those who have kindly donated money over the years to keep the clock running are going to feel short changed. That clock has been chiming through the night for 111 years, through two world wars and provided comfort for many generations.

‘It will be a dark day for Kenton if the silencing through the night happens.’

Councillor Alan Connett confirmed the authority found it to be a noise nuisance and said a solution could be to pay £2,000 for a mechanism which would silence the clock overnight.

Mr Adams said he has turned down the volume on its quarter hour chimes but a sound monitor was installed and the noise is still ‘above the level they find acceptable’.

He added: ‘I don’t know where the complaint has come from as it was anonymous. But they have complained that the clock striking at the quarter and the hour is detrimental to their mental health.

‘On my post I have 87 people commenting and not one has said to stop the clock. There has been outcry in the village as just one person has complained and threatened to stop it.

‘Where is the democracy in that? We are supposed to live in one.

‘It is crazy. The church was built in around 1450 and it is a massive building. It is one of the largest village churches in the country. If you buy a house in the village it is fairly obvious the church is there – and it came before all of us.

‘I am extremely angry and if they want to take the church to court I am happy to go to court and let both sides of the case be heard.

‘I believe we have got the rights, tradition and village character on our side. Just one person has a different view but they can have such an impact.’

A council spokesperson said: ‘We have a duty to investigate noise complaints and we are working with the church to find a satisfactory solution.’

Jobless Brits hide their problems from family and friends as they are riddled with anxiety, new report reveals