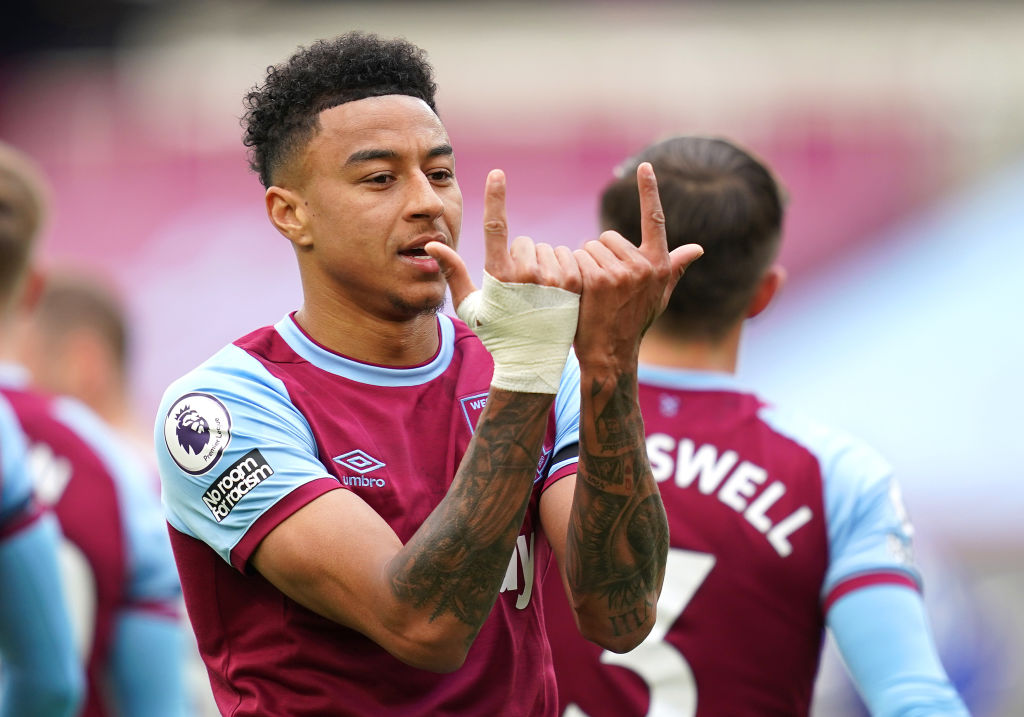 West Ham believe their chances of signing Manchester United star Jesse Lingard have been boosted by the playmaker’s failure to make England’s squad for the European Championships.

Lingard, 28, was included in Gareth Southgate’s preliminary squad for the tournament but he failed to make the final cut as Ben White was announced as Trent Alexander-Arnold’s replacement.

The United midfielder was named in the preliminary squad after a stunning run of form in the second half of the campaign since joining West Ham on loan in January.

Lingard scored nine goals for the Hammers, helping the club to finish in a Europa League spot for next season.

David Moyes has made no secret of his desire to sign the England international but West Ham’s drop-off at the end of the season saw the club miss out on Champions League football, which Lingard craves.

There are also question marks over whether the Red Devils want to recall Lingard, who has one year to run on his deal at Old Trafford.

However, the Sun claim that West Ham are more confident now of pulling off a deal given Lingard will not be put in the shop window during the Euros.

Ole Gunnar Solskjaer’s side curbed discussions about Lingard’s future in the hope that he would shine with the Three Lions this summer and they could be more willing to accept a lower fee now that he’s been left out of Southgate’s squad.

It’s claimed West Ham will now push forward in a move to sign Lingard, who is valued at around £25m by United.

Lingard didn’t make a single appearance for Solskjaer’s side in the Premier League last term and he believes a move away from Old Trafford is the right thing to do at this stage of his career.

Laurence Llewelyn-Bowen on Davina McCall pulling out of Changing Rooms reboot: ‘Why would you choose that?’