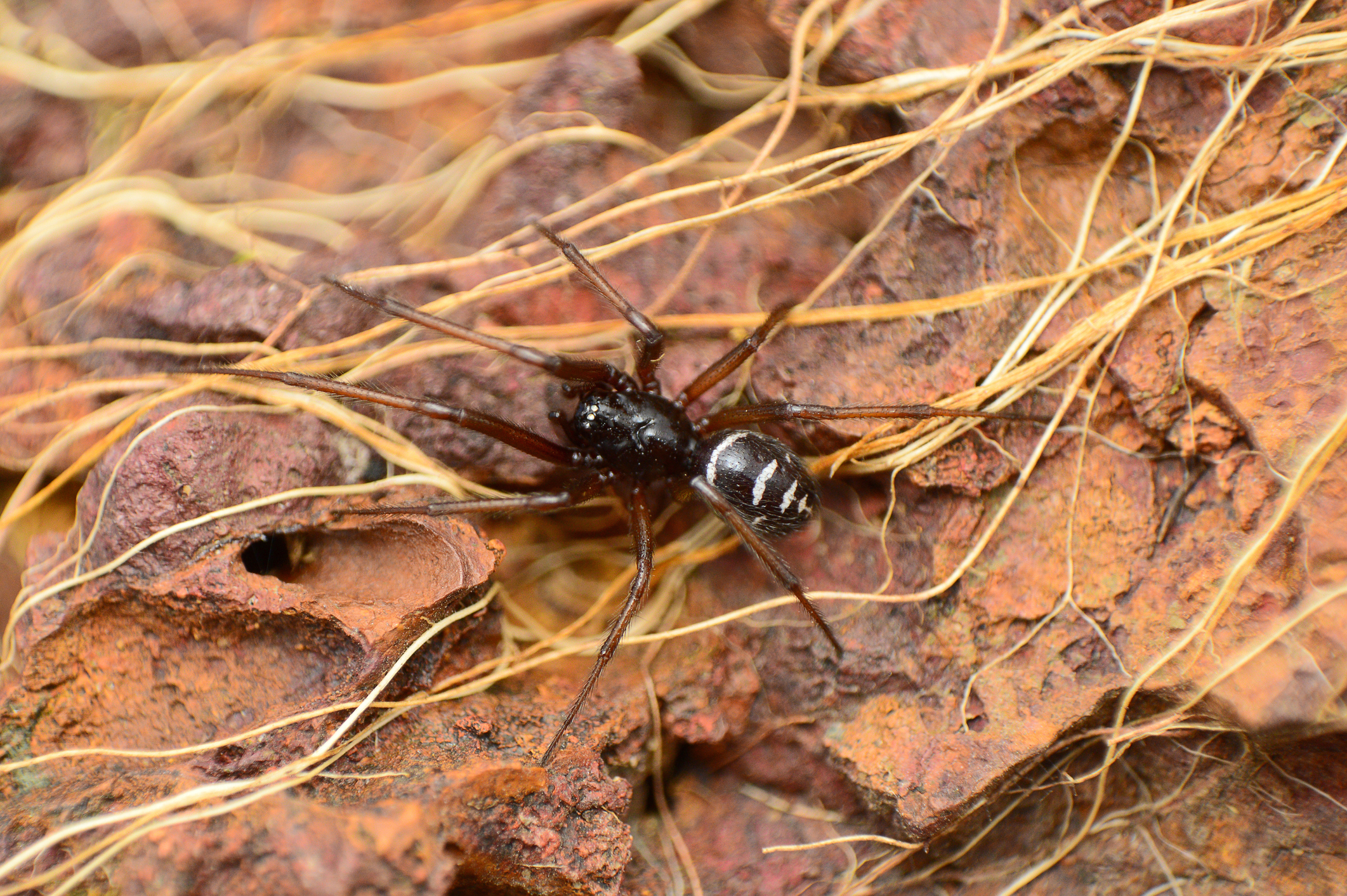 Bites from the noble false widow spider – or Steatoda nobilis, to be scientific – are reportedly on the rise.

Getting tangled in the web of misinformation about these spiders might cause unnecessary panic and alarm, so let’s take a look at these spiders.

What does a false widow look like and just how dangerous are they?

Here’s what you need to know…

What are false widow spiders and what do they look like?

False widows are sometimes confused for black widow spiders and are mistakenly thought to be as dangerous because both have a similar dark-coloured, globular body.

In the UK, the three most common false widows are:

It reaches a body length of between 8.5 and 11 millimetres and usually has a pattern on its body that is described as skull-shaped – which likely doesn’t help with people being fearful of them.

Where do false widow spiders live and where did they come from?

The noble false widow was first recorded in the UK in the 1870s – likely an unexpected import stowed away on cargo ships from their native Madeira and Canary Islands.

But it is only since the 1980s that the species has become a common sighting in the UK, forming established populations in the majority of the southern counties, before spreading northwards.

In parts of Britain and Ireland, it has become one of the most common species of spiders.

Do Black Widow spiders live in the UK?

Black Widows, the much more venomous spiders which these false widows resemble, are very rarely found in the UK.

There are only ever very limited reports of Black Widow spiders being found, usually brought over through trade and imports.

Black Widow spiders do not acclimatise to the damp, cooler conditions in the UK – they thrive living across the warmer areas of the United States (the South and the West Coast) as well as southern Europe and Asia, Australia, Africa, and much of South America.

How dangerous are false widow bites?

A false widow bite looks like most insect bites.

A small hole, or the sting itself, may also be visible. The lump may have an inflamed (red and swollen) area around it that may be filled with fluid.

It’s long been understood that, though false widows do have a venomous bite, the venom is not particularly potent.

A team of scientists from NUI Galway established a DNA database to allow clinicians dealing with cases to confirm the species identity using genetic analysis.

Dr Michel Dugon, head of the venom systems lab at NUI Galway and senior author of the study, said: ‘In addition to their medically significant venom, noble false widows are extremely adaptable and competitive in the wild.

‘Two decades ago, this species was almost unknown in Ireland, the UK or in continental Europe.

‘We still have much to learn about its genetics, origin, behaviour and development. One thing is certain though, this species is here to stay, and we must learn how to live with it.’

What to do if you get bitten by a false widow

Before looking at what to do once bitten, the first piece of advice is how to avoid a bite.

The Natural History Museum states that noble false widows are only known to bite when provoked or trapped against skin.

So, if you do spot a noble false widow, try to keep calm and don’t attack the spider.

Chances are, if you give it enough space to find its way out on its own, it’ll steer clear of you too.

However, if you have been bitten – or think you have – first wash the area with soap and water. A bite spray or antiseptic cream will also help to prevent infection.

Often, the worst side-effects of a spider bite come from secondary bacterial infections or a severe allergic reaction.

If there’s a lot of swelling and blistering or if there’s pus you could already have an infection and to err on the side of caution, you should consider seeking medical advice, from a walk-in pharmacy or describing the symptoms to 111.

Dial 999 if you experience any of these symptoms after a bite or sting:

MORE : Spiders in Britain are more dangerous than we thought, study claims

MORE : What keeps spiders away and how long do they live for?

Birdwatchers scramble to hire boats to see rare bird after it flies 4,000 miles to the UK for first time

Saudi Arabia plans to plant 10 BILLION trees in the desert